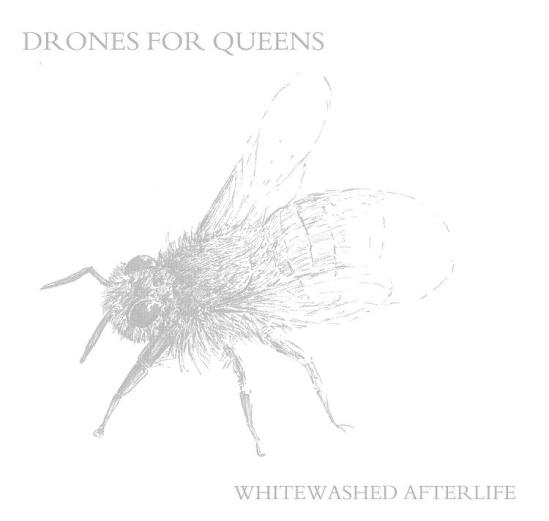 I already wrote about this particular band a few months ago, but here’s the responses I got to some questions I asked Drones for Queens:

VOS: Hi guys, thanks a lot for taking the time to do this! How are you?

VOS: Would you mind introducing yourself and the band for the readers? (It was my understanding that the members pretty much consist of Evan and Shane Madden, are there additional live musicians for shows?)

DFQ: We are [now] a three piece band. We recorded our four-song Health EP before we ever played in the same room together as DFQ. Bob Stokes (Dirt Worshipper, Cloudminder) joined shortly thereafter as bassist. We recorded two newer songs (“Whitewashed Afterlife”/”Grievance Collectors”) as a three piece at the end of 2012.

VOS: How would you describe the band for someone who’s never heard your music before?

DFQ: Drones for Queens is a crossover band. Some people say punk, some hardcore, some grind. We generally don’t favor one particular label over another.

VOS: I know you guys [Evan and Shane] were both members of different bands at various times, like Woe and Woods of Ypres. Can you tell me a little bit about Drones for Queens‘ history? What made you decide to form your own band, and was there a conscious decision to adopt a different style than some of the bands you’d worked with in the past?

DFQ: We have a long history together as musicians. The Green Evening Requiem (Evan/Shane) played many shows with Aperion (Bob) in years past. Bob and Evan collaborate together in Cloudminder as well.

We took our first steps with DFQ while WoY was still functional and touring. There was no conscious decision to branch out in another direction other than having a few fast riffs that we tracked as demos via laptop.

VOS: You just released a two-song EP for free download, following the four-song one that was available previously; is that sort of the plan you intend to follow, recording and releasing a few songs at a time? Or do you guys have something else planned further down the line?

DFQ: We are planning on releasing some tracks as part of a split 7″, and writing for a full length is ongoing.

VOS: It sounds to me like your songs have some distinctive influences ranging from death and/or thrash metal, to hardcore punk — all typical grind influences, but it seems like there are various moments that are more metal or more punk inspired. I’d like to know, who are some of the people or other bands that have influenced you and shaped your sound?

DFQ: We could likely name influences going back ten or fifteen years (like The Crown). A few bands that have released records in the past year or so that we’ve been listening to quite frequently while we are on the road are Martyrdod, Trash Talk, Black Breath, Victims, Dawnbringer, His Hero Is Gone, Unsane…. the list could go on.

VOS: What’s the metal scene like in Philly, and how does it compare with other places you play? Given that [Evan] also operates a touring company, would it be safe to assume you spend a lot of time out on the road?

DFQ: The scene in Philly is the strongest it’s been in ten years. Shows are frequent and more organized than before.

Promoters and bands working together to support touring bands from across the States and Europe. Several new venues have opened as well as an ongoing commitment to the DIY scene in the form of spaces and house shows. Hand-printed merch being made in basements and traded for tattoos and shows.

Evan operates Riff Lifter Touring and gets out on the road as much as possible, whether it be with Population Zero, DFQ, or Cloudminder.

VOS: And the last thing — I’ve been asking everyone this, but I don’t know if you guys will be in town for the whole weekend or if you’re headed elsewhere after tonight’s show — anyway, is there anyone else playing at Winter’s Wake that you would especially look forward to seeing?

DFQ: We have other shows booked for the weekend so we won’t be able to attend the fest, however Vattnet Viskar and Black Anvil are killer live, amongst others who will be playing.

If you haven’t gotten a copy of last year’s Health EP yet, you can do so right here:

Drones for Queens are playing at the Winter’s Wake pre-fest show TONIGHT — Thursday, 21 February 2013, at Gooski’s (3117 Brereton Street, Polish Hill / Pittsburgh). The show gets under way at 9pm.