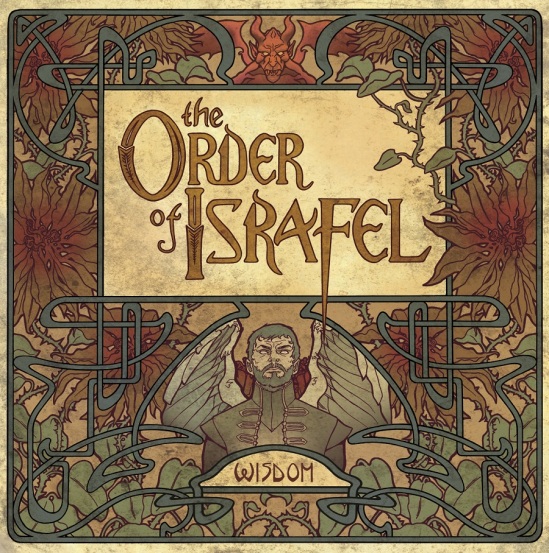 Good afternoon. Today, let’s talk about Swedish doom. First I’d like to call your attention to a band from Gothenburg, whom some of you may not know yet, since they’ve only been around about four years now. In that time, they’ve released two albums — the first almost two years ago, and the second last Friday — both through Napalm Records. We’ll be discussing both of those.

The other band we’re going to cover today, from Stockholm, is likely to already be familiar to every single person reading this: their debut album was released thirty years ago this month, and it literally defined the “Epic Doom Metal” genre. Celebrating that milestone, the band will be releasing a brand-new EP this Friday — which we’ll also talk about today.

The Order of Israfel are named for the Islamic archangel إسرافيل‎, who will be tasked with blowing a trumpet to signal the arrival of the Day of Resurrection. That angel’s name has also been used in the titles of works by Edgar Allen Powe and Aleister Crowley, which should be sufficient for you to understand what to expect here: the nine tracks of the band’s debut album Wisdom are thoroughly drenched in old-school occultist doom metal.

Ranging in length from a minute and a half (“The Order,” which sees the band declaring themselves in unison over traditional heavy metal guitars) to over fifteen and a half (“Promises Made to the Earth,” progressing primarily through slow, ambient doom territory), these songs basically run the gamut of doom-related styles. The slow groove in the early part of the title track gives way to somewhat more blatant Sabbath worship, while “On Black Wings a Demon” veers more into heavy blues-rock; later, “The Earth Will Deliver What Heaven Desires” features more acoustic parts, with folksy-sounding strumming and drumming, while “Born for War” shifts to somewhat of a proto-metal direction.

The band even dabbles in spoken word: “The Vow” consists solely of some sort of Satanic incantation over the course of three minutes; essentially a statement directed toward Jesus of Nazareth from the viewpoint of an Anti-christ figure. Throughout the other songs here, the lyrics — delivered in a slightly nasal-sounding style by guitarist Tom Sutton (ex-Church of Misery) — frequently engage in Satanic (see “Morning Sun (Satanas)”) or occult (“serpents swallow their own tails” from “On Black Wings”) references — even if these sometimes read like an occultist Dr. Seuss (for example, “he has the eyes of a rat, and the wings of a bat” from “The Noctuus”). Nevertheless, this album is a finely crafted example of early doom and heavy metal-inspired material that also manages to feel new and interesting.


Follow-up album Red Robes — released just five days ago — also features plenty of epic doom in the vein of Cathedral or Candlemass, with a few twists thrown in here and there. Opening track “Staff in the Sand,” for example, starts off sounding more folky, like some sort of eastern-European gypsy shuffle complete with fiddles and everything; “A Shadow in the Hills” opens with ominous clarinets and other orchestral instruments, like the score to an old horror movie; and sixteen-minute epic closing track “The Thirst” develops from slow doom into more of a drone/doom feeling later on.

One key difference from the band’s first album to the second is that the themes here are often more folklore-oriented than religion-based: for example, “Von Sturmer” (with its huge crashing cymbals) mentions vampires, while “Shadow in the Hills” seems to be about a mysterious bloodthirsty beast. An even bigger difference, though, is that the vocals here seem a bit more polished, and more frequently employ harmonization. The title track includes some nice chanted harmonies, and most of the vocals in “Swords to the Sky” (by the way, check out that cowbell thrown in near the end, seeming like a nod to their classic metal forefathers) combine two or more parts, often sort of subdued. “Fallen Children” mostly uses a single vocal part, dark and plaintive, to accompany its acoustic guitar figure, but later this part is nicely harmonized as well. One last highlight is “In Thrall to the Sorceress” — no harmonies here, but I particularly enjoyed the rather catchy vocal melody that closely follows the guitar riffs. 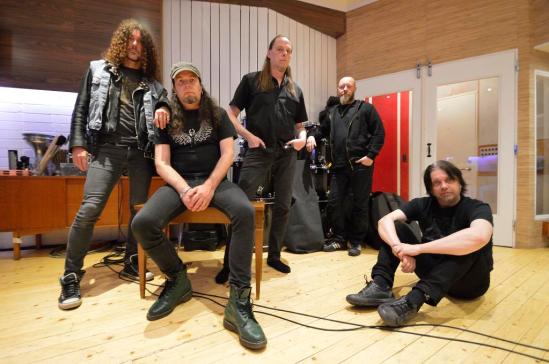 Celebrating the thirtieth anniversary of their debut album, as I had mentioned earlier, Death Thy Lover is the first brand-new Candlemass material to come out since 2012’s Psalms for the Dead — which, by the way, was described at the time as being “the last album they [would] ever make.” Founding bassist and main songwriter Leif Edling has reportedly been suffering from some health issues over the past few years, and the latest word from the band is that another album might be possible, pending his condition.

While Edling has been the only constant member since the earliest formation of the band, with various supporting players having come and gone through the years, the current line-up includes a number of folks who have been part of the group (while not necessarily continuously) for a very long time. Guitarist Mats Björkman was around in the days of Epicus Doomicus Metallicus, while guitarist Lars Johansson and drummer Jan Lindh each first joined the band back in 1987. The latest in a line of highly talented vocalists who have spent time fronting Candlemass (which doesn’t even include Johan Längquist, who had performed on the debut album but never actually was part of the band), newcomer Mats Levén has just recently been made an official member, though he has been the vocalist for Edling‘s side project Krux since it formed in 2002.

The new four-track EP will sound comfortable and familiar to long-time fans of the band: many of the vocals here are a bit deeper than some of the band’s past singers’ have been, but Levén‘s range appears to be more similar to the singing on the debut record. Particularly on the middle two tracks: “Sleeping Giant” definitely replicates that classic epic doom sound, while the repeated “sleeping, sleeping giant” in the chorus would be right at home among songs like “Crystal Ball” or “Demon’s Gate.” “Sinister n Sweet” also is a great example of traditional epic doom, while alternating with sections that are slow and ballady, again making excellent use of the new singer’s voice.

Those two are bookended by the title track — which speaks of Death as a personification; with its twin guitar parts often quick and sometimes almost bouncy, this dark and mysterious song comes across as practically more NWOBHM than doom; and lastly, “The Goose,” an instrumental track which features very slow, very heavy pounding on the drums, guitar riffs that skip around a bit, and a great wailing guitar solo near the end. Given the high quality of this EP, I certainly hope we can look forward to more releases from this line-up in the future. But if that is not in the cards, this seems to neatly tie up an incredible decades-long career and bring everything full-circle. In other words, I’d hate for this to be the last we hear from Candlemass, but it would be a worthy and fitting swan song.

You can grab copies of Wisdom here, Red Robes here, and Death thy Lover here.