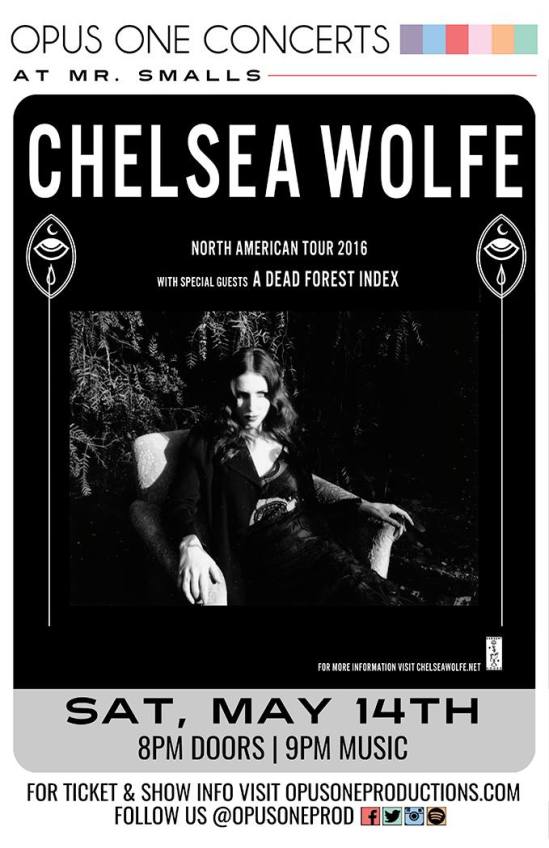 Tickets are on sale NOW at Ticketweb… OR you can WIN a pair of tickets FREE, courtesy of Opus One Productions and Valley of Steel! Keep on reading to find out how… 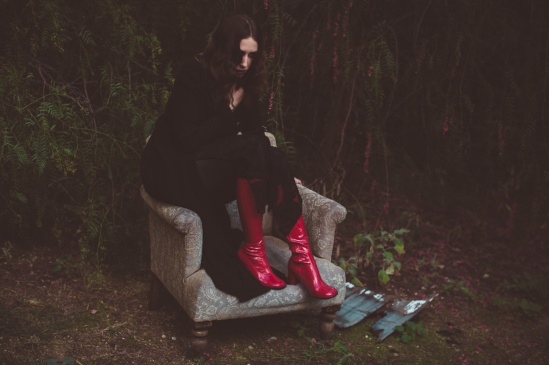 As you know, around here we deal mainly (but certainly not exclusively) with metal and heavier music. So it may not be surprising that my first exposure to Chelsea Wolfe was that time she appeared as a guest on that Russian Circles album (on this song), and then went on tour with them. But as it turns out, the Californian singer/guitarist has been creating her own unique brand of ambient/experimental/drone (with hints of gothic/doom and various other assorted influences thrown in for good measure) for years — including numerous EPs, singles, and videos, plus five full-length albums. The latest of these, Abyss — released last August by Sargent House — was described by Wolfe as having “the feeling of when you’re dreaming, and you briefly wake up, but then fall back asleep into the same dream, diving quickly into your own subconscious,” inspired by the songwriter’s struggles with sleep paralysis. “I was so struck by that visual,” she said, “the drop into the abyss of one’s own mind, allowing yourself to feel things you’ve hidden away, bringing them front and center. That became the goal of this album.”

Currently touring Europe with Converge (details here) and culminating with a performance at this weekend’s Roadburn Festival, Chelsea and her band will be returning home for a series of North American dates running about a month and a half (details here) with fellow Sargent House band, A Dead Forest Index from New Zealand, before the summer festival schedule starts. Right in the middle of all that, the tour will be hitting Pittsburgh, with an appearance at Mr. Smalls Theatre in Millvale, where I expect the lovely acoustics of this former church will be the perfect channel for the inventive soundscapes.

This contest is now closed. Thank you to everyone who entered! Keep an eye on this page for more ticket giveaways to be announced in the near future!

UPDATE: This contest is now closed. Thank you to everyone who shared the announcement on Facebook!

UPDATE: This contest is now closed. Thank you to everyone who retweeted the announcement on Twitter!