This was me on Christmas Eve. In a couple hours, this’ll most likely be me again.

Good afternoon, Dear Readers, and a Happy Fucking New Year to you all! I hope you enjoyed the collection of top-ten lists I published yesterday!

Before we finally put 2012 to bed, though, here’s a quick supplemental post to go along with my personal contribution to that conglomerate of lists. I’m calling it…

END_OF_DOCUMENT_TOKEN_TO_BE_REPLACED

Well, friends, here we find ourselves in the waning moments of 2012. It’s been an interesting, eventful year that’s had lots of high and low points — a ton of excellent new music has been released and quite a few brand-new bands have emerged that I’d fully expect to be making some serious waves in the near future.

One of the best things about 2012, for me personally, was that I found myself (and my wife) going to lots more shows than in recent years, and as a result I’ve been fortunate to meet a lot of new people — as well as starting to take a way more active role in the local music scene.

Anyway, a few weeks ago I had a suggestion from one of those people I’ve gotten to know in the past year (I won’t say who — he said he preferred not to be given credit for the idea, although I will say that it’s somebody who contributed to this). The idea was to collect top-ten lists from various folks in the Pittsburgh metal community.

So I put out an open invitation for any musicians or other people who are involved in the scene in some way — I was looking for anything, whether it was the traditional “Top Ten Albums” or something totally off-the-wall like someone’s ten favorite sandwiches they ate during the year. Really, the only rules were that it had to be a list, and involve something from 2012.

END_OF_DOCUMENT_TOKEN_TO_BE_REPLACED

Folks, if you’ve had your ear to the ground over the past few months you might have noticed that there has been some rumbling coming out of the dark underworld of hardcore. There has been so much hype swirling around the crusty, grimy beast known as Meth Quarry lately, that the band has reached a nearly mythical status — without having played a single show yet!

But all of that is about to change, because these guys are finally ready to come crawling out of the dank cellar of Pittsburgh’s underground and expose the good people of the Steel City to their grim “dirge” hardcore style. Last weekend I met up with the quintet (guitarists Chris Smith and Kevin Hogue, bassist Aaron Kaczynski, vocalist Adam Joseph Bailey, and drummer Brandon “Fluffy” Baker) to talk about the story of the band’s formation and what sort of things they’ve got on the horizon — I joined them at one of their rehearsals, which took place in the basement of Kevin’s house, so when I say “crawling out of the cellar” I actually mean it literally…

END_OF_DOCUMENT_TOKEN_TO_BE_REPLACED 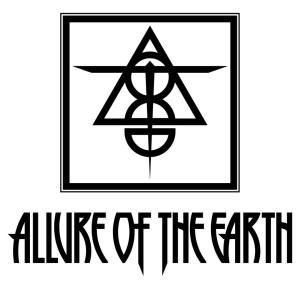 *** NOTE: ALL THE FINAL DETAILS FOR THE WINTER’S WAKE FESTIVAL HAVE BEEN COLLECTED AT THIS LOCATION: https://valleyofsteel.net/2013/01/28/winters-wake-2013-presented-by-allure-of-the-earth/ ***

At this moment the nearly-complete line-up is scheduled to run as follows:

So that’s where things stand as of right now.

LAST UPDATED 10 January 2013: There will be a pre-show (no details available yet) on Thursday the 21st! More information about that, plus the full details (including venue and ticket information) for the festival will be announced very, very soon. We hope. Any further information will be shared with you here at Valley of Steel, as soon as we learn anything ourselves! Stay tuned! 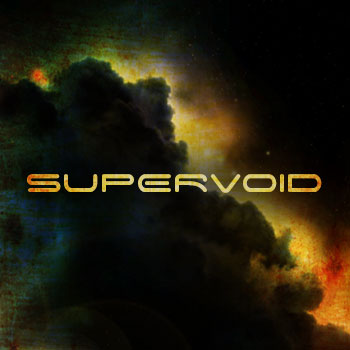 Good afternoon, all you fine people! How are things where you are? Here it’s been rainy and nasty, and of course it’s Monday which is never good, but I’m actually feeling pretty good. For one thing, the day’s over, which means I get to go home. But mostly, I’m starting to feel healthy again!

You may have noticed things have been quiet around here for a while. Part of the reason is all the normal crap that keeps me busy and unable to write as often as I’d like to. But a bigger part — at least for the past two weeks or so — is the fact that I have felt like absolute garbage. My normal yearly sinus infection, which tends to completely drain my energy and make my whole body tired and sore for a few weeks (plus my chest, throat, nose and sinuses feeling congested and clogged — which is miserable enough as it is, but also makes it tough for me to listen to music because my ears don’t work right and my head hurts from feeling stuffed up and in general I’m in a very foggy and cloudy state). But I’ve been to the doctor and got some antibiotics, and they’ve finally started taking effect over the past day or two, so I definitely feel like I’m on the road to recovery.

I’m still pretty exhausted and blah, but no more than on any other workday. So, hooray for just feeling marginally lousy, rather than completely and utterly terrible! BUT ENOUGH ABOUT ME.

With a few exceptions, I’ve really been slacking as far as writing anything here, and I’ve been especially remiss in my duties to share new music with you readers. Here it is, nearly the end of the year, and I’ve got a virtual stack of music I’ve yet to write about, which figuratively is towering over me as I sit here. I’d better get moving!

Here, for example, is something that I’ve been hanging onto for the past few weeks, and kept meaning to write about and share with you — because it’s a really incredible discovery, and I sure hope you all aren’t upset that I didn’t tell you about it sooner!

Endless Planets is the debut release from a relatively new band from the Pittsburgh area called Supervoid. Formed in 2011 by a couple Dethlehem ex-pats, and current and/or former members of several other bands across the region, the band decided to take time to perfect their style of space-rock/stoner/psychedelic/prog-metal before revealing themselves to the public. (By the way, check out this interview with The Sludgelord for more information about the band’s formation and their journey up to this point in their career.)

They had their debut performance at the end of August, and a few more shows since then, attracting a good bit of attention in the local music scene along the way. During that time, the band got together at Pittsburgh’s Treelady Studios to lay down some demo tracks — which they then decided to release in the form of this two-song EP.

Clocking in at around sixteen minutes, Endless Planets serves as a great introduction to Supervoid, as it showcases the band’s talent and is representative of the range they span as performers and songwriters. Plus, it’s available to download for free, so you have no reason not to grab yourself a copy — and once you do, you’ll understand why everyone who has seen this band has been so impressed, and you’ll find yourself anxiously watching to see where this quintet is heading next…

END_OF_DOCUMENT_TOKEN_TO_BE_REPLACED

*** NOTE: ALL THE FINAL DETAILS FOR THE WINTER’S WAKE FESTIVAL HAVE BEEN COLLECTED AT THIS LOCATION: https://valleyofsteel.net/2013/01/28/winters-wake-2013-presented-by-allure-of-the-earth/ ***

Good afternoon, folks! We are getting closer to knowing the full line-up for next February’s two-day Winter’s Wake festival!

As revealed last week, this Allure of the Earth Productions event is taking place between Friday and Saturday, 22-23 February 2013, in Pittsburgh.

Dream Death, Blood Ceremony, Occultation, GNAW, Vattnet Viskar, Vit, and Vulture were all included in that initial announcement, but today there are four more bands confirmed:

Once again, there’s a lot to be excited about here… and I’ll be sure to update you readers with plenty of information about all of these bands sometime before the show happens, so keep watching this spot!

Also, over the next several days AOTE is expected to finally reveal the remaining bands (which includes one more headliner), in addition to ticket information and everything. So stay tuned for that, too!

So over the course of the past year or so, you’ve been following along with everything I’ve written, including all the mentions of Washingtonian heavy fuzz-rock band Borracho, right?

Including when I named their album Splitting Sky as one of my Top 11 of 2011 over at No Clean Singing? (Which reminds me, I promised to send them another list this year, so I guess I should start thinking about that, huh?)

Presumably, on my recommendation, you went straight out and bought a copy of that album. Now, if you got the CD or the digital download (including the download that comes free with the vinyl LP), then you are lucky enough to have the full album including the massive epic final track “Plunge/Return”.

However, if you do have that vinyl edition, you probably noticed that it’s about eleven and a half minutes shorter than the digital formats — because that last song just didn’t fit. And even though you have listened to the version you downloaded, the purist in you wishes that you had all of the album’s tracks on vinyl, right?

Well finally, your prayers have been answered.