In the VIP balcony at Mr. Small’s Theatre (Pittsburgh), February 2013

EDITOR’S NOTE: for nearly two years, the Arkansas melodic doom quartet Pallbearer has been among my wife’s absolute favorite bands. I know she’d been eagerly snapping up every available bit of information leading up to the release of their second album; now that it’s been released, we listened to it together, and she had some strong reactions and opinions — so I asked whether she wanted to write something about it. So here is her review of Foundations of Burden. 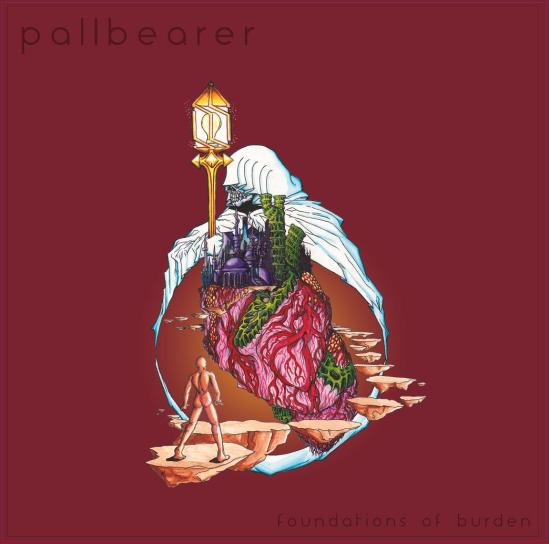 reviewed by Mrs. Valley of Steel

I first heard Pallbearer in December of 2012 on accident. I was scrolling through Facebook and saw a video that someone had posted, which I thought was something else. I clicked on it, I listened and I had no idea what I was in for ultimately. I have to admit, I felt an immediate kinship to this music. For much of my life, I have felt an attachment to a darker side of my personality; I often embrace being melancholy and don’t always see it as the burden that some people do with those types of emotions. Pallbearer definitely tapped into that for me. I felt instantaneously connected to each riff and sludgy chord. I can tell you without a shadow of a doubt, this band is mainly responsible for so much of the music I have discovered in this journey with my husband over the past three years. It’s clearly felt personal to me and I am sure, with all the recent hype, that I am not the only one who enjoys dwelling in the despair.

END_OF_DOCUMENT_TOKEN_TO_BE_REPLACED

Well holy crap. When did this happen — I can’t believe it’s more than halfway through August already! (Well, to be honest, just the fact that we’re more than halfway through 2014 seems kind of insane…) The past month or two has completely been a blur to me, mostly in regards to craziness at work. My company bought another company, adding tons of extra paperwork for us pencil-pushers, exactly at the same time that someone in my department who’d had lots of responsibilities had to suddenly go out on medical leave. Add in all the usual week-long summer vacations that people tend to take, plus new temps who’ve needed training as they’ve come and gone randomly over the past several weeks, and I’ve barely been finding time to breathe or eat (let alone sit still long enough to even LISTEN to much music, nevermind trying to actually WRITE anything!)

But I have had the chance to listen to some stuff recently — some really good stuff — and gradually things will be settling down a bit. And anyway, I don’t want you to think I’ve forgotten about you, readers! So I’ll be trying to take advantage of what little freetime I can find (for example right now I’m writing this intro on the bus at 4:30 am, instead of sleeping, since I found myself inexplicably unable to sleep most of last night anyway), to share with you some new releases that you really ought to hear. Besides, this particular EP I’d like to tell you about today is only sixteen minutes long, give or take, so I’ll try to keep this relatively short.

END_OF_DOCUMENT_TOKEN_TO_BE_REPLACED 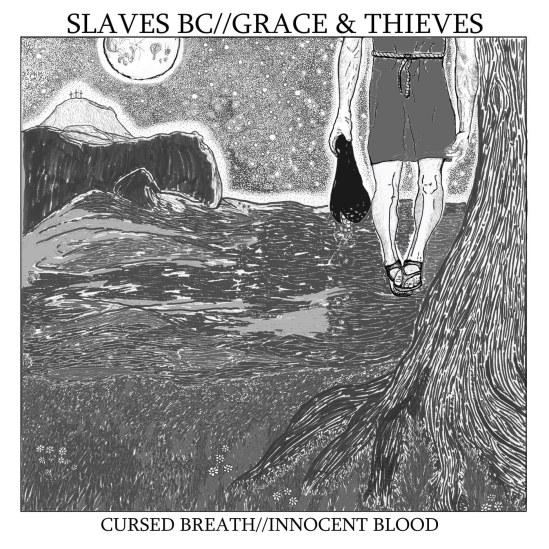 The split record is an interesting concept in the music industry. The vinyl EP or LP or cassette with (usually) one band on each side, or the more modern CD or digital release with tracks contributed by two (or occasionally more) bands — these frequently fall into a couple different categories. Sometimes bands will be such kindred spirits, sharing all the same influences and each representing a similar approach to their particular genre, that it seems completely natural for them to work together; in these cases the bands probably already have a huge overlap in their fan bases, but the split will surely be a treat for those people who already like both bands. On the other hand, many joint releases are the result of bands who are close friends — perhaps they live in the same city and play shows together all the time — but who actually have little else in common; the result here is that die-hard “completist” fans of either band will end up buying the record, but probably few of them will listen to the flip side more than once (if at all).

In most other cases, two bands are brought together by songs third party: perhaps they share management or PR representation, or belong to the same record label’s roster. These could be marketed to fans of each band or just people who may have been familiar with some of the other output from that label (or whatever); it becomes an efficient way for listeners to “test drive” bands, without having to take a chance investing in a full length from someone unfamiliar. Ideally, the person putting together the release will have done some homework (or just have good instincts) and pair up artists who are different enough to attract a wide range of listeners, yet share enough of a common bond for both sides to appeal (at least to some degree) to that whole audience.

And if you ask me (and technically, by clicking on this review and reading these words I wrote, you did ask me — at least implicitly), the Veritas Vinyl label has accomplished this successfully with their Cursed Breath / Innocent Blood 12″ which officially comes out today. This split brings together bands that employ two rather disparate styles of metal (one leaning in a blackened direction, the other sticking with a more old-school doom and traditional heavy metal sound), but they each combine their respective patois with a foundation heavily influenced by hardcore/noise and/or hardcore punk.