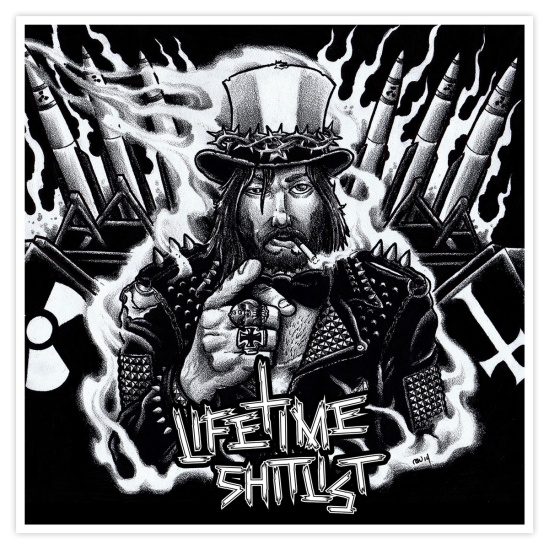 Well holy crap. When did this happen — I can’t believe it’s more than halfway through August already! (Well, to be honest, just the fact that we’re more than halfway through 2014 seems kind of insane…) The past month or two has completely been a blur to me, mostly in regards to craziness at work. My company bought another company, adding tons of extra paperwork for us pencil-pushers, exactly at the same time that someone in my department who’d had lots of responsibilities had to suddenly go out on medical leave. Add in all the usual week-long summer vacations that people tend to take, plus new temps who’ve needed training as they’ve come and gone randomly over the past several weeks, and I’ve barely been finding time to breathe or eat (let alone sit still long enough to even LISTEN to much music, nevermind trying to actually WRITE anything!)

But I have had the chance to listen to some stuff recently — some really good stuff — and gradually things will be settling down a bit. And anyway, I don’t want you to think I’ve forgotten about you, readers! So I’ll be trying to take advantage of what little freetime I can find (for example right now I’m writing this intro on the bus at 4:30 am, instead of sleeping, since I found myself inexplicably unable to sleep most of last night anyway), to share with you some new releases that you really ought to hear. Besides, this particular EP I’d like to tell you about today is only sixteen minutes long, give or take, so I’ll try to keep this relatively short.

Lifetime Shitlist is a collection of six songs by the Maryland-based band of the same name. It was recorded and released earlier this summer by Grimoire Records, which has come to represent a high level of quality in this reviewer’s opinion (for example, see some other items from their roster I’ve written about; also, FYI, I’ve learned that later this year the label will be recording the debut full-length from the always-excellent Dendritic Arbor!)

The songs here — almost all of them right around two and a half minutes long — are loud, fast, and nasty. Just As Nature Intended™. Infusing a punk attitude into a metal aesthetic, they come across like a much heavier version of Motörhead. With plenty of feedback and distortion, a rumbly bass with a sweet dirty tone, and the occasional hint of d-beat and grind influences, Lifetime Shitlist may be just what the doctor ordered to jolt you awake from a miserable, lethargic morning. I’d especially suggest checking out the second track, “Burn the Temple” — it runs at least a whole minute longer than any of the others here, but also serves as the EP’s most catchy and memorable moment: that chorus seems custom-made for mic-grab shout-alongs.

Check out the EP at Bandcamp (hit play on the thingy below), then grab yourself a copy on cassette or CD here!