Here’s some news that just popped into the Valley of Steel inbox: Greek psychoexperimental black-ish-metal sextet (more on that later) Hail Spirit Noir have a new deal with Poland’s Agonia Records, with a new album planned in just a few months!

This is especially exciting considering that each of the band’s first three albums (Pneuma, Oi Magoi, and Mayhem in Blue) all found their way onto our best-of lists for 2012, 2014, and 2016 respectively. So needless to say, our expectations will be high for this new one…

END_OF_DOCUMENT_TOKEN_TO_BE_REPLACED 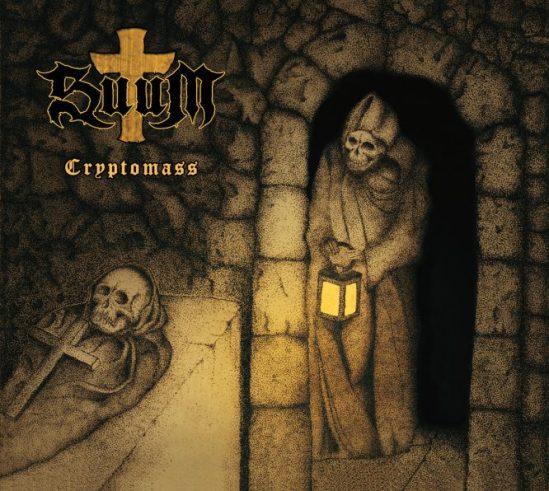 Have you ever been tricked by an album cover? Like, you got totally drawn in by this mesmerizing artwork that so perfectly encapsulates a particular mood — but then you listen to it and the music sucks, or at least it completely fails to match up with your expectations based on its exterior?

Or looking at it from the opposite side: how often has poorly-designed and/or conceptually uninteresting imagery caused you to bypass listening to something, which for all you know could have ended up being your new favorite record if you had actually given it a chance?

Well, today we’ve got the rare treat of an album whose outward appearance exactly lines up with its internal contents, Cryptomass — the sophomore release from Roman doomsters Suum, which emerged mere days ago from the decaying catacombs illustrated above (and credited to the band’s guitarist, “Antonio Painkiller“), by way of Ohio’s Seeing Red Records.

END_OF_DOCUMENT_TOKEN_TO_BE_REPLACED 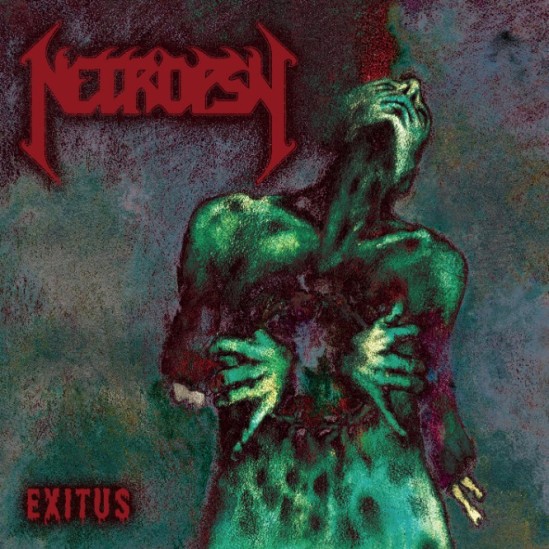 It’s hard to believe, but here we are in mid-February and once again the temperature here in Pittsburgh is right around 50° (that’s 10° to you non-Americans)! Believe me, I am not complaining one bit, but we’ve really had an atypically mild winter so far. But we can still get into the winter spirit if we so choose, by tailoring our musical selections accordingly. Frigid black metal often helps, but another way to embrace a similar mood could be with Scandinavian doomy death metal. That’ll be our agenda for today.

Formed over 30 years ago in the city of Lahti (southern Finland), and having undergone a couple name changes, several line-up changes, and even a decade-and-a-half hiatus; Necropsy re-emerged in the late ’00s, finally following up a long series of 1990s demos with full-length albums in 2011 and 2015.

This January ushered in the release of a brand-new 4-track EP, that showcases the band putting the brakes on its typical death metal tempos, transitioning into a somewhat slower and doomier style. And now that you’re all caught up on historical facts, let’s check out Exitus!

END_OF_DOCUMENT_TOKEN_TO_BE_REPLACED

Ripple Music announces the second annual Ripplefest, to be held next month in Cologne, Germany!

Featuring seven stoner/doom/retro-rock bands from four different countries, the all-day festival will also serve as an unofficial launch to the label’s tenth-anniversary celebrations…

END_OF_DOCUMENT_TOKEN_TO_BE_REPLACED

As much as I hate to admit it, during the almost eight and a half years I’ve been administrating this website, I have amassed a list of literally hundreds of albums I’ve hoped to find time to write about and share with you folks. Realistically I know I won’t ever get through ALL of them, but at the moment I am striving to keep up with the new ones as well as I can so it doesn’t get any worse; and if I can knock off an older one here and there while I’m at it, wonderful.

So having said that, here’s a record that just came out within the past month, as well as one that’s been sitting on my to-do list far too long. Both are by Seattleite trio Rat King, released on their own label Within the Mind, and both were recorded by the legendary Mr. Tad Doyle — but that’s pretty much where the similarities end. As you will soon discover. Please to enjoy!

END_OF_DOCUMENT_TOKEN_TO_BE_REPLACED

Hello there! Today we’re going to take a look at a split record that’s been generating a little bit of buzz since it came out last month, but not nearly as much as it should — considering the caliber of the two bands who released it (Californians Body Void and Keeper).

The first of those is surely familiar to even occasional readers of this website, as we’ve discussed their work multiple times before — and they’ve managed to land on our Top ## of 20## lists each of the past three years.

But I realize at this point that we have never mentioned Keeper previously, which is really a shame because they were involved with another fantastic split LP that came out about five years ago, along with Brightonian band Sea Bastard. Somehow we just never got around to covering it, so to rectify that error, let’s revisit that one today as well. So you can have a little “bonus review” as a treat.