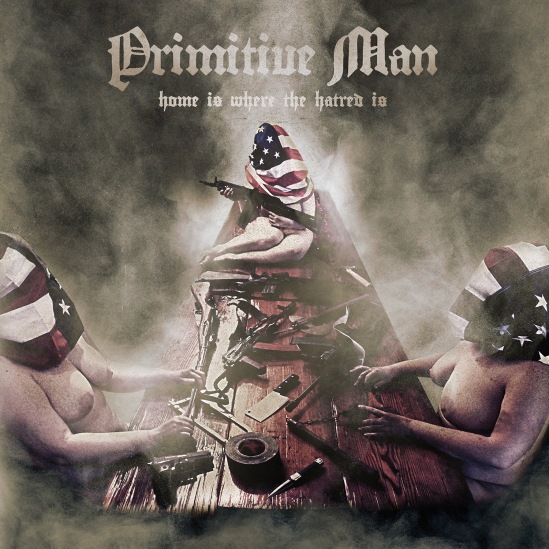 Primitive Man – Home is Where the Hatred Is (Relapse Records, 17 February 2015)

Hey, everyone. Today I’ve got two items to discuss with you, involving Denver-based vitriolic sludge-spewers Primitive Man. It seemed like a good time to share these, because I’m excited that they’ll be coming here to Pittsburgh next week. For those of you who live around here, don’t forget you can win a pair of tickets to that show, but today’s post is for everyone no matter where you live.

First will be a split record that Halo of Flies put out two years ago, which pairs the band with Copenhagen natives Hexis. That will be followed by last year’s Home is Where the Hatred Is EP, which ended up with a slot on my Top 15 list. Yesterday I promised a week full of angriness and ugliness. Don’t say I didn’t warn you.

END_OF_DOCUMENT_TOKEN_TO_BE_REPLACED

It’s Monday and I’m tired and crabby and I don’t really want to be here and I just want to punch everything and everyone right in the damn face. It probably wouldn’t be advisable to do so, because there’s a good chance I’d end up losing my job — and despite what you might think based on how much bitching and complaining I do, that would probably not be a good thing. So as per usual, I’m stuck keeping all that annoyance and rage bottled up inside, with no real outlet through which to channel it. The best I can do is try to calm my nerves by grabbing a pair of headphones and blocking the whole world out with something loud and angry and particularly ugly. In fact, looking ahead at the schedule for the rest of this week, #SpoilerAlert, there’s going to be a lot of angry and ugly going on. So stay tuned for that.

To start off the week, we’re going to visit with St. Louis ultra-doom trio Fister. It’s been nearly three years since I wrote about their Gemini album on the day they were coming here to Pittsburgh with their friends and neighbors The Lion’s Daughter. At that time I had mentioned that there was quite a bit of stuff in the Fister discography, including a split record with The Lion’s Daughter, and that I had chosen to listen to Gemini (and share it with you folks) simply because it had been their most recent release at the time. Well those guys have continued to be pretty active since then, both touring and recording, and I figured it’s about time we checked back with them.

In particular, I thought we could take some time to check out a couple more records that have come out over the past two months. (There’s much more out there on Bandcamp, if you’re curious, but for practical reasons I had to limit myself to two releases to discuss today.) The first will be a split 7″ with Teeth from California, and the other is a split with Dopethrone from Montréal.

END_OF_DOCUMENT_TOKEN_TO_BE_REPLACED

Hey! Did you enjoy Monday’s post about old-school occult/doom metal? I hope you did, because [[SPOILER ALERT]] there’s plenty more where that came from. Today we’ll be taking a look at another pair of bands who fit that description: Pilgrim and Blizaro.

As it turns out, each of these bands will be joining together with Castle on a handful of their upcoming tour dates (which we had discussed yesterday); one of the shows Blizaro is scheduled to play (July 31st in Pittsburgh) also will feature Brimstone Coven; a few lucky people will get the chance to see both Blizaro AND Pilgrim together. Further details about all this will be tucked into the comment section below, so be sure to check that out. But first, let’s talk about some music …

END_OF_DOCUMENT_TOKEN_TO_BE_REPLACED 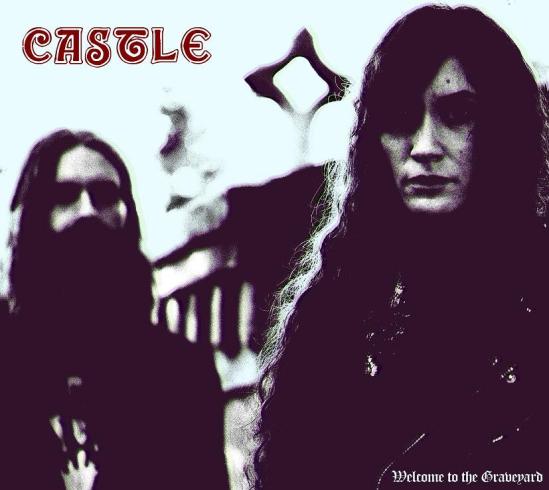 Good afternoon, all you fine people visiting the Valley. Things have gotten a little bit hectic around here recently — I’ll never understand what it is that makes people want to go on vacation in the summertime when it’s so gross and hot and humid outside. Given the choice, I’d rather sit in an air-conditioned office all day, and save days off for later when I really don’t feel like going. Not that much writing happens while I’m at work anyhow, I’m plenty busy enough doing my actual job, but I usually at least can spend the day listening to stuff, and jotting down some little notes that I can turn into a full article or review later. But sometimes lately I haven’t had much chance to even think, let alone formulate coherent sentences.

But as always, there’s tons of stuff happening in the music world, new releases to tell you about, older stuff that you may have missed but really deserves your attention, tours kicking off that just might be coming through your city. And this will be a blend of all of those things: one band whose new album comes out next month, and who started a tour (that will last pretty much all summer long!) just last week; another band who released an excellent album two years ago but somehow we never got around to sharing it with you, and who will be joining the first band for a handful of those shows in a few weeks. So keep on reading, you’ll hear some great music, and the full set of dates for each band will be listed down below in the comments …

END_OF_DOCUMENT_TOKEN_TO_BE_REPLACED

After a long holiday weekend full of fireworks and partying (and, perhaps, checking out a bunch of bands Sunday night), surely the last thing anyone needs would be ANOTHER show Monday night — when all of us will already have a tough enough time dragging ourselves back to work the next morning as it is. Especially one that features a whopping THREE FOUR(!!) co-headliners (any one of which would be a huge deal if they came to town on their own) who are pretty much guaranteed to smash your brains to bits. And when you throw in two perennial local favorites, plus a special holiday menu of vegetarian fare available from Onion Maiden? Yeah.

Anyway, so Steel Bridge Promotions are bringing all of that to you on Independence Day, and I wouldn’t be surprised if this ends up with buildings exploding just like in the movie of the same name. This will surely be a spectacle not to be missed. Pre-sale tickets are available right now at their Big Cartel page… but for the next two weeks, you can WIN a pair of tickets for FREE, courtesy of Steel Bridge Promotions and Valley of Steel! Keep on reading to learn more…

END_OF_DOCUMENT_TOKEN_TO_BE_REPLACED 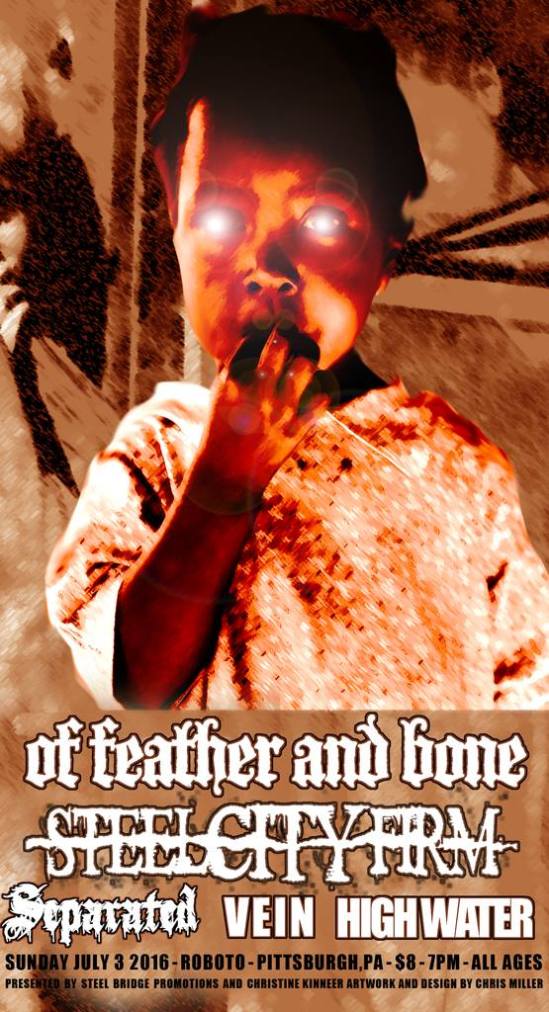 Of Feather and Bone (Denver, CO)

Well, Steel Bridge has done it again — assembled quite a conglomeration of a line-up, a hodgepodge of hardcore and metal, made up of regional and national bands, and presented to you for one low price (only $1.60 per band!). Pre-sale tickets are available right now at their Big Cartel page… but for the next two weeks, you can WIN a pair of tickets for FREE, courtesy of Steel Bridge Promotions and Valley of Steel! Keep on reading to learn more…

END_OF_DOCUMENT_TOKEN_TO_BE_REPLACED

As you are all surely aware, tickets for this show have been completely sold out for MONTHS. Since basically like twenty minutes after they went on sale. But as a special treat for our loyal readers, we have a pair of tickets to give away for FREE, thanks to the nice people at Opus One Productions.

END_OF_DOCUMENT_TOKEN_TO_BE_REPLACED 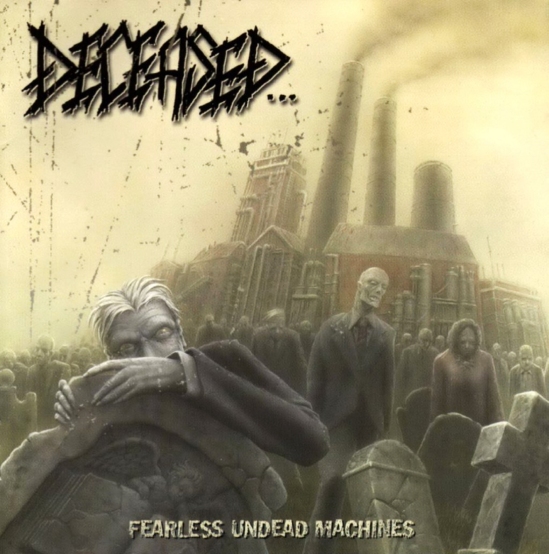 Please accept my apologies for such a lame introduction, but honestly it’s all I have the energy for right now. After a busy weekend that was capped off with watching the Penguins seal a Stanley Cup victory late last night, I barely managed about three hours of sleep.

So anyway, here’s what I’ve got for you: a pair of newly reissued classics by two bands who — while I definitely wouldn’t call either of them unknown or obscure — have never seemed to achieve the level of recognition that they each seem to deserve …

END_OF_DOCUMENT_TOKEN_TO_BE_REPLACED

Hey folks, how are you? Thanks for stopping by. Are you ready for another dose of good stuff to listen to? I hope so, because once again I’ve got some here to share with you today.

Both of the bands we’ll be discussing today will have an album released on Friday: High Fighter from Hamburg, Germany, will see their first full-length put out by Svart Records, which we’ll talk about in addition to that band’s debut EP that was self-released a while back; Zirakzigil from Portland, Oregon, also have their first LP forthcoming, one which was originally released by the band last year but is now being repackaged (and etched onto vinyl for the first time) by Prosthetic Records.