So… longtime readers with very good memories may find the name Problem with Dragons sounds familiar, because in early 2016 we had discussed their 2015 debut full-length Starquake.

Well, this past August the New Englanders put together a follow-up LP called Ascendant. Somehow that fact had escaped my attention until nearly the end of the year, but I finally got my hands on a copy in December. Right while I was in the middle of putting together my “Top 19 of 2019” list, in fact, which turned out to be fortuitous timing: upon initial perusal it became immediately apparent that this high-quality record belonged among those ranks.

And at this very moment, PwD are engaged in a tour that will take them out to the American west coast and back, throughout most of February. In fact, the tour officially kicked off on Saturday the 1st with a show in their hometown of Easthampton (MA), and the westward push continues tonight (Monday the 3rd) in Kentucky.

Below we will delve into the new album itself, but below that you will find a list of engagements where folks may have the opportunity to witness the band performing live. And for those of us who aren’t fortunate enough to be near one of these scheduled stops (which includes practically the entire eastern time zone, plus of course all of you who live in other countries), at least there’s the option to listen to the recorded version of the band — and to follow them on various social media. Which is highly recommended, as they spend a lot of time sharing crazy science or space-related news, and also they frequently post about literal problems with literal draconianism. Get on board! 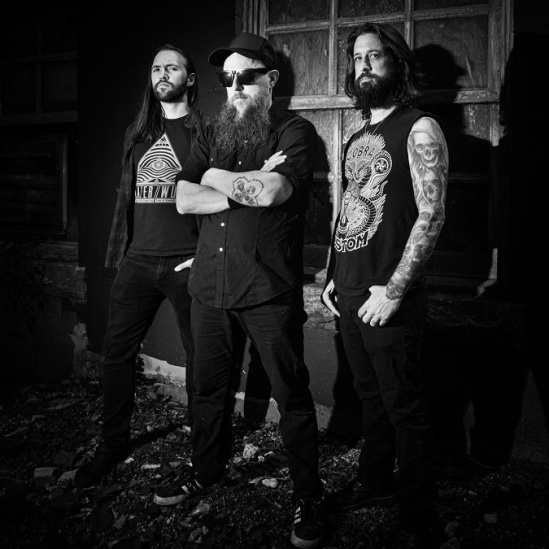 Ascendant reprises many of the hallmarks of its predecessor: these ten tracks are first and foremost an unholy concoction of stoner/desert/grunge metal straight from outer space, blended with quasi-melodic vocals that are often either shouted or sung in unison — in that respect, our Starquake review‘s usage of old-school Faith No More as a reference point still holds up here.

Various other stylistic influences creep in: heavy, thrashy riffs abound in some tunes like opener “The Omicron” and “Here’s Condemnation”; elsewhere (e.g. “The Reptilian Eye”) we find more of a punk vibe crossed with Helmet-style hardcore, making for a thoroughly enjoyable (albeit eclectic) listening experience.

Once the band had completed capturing this amalgam onto a tape (or hard drive, or whatever), by all appearances, they then opted to dredge the whole thing through a murky, molasses-y mire. Very much as if each song had been etched in vinyl at a sprightly 45rpm and then on replay they hit the switch to 33-1/3, everything here (the riffs, the pitch of the vocals, the overall tempo) just feels lower and slower — almost unnaturally so.

Of course, this has the added effect/benefit of propelling every aspect of the record out of the speakers or headphones with just that much extra heaviness and gravitas; accordingly, the sludginess and doominess factors become increased by multiple degrees. And how could that ever be a bad thing?

Download the album or grab it on vinyl (limited quantities remaining!) right here. 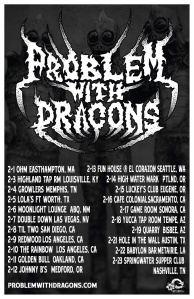 Made a new friend this morning, along the river that runs behind my house.