Dungeons & Dragons has been called the most effective introduction to the occult in the history of Man.

Ready to get started? Roll for initiative… 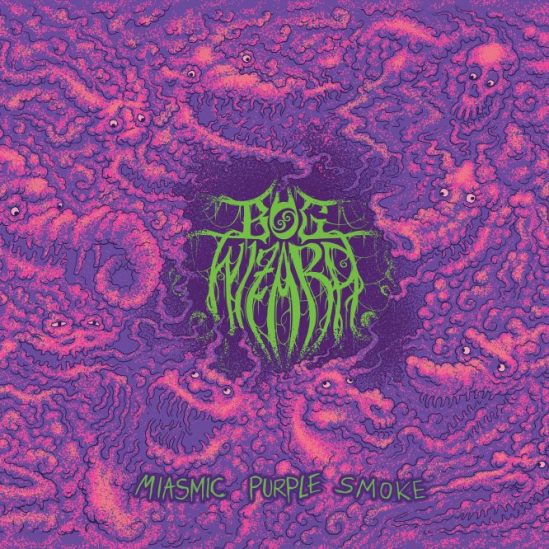 Ever since Robert Plant started wailing about the “darkest depths of Mordor,” the worlds of epic fantasy adventure and heavy metal have been inextricably intertwined. And never had this been truer than during the Satanic panic era of the 1980s, a relationship that is explored in depth by this trio of Michiganders on their 2020 and 2021 albums.

From the Mire ranges from gritty, fuzzy, classic heavy metal (“Submission in Defiance”) to more of an epicus doomicus metallicus style (“City in the Mountain,” definitely one of the highlights for this listener) to a faster-paced stoner metal (the appropriately named “Orange Goblin”).

Last year’s Miasmic Purple Smoke resides within a similar segment of the musical spectrum, although generally slower, sludgier, and doomier. An exception, perhaps, is the title track which has more of an old-school occult rock vibe; but taking things to the opposite extreme is (unquestionably another high point) the closing track “The Void Beckons” which blends death-doom vocals, droning spacey synth chords, and incredibly murky psychedelic sludge riffs.

From the Mire has already sold out in most physical formats, but there are still (literally) a couple copies left on vinyl, or of course you can stream/download, right here. Miasmic Purple Smoke can still be found on CD or digital, plus the vinyl edition is up for preorder right now, right here. While you’re visiting their Bandcamp page, don’t miss the assorted posters and patches and other accessories too!