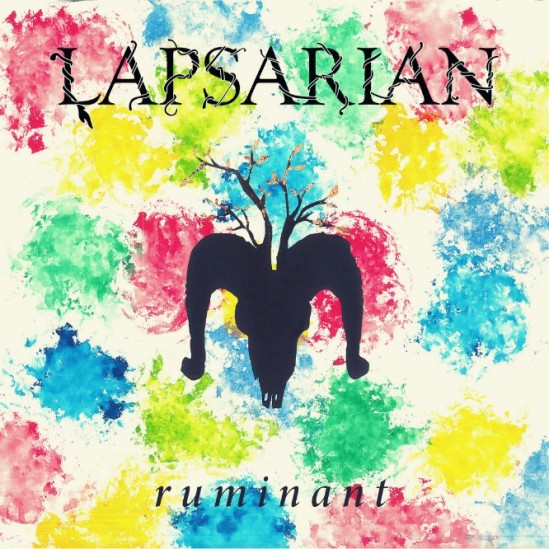 Last time we took a look at the latest release from a multiple-platinum artist whose discography dates back many decades. Naturally, today our focus turns to an album that just came out last week, from a band who just formed last year.

With just over 100 Facebook likes so far (does that still even count as a metric in 2019?), and without a huge marketing campaign backing them, it’s probably a safe bet that Washington, DC’s Lapsarian is a new name to most of you reading this. So go check out Ruminant, and then once the word gets out, you can brag to everyone else about how you’ve already been on that bandwagon way longer than they have … 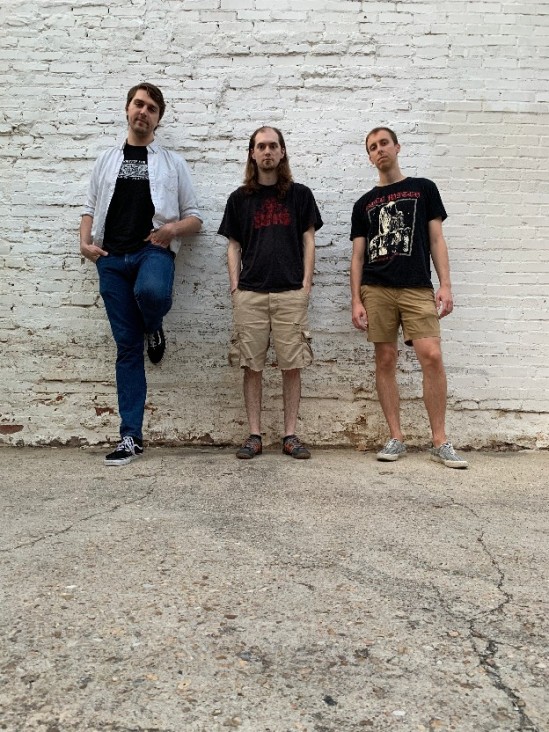 Assuming that the title of this four-track, 31-minute album refers to a contemplative or thoughtful person — and not the more common definition of a bovine or similar mammal who stands around chewing on its own partially digested food — certainly seems fitting, because Lapsarian‘s music may be best described as thinking-person’s metal. Their own name, in fact, comes from the theological discourse surrounding the biblical “Fall of Man” (deriving from Latin lapsus, from which we also get the word “lapse”).

On that same train of thought, the third song “Allegory of the Cave” is named after (and bases its lyrics upon) a famous story from Plato’s Republic, wherein mankind is compared to people chained inside a cave, seeing only shadows and reflections upon the wall they are facing, and (being unable to move to a different vantage point) believing these images shadows to be the whole of reality. The philosopher, however, is characterized as one who has broken free of the chains and away from the wall — able to see the undistorted truth as represented by the actual physical forms that are casting those shadows — and tasked with trying to teach the others that all the things they believe they are seeing are really just illusions.

Beyond the subject matter, the overall sound of the music — both the composition and the arrangement — seems rather erudite as well. Generally identified as post-metal, with some jangly guitar parts, some cleaner-sounding ones; the lengthy structures here (the songs range from six to more than ten minutes each) tend to incorporate plenty of progressive tendencies, while setting out upon various mathy/grindy/sludgy/doomy/bizarro tangents, and adding hints from an even broader range of the musical spectrum. Several different layers of vocals pop up throughout the record, also running the gamut between clean and melodic, to harsh death metal growls, to that parched-throat-post-hardcore shouting style, to an almost-blackened shriek.

With so much happening here, it’s hard to pinpoint specific highlights, but particularly of note are the part early in “The Accomplice” while the bass and one of the guitars are running through an intricate pattern as the drums take on somewhat of a jazzy swing; the clean vocals here sort of bring to mind the song “Third Eye” — both in the lyrics and the melody line — but maybe it’s just my imagination.

Later in that same song, after one of the guitars has exhibited a nearly-black-metal-style tremolo, the foreground becomes consumed by interesting layers of opposing meters, while I’m picking up on an early Floyd vibe in the background noises (along the lines of some of the weirdness that exists within “Remember a Day“). And then comes the most black-metal-adjacent song here, perhaps one might even say extremely-post-black-metal, while still remaining as avant-all-over-the-place as the others: closing track “Deadseer” — which wraps up the album in quite an epic way, as a tympani joins in at the end.

You can stream or download Ruminant via your choice of Amazon or Bandcamp.