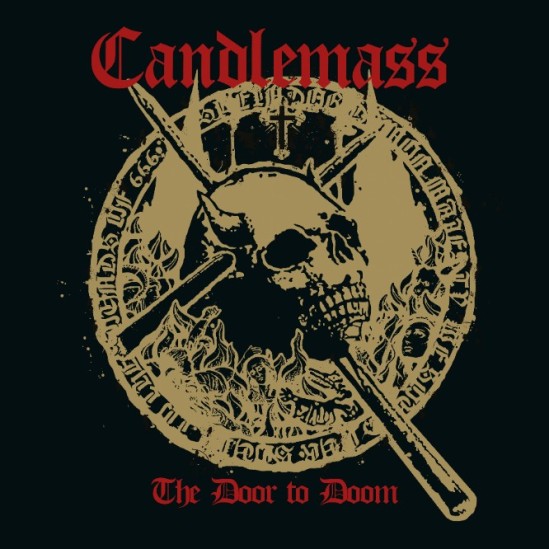 Doom metal may have been invented when Tony Iommi hammered out those very first notes of Black Sabbath‘s 1970 debut, but the genre really started to take shape during the 1980s, and unquestionably one of the principal players behind that defining moment was Sweden’s Candlemass — particularly, their own debut record which officially coined the phrase “Epic Doom Metal.”

The U.S. National Academy of Recording Arts and Sciences may have a somewhat shaky track record when it comes to recognizing achievements by metal bands — or even properly distinguishing between metal and hard rock, or deciding whether there even should be such a distinction — but for the first time in their 35-year history, the innovation of Candlemass has been honored with a Grammy award nomination for “Best Metal Performance.”

Taken from their latest album The Door to Doom, the song that earned this recognition for the band is “Astorolus – The Great Octopus,” which fittingly features a guest appearance on lead guitar by none other than Mr. Iommi himself.

If the cover art for The Door to Doom seems familiar, that should be no surprise, but there is a very good reason why the band should be paying homage to Epicus Doomicus Metallicus here — even more so than on the EP Death Thy Lover which marked the thirtieth anniversary of that landmark first record. While the recording line-up this time remains unchanged from that 2016 release, the new album is the band’s first official output with vocalist Johan Längquist as part of Candlemass! That’s right, the iconic voice who appeared on that now-classic debut as only a session contributor, has now 30+ years later (and after quite a lengthy list of successors in the meantime) officially been inducted as a member of the band.

For fans who’ve been with the band since 1986 — or even just since 2016 — the overall sound here should be familiar as well. Dark and pendulous riffs in the guitars and bass, weighty tempos and even more weighty atmospheres, and a strong baritone crooning tying it all together. The band does showcase a softer side occasionally: “Under the Ocean” features a balladeqsue, melodic opening with a gentler singing style before kicking into another run of bombastic riffs, while “Bridge of the Blind” even maintains a softer touch throughout its duration.

Ripping guitar solos abound here as well; obviously the Grammy-nominated “Astorolus” has one of the more incredible such instrumental outbursts, with its inclusion of the Godfather of doom himself. But to be perfectly honest, that track doesn’t seem to particularly outshine any of the others, and that guitar solo doesn’t seem especially notable compared with those provided by the band’s own in-house stable of axe-slingers. No, for those who dig the epic doom stylistics, you couldn’t go wrong with any of these selections. But if pressed to pick a personal favorite, I’d have to point to “House of Doom” (previously released as a single) which opens with a brief snippet of rain and a bell tolling — seemingly a nod to the above-mentioned “Black Sabbath”; later this track’s thunderous guitar/bass riffs are joined by a macabre pipe organ sound reminiscent of Bach‘s timeless “Toccata and Fugue in D Minor,” further enhancing the somber spirit.

The Door to Doom is available to stream or download, or in CD and vinyl formats, right here.

2 responses to “Congratulations to GRAMMY Nominees Candlemass! [The Door to Doom (2019)]”