In the Company of Serpents – Merging in Light (self-released, 21 December 2014)

Good afternoon and HAPPY FRIDAY to everyone out there. Nice to finally reach the end of what, for some reason, has turned out to be quite an exhausting week. Hope you all are doing okay.

Personally, I just had to whip up a very uncustomary afternoon batch of coffee, due to feeling exceptionally sluggish all day — particularly after lunch. It was very tempting to just curl up on the couch and go back to sleep for the rest of the day. But not before I get this article published, because I have music to share with you people! This is actually covering three separate releases, spanning numerous years, by Mile-High band In the Company of Serpents, the last of which is just being released today! Enjoy! 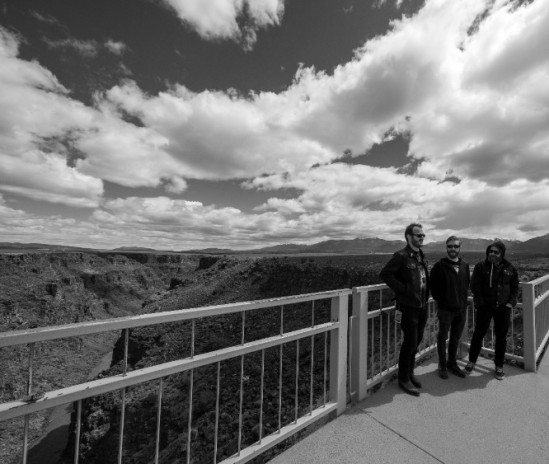 Formed way back in 2011, ITCOS had already issued a pair of albums by the time they had reached my radar screen via 2014’s Merging in Light, but upon hearing those three tracks, I immediately became a fan of the band. The 22-minute EP was added to my already-sizable to-do list, with every intention of getting something written about it “some day.” To let you readers know that here is a band worth keeping an eye on, and some rumbly/grimy/gritty doom riffs with gruff, Crowbar-style vocals that you’d be doing yourself a favor by checking out. Well, today is “some day.” Keep an eye on this band and go check out those riffs.

Well, a few years later (just over three years ago, now), along came a pretty stunning full-length called Ain-Soph Aur, that made such an impression that it landed right near the apex of this website’s list of 2017’s top releases. Stockpiling plenty of thunderous, echoey doom riffs with even gruffer, harsher vocals, the album also squeezes in several shorter interlude tracks that carry on the melancholy mood, but produced with acoustic guitars and (in one case) a forlornly plucked banjo. Right around the middle of the record, “Crucible” sort of ties the various tracks together, ending up as a curious blend of spaghetti western doom.

Keeping with the ongoing tradition of rather dark-sounding albums whose titles reference light in some form or another, the band’s brand-new 2020 LP has been given the simple Latin name Lux. Several other trends are perpetuated here: hellaciously heavy doom, gruffly growled bellows, lengthy tracks that allow the band (now expanded into a trio, with the addition of a second guitarist/bassist along with a new drummer from previous releases) plenty of space to explore the cavernous atmosphere amongst the riffs. A bit of western, Rocky Mountain flavor once again creeps in here as well, in the form of “The Chasm at the Mouth of the All,” and again we find a few shorter interlude pieces — although this time around a baroque viole d’amore combines with the acoustic guitar. Frankly, it would not be surprising at all if Lux also followed its predecessor by appearing on our list for the best of 2020…

Stream or download Merging in Light here or find it on CD/vinyl here.

Stream or download Ain-Soph Aur here or find it on CD/vinyl here.

Lux can be pre-ordered in all formats right over here.