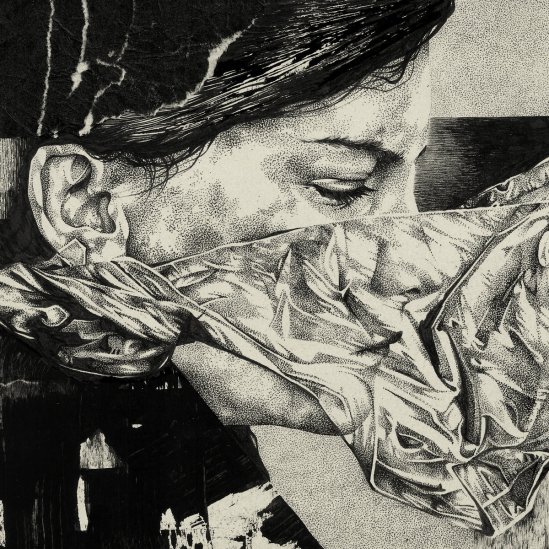 Recently I got a message from this band called Portrayal of Guilt, with barely any information other than the fact that they had a brand-new EP out, and a link to their Bandcamp page. So, armed with that miniscule amount of knowledge, I went to check it out, as one does. There I learned that the band is from Austin, Texas; a bit more poking around revealed that they seem to be a relatively new group: all of their social media presence dates back no further than January of this year. Oh, and also I found that one of the keywords they use to describe themselves is “screamo.”

Now I don’t know about you, but that word tends to make me feel a bit trepidatious. After all, just like its predecessor “emo” and distant ancestor “hardcore,” what originated as a great concept became completely perverted and bastardized over the past few decades — to the point where, in modern usage, the term came to be applied to something completely unrecognizable when compared with its archetypal format. But I decided the EP was only three songs — barely more than six minutes altogether — so I might as well give it a shot. And to make a long story short, as you could infer from the fact that I’m writing about it now, that concern turned out to be completely unfounded. 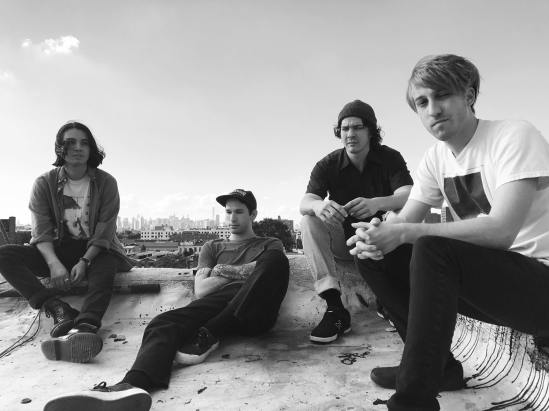 Right off the bat, “Humanity is Frail” punches you square in the face with some heavy-as-hell power chords; energetic riffs combined with spastic drumming and caustic snarled vocals seems to be the band’s primary M.O. — although at one point most of the fury and aggression drops away and the guitars go into more of a post-hardcore (post-powerviolence?) mode.

The EP continues on with “The One” which features a rather percussive-sounding bass chugging along with the drums, and ends with “Mourning Ahead” — the shortest track here at a little under two minutes long, but this third song actually turns out to be the most varied and dynamic. Opening with clean guitars setting a slightly more moody atmosphere, the drums soon begin to build in intensity, then the whole band breaks back into violent fits before just ending very abruptly.

I could probably go on, but it seems like it shouldn’t take longer to read about something than it would take to listen to it! So I’ll just say, go listen to the Portrayal of Guilt EP; this should especially appeal to fans of a band like Employed to Serve. And definitely keep an eye on what comes next for this (presumably) still-newish band!

You can buy a digital copy from Bandcamp for just a buck; physical records are available here (US) or here (Europe). And scroll down to the comments section where you can find a list of the band’s current tour dates!