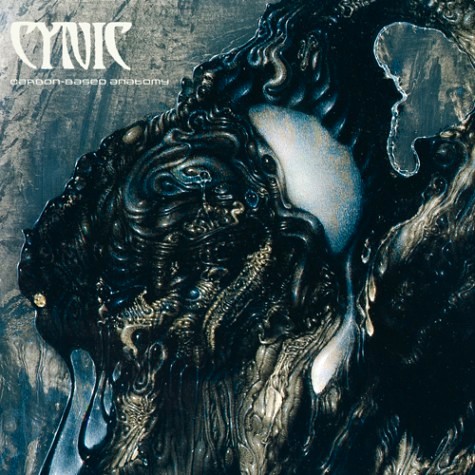 So in an earlier post I downloaded the title track from the new  EP Carbon-Based Anatomy, by Cynic (released yesterday on Season of Mist).

I went on to discuss how that particular song nearly bored me to death.  And I promptly deleted it from my downloads library as soon as I’d heard it.  But there continues to be a wordwide Cynic-mania of epic proportions… at least based on the number of hits I continue to get on that specific post (which was now nearly a month ago) compared with any of the others I have written since then.  So obviously people are really excited about this release for some reason.

Well, you might be interested in knowing that Pitchfork has got a FREE stream of the full album currently online, just click here to check it out.

Simply based on the amount of interest this has been generating, I feel obligated to take a chance on the rest of the album — in case the one advance single that was released is completely non-representative of all the other songs.  I highly doubt it, but I will be giving this an apprehensive test-drive later today.  And I will share my reactions in a follow-up post sometime this weekend.  So stay tuned for that!

In the meantime:
Carbon-Based Anatomy (CD), or (digital download).