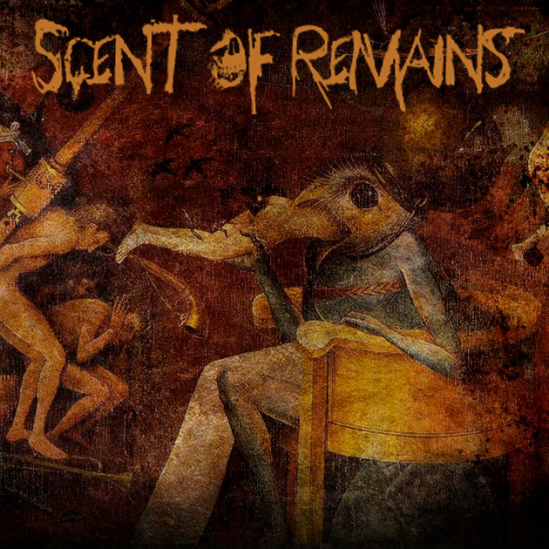 Good evening, blog readers of the world! Another new week has begun, which means another trip to the “Sign Me to Roadrunner Records” website to find some new music! Remember last week when we were too hung over from a long holiday weekend and I said I had skipped over some great heavy bands in favor of something mellower and more relaxing? Well now we’re going to back it up and revisit one of the more brutal metal bands…

Scent of Remains, from Knoxville, in the eastern end of Tennessee, play some pretty heavy-hitting music that hovers somewhere between melodic death metal and a more thrash-groove-oriented style. They’ve been at it for about three years now, during which time they’ve released one full-length CD, as well as a recent EP of teaser tracks from a second album due to be released in the near future. 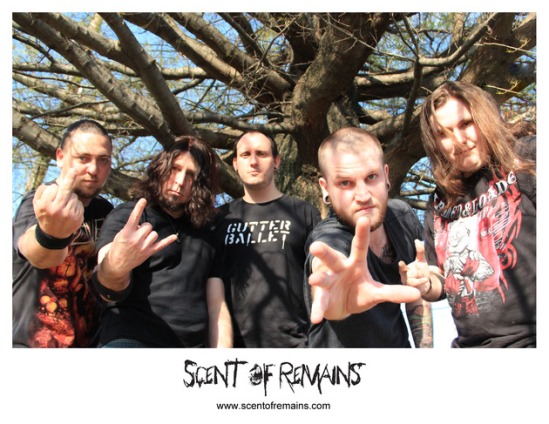 The three songs from the band’s Signmeto page are taken from the Parasite EP, which was released in March of this year, and like I said, is intended as a preview of a forthcoming full-length.

These songs are “BTK,” which is basically grounded in doomy death metal, but with catchy riffs that groove far more than a song with this subject matter — which, by the way, we’ve discussed on this blog in the past — should ever have the right to); title track “Parasite,” which opens with some clean guitars and clean vocals, before slamming into an excusion through sludgey doomy death; and finally, “Snake in the Grass,” which throws some stoner-esque riff patterns into the mix, while incorporating some tasteful clean singing alongside the death growls and blackened shrieks we’ve been treated to thus far.

In addition to the vocal style being very flexible from song to song, the guitars seem very fluid as well — each song contains a great-sounding solo, but each of these could very well have been played by a different person who specializes in a different genre. It’s a testament to the band’s abilities and range, that none of these sound out of place at all.

If you like what you’re hearing, you can grab a copy of their 2010 album mind.thought.fear on CD (or a t-shirt, or both!) at their webstore, and to keep up with the latest news, take advantage of the various links listed below.