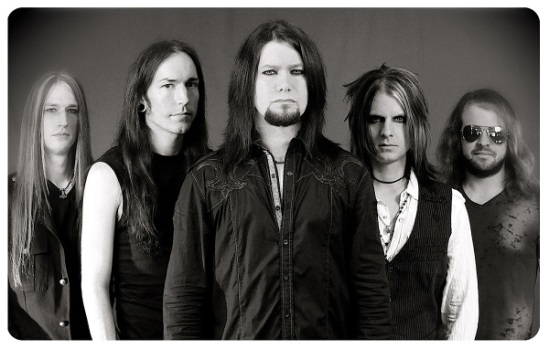 So the fifth album by Cleopatra Records recording artists (and Pittsburghers) Icarus Witch is coming out in two weeks!

Here is a video teaser for Rise, to be released on the 3rd of July:

You can also listen to the album’s title track here.

Furthermore, the band has filmed a video for the track “The End,” which they hope to be able to get edited and released prior to the release of the album… which is where you come in!

Can you believe we are about to release our 5th CD? The new album drops July 3! The band took an organic hands-on approach to production this time and we’re certain you will be pleased with the results. Part of our campaign to spread the word about these killer new songs includes a music video for the first track “The End.”

Rather than take an expensive advance from the label (“advance” being a fancy word for loan) we chose to produce the album ourselves. We then arranged the first stage of the video shoot with Pittsburgh’s Shadow3 Media filming the green screen segments. The HD files are now in Sweden with editor Mats Lundberg, the mastermind behind our 2005 “Capture The Magic” video.

The plan is for the video to debut prior to the album street date of July 3 – so we felt it was the perfect time to offer pre-orders of Rise (with special limited edition bonus material!) This way you get the music and swag you’ve been waiting for — we re-invest the money into completing the video — and any additional funds go directly back into the promotion budget.

It’s a win/win situation friends and one which will further tighten the amazing bond we have all developed over the past 9 years. This “labor of love” has been a long and difficult process; but we are committed to keep bringing you the music you desire. Thank you for helping us keep the dream alive.

Let’s Rise Together and complete “The End!”

By chipping in on this Kickstarter campaign (note: there’s only four days left for them to meet their goal!), not only will you be helping the band’s promotional efforts just for picking up a copy of the new album (which you were probably going to do anyway), but you can also grab some cool perks for yourself as well:

The Kickstarter project page can be found here.