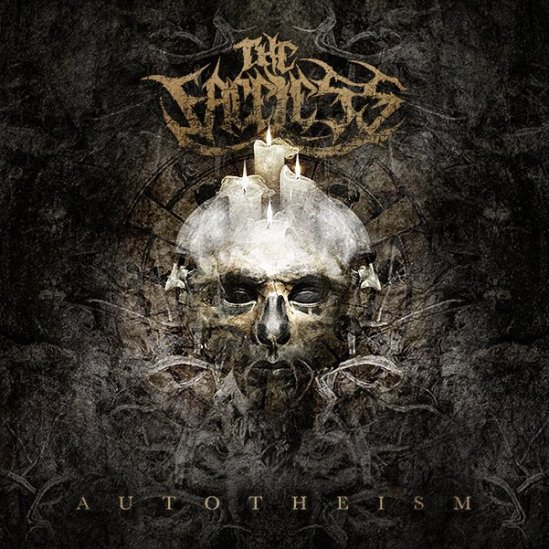 Well, folks, you’ve been looking forward to this for several years, and it’s finally here: The Faceless have finally put out their third album!

Well, when I say “you” I mean “a LOT of you” — here’s a band that has almost 200,000 Facebook likes (compared with the typical band I write about, which might have several hundred, or a couple thousand at most). So yeah, that’s a lot of people, and probably a good chunk of my faithful readers, hence the reason I felt compelled to pass along the details about this new album when they popped up in my in-box.

Do you know who was not among those hundred-grand-plus anxiously awaiting? Yours truly. The news of new The Faceless material left me feeling pretty indifferent, simply for the reason that I’d never heard this band before. True story. Now, I’m not one of those über-elitist types who refuses to listen to anything that isn’t underground enough — I like to believe I’m more open-minded than most — but more often than not, the modern style of metal music that’s currently in vogue (without naming names, let’s just say I’m referring to the bulk of stuff that gets played on Liquid Metal, or the bands that seem to have the most rabid fans among commenters over at MetalSucks) just doesn’t do anything for me.

Or to put it another way, it seems like the more hype that surrounds a band or an album, the less likely I actually end up enjoying it. Not that I purposely dislike stuff because it’s popular, it just seems to work out that way a lot of the time. Of course, there are plenty of exceptions, and so I would never totally dismiss something without first giving it a shot, but I also typically wouldn’t go out of my way to check something out if I got that sort of a vibe from it.

But part of that earlier post prior to the album’s release included a video trailer, and the small amount of music that was included in that preview didn’t really sound like all the other generic crap floating on the airwaves nowadays. In fact, it struck me as a bit intriguing. So I decided I wanted to check it out — to see what the big deal was.

So Autotheism officially hit the store shelves ten days ago (figuratively speaking, as I’m pretty sure they don’t actually have shelves at iTunes or wherever), and since then I’ve heard it from start to finish no less than ten times. At this point, I feel that I can confidently say, this is an amazing album and I strongly recommend you take the time to discover what it has to offer — I’m sure that you, too, will be glad you did.

The first track of the album, “Create” (which also serves as the first of a three-part suite that opens the album) begins with a touch of piano, like a jazzy George Gershwin number, which is then replaced by a bit of string chamber ensemble action — quickly building tension, especially when some drums start pounding over top of it all, and leading into what could only be described as a progressive hard-rock song. I’ve heard other people (i.e. people who were already fans of the band) complaining about the clean singing, but I think it sounds great — there’s a darkness to the vocal melodies here, adding a great deal of intrigue. Bearing in mind that this song is my first exposure to The Faceless, I don’t have experience with their prior works for comparison, so instead my mind is going back to early-90s Queensrÿche (like, Empire– or Promised Land-era). Except there’s an extra element of heaviness here, particularly on the chorus (“I have realized, I am God”) when the lead vocal is doubled by a synthetic, robotic-sounding voice on one side and a harsh death growl on the other side. I want to say that this would have been a new direction Queensrÿche fans would surely have welcomed much more than where that band’s career actually ended up going!

The second track, and middle part of the trilogy, “Emancipate” hits the ground at full gallop, after a segue from its predecessor; with full-on double-kick drumming and only the harsh vocals, this starts out as a purer technical death metal. Before long, though, some orchestral strings augment the sound with some chords that I could only describe as having a “loungey” quality. Between the strings, the mellow fretless bass, and the clean vocals (with quite lovely harmonies in spots), the contrast with the aggressive drums and guitars is very palpable. Assigning a genre name here is difficult, but the word “progressive” has rarely been more aptly applied.

The closing track of the beginning suite, “Deconsecrate,” introduces a calliope-sounding organ, at first holding out some gospel-like chords underneath a tasty bluesy guitar lead and then some more dark-toned clean singing; soon, though, the calliope introduces a more bouncy part — sounding more like circus music. With the lyrics referencing angels being set aflame, and the repeated line “God is dead,” the implication here seems to be that the narrator’s moment of self-realization has turned the whole concept of religion (as we know it) into an absurd notion. After all, the concept here isn’t atheism or antitheism, but autotheism: the deification of the self. Switching into a more standard death metal mode for a time (which includes some growled lines in Latin, backed by a choir of men’s voices — I’m only able to pick out one word, “Deus“, but I assume the sentiment is similar to those expressed elsewhere in the song; at some points the circus music returns, with a saxophone doubling the organ, the rapid-fire direction changes bring to mind the unusual compositions of a band such as Fantômas.

Throughout the remainder of the album — nine tracks, forty minutes in total — the concepts of evolving into something greater, and the victory of science over theology continue to be explored. In keeping with these themes, the synthesized voice I mentioned earlier occasionally resurfaces in combination with either the clean singing or the gutteral vocals or both (although the interlude track “Hail Science” features only the computerized voice speaking — “…all of mankind will bow to a new god; a god known as knowledge”).

Musically, the songs tend to represent the duality of the lyrical theme by continuing the combination of sounds introduced in the opening trio of tracks: some songs (such as “Accelerated Evolution” and “Ten Billion Years”) open with an industrial metal vibe, and the artificial intertwines with the organic throughout — just as the strings and choirs are set against the drums and guitar riffs (not to mention the frequent incredible-sounding solos), and the mournful and melodic clean vocal serves as a counterpart to the angry and commanding death growls (“I am the Alpha, I am the Omega; so I will it, so it shall be!”).

If I had to distill everything down to a single message, it seems to be the idea that — rather than the biblical claim of God creating man in His image, humans in fact created the idea of God in their own image — and embracing this realization seems to be an integral step in continued evolution into more advanced (some might even say, more supreme) beings.

Adventurous and ambitious, this album makes quite a bold statement, but it has plenty of sonic muscle to support its conceptual framework. Personally, I’m glad to see a work of art that’s so far-reaching in scope and so grand in scale, because that’s something that we don’t see enough of anymore.

It’s my understanding that the band has undergone some pretty significant line-up changes in recent years, and that this album represents a bit of a departure from their previous two. But I’ve been so impressed by this one that I’m now curious to check out the others… 2008’s Planetary Duality

. For a good starting point, MetalSucks’ Dave Mustein wrote an interesting article about the band’s first album, on the day Autotheism was released.

The Faceless have been touring as part of this year’s Summer Slaughter across the USA, which wraps up tomorrow (25 August). Shortly thereafter, the band have said they plan on touring extensively throughout the rest of the world.