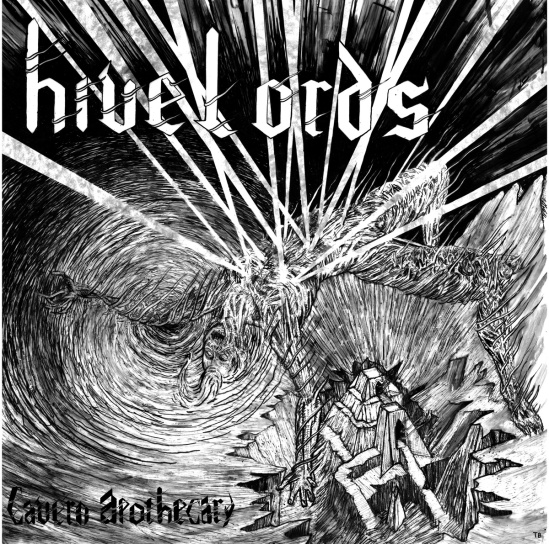 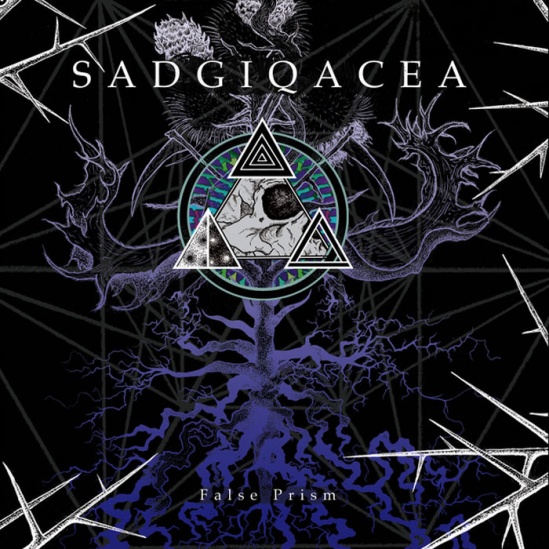 Hey folks, Happy Monday to you all. Remember about a week and a half ago when I shared the details about a joint tour between Philadelphia’s Hivelords and Sadgiqacea? Well, that tour’s still trucking along — there’s another whole month left — and tonight is when they are playing in Pittsburgh. They’ll be at a cool little BYOB ex-warehouse/garage-looking spot called The Shop, along with locals Slaves BC and Night Vapor; plus the last minute of Pinprick Punishment who, I’ve been informed, are a hardcore band from Japan. It’ll be an early (all-ages) show — the music will be starting at precisely 7:30 — so even those of us who live an hour away should be safely home in bed by about midnight. If you’re in the area and you’d like to drop by, you can find more details here. I’m pretty excited about this show — as I said in that earlier post, these Philly bands are both pretty incredible to watch. If they’re coming to a town near you I’d unreservedly say you should totally go see them. If they aren’t, I’m sorry. But at least they both have albums out that you can check out!

Both bands had released a full-length in 2013, and I bought a copy of each when I saw them last summer; they’re both excellent and I’ve listened to each of them a whole bunch of times since then. But through an unfortunate oversight — Hivelords‘ was just coming out the same week these two bands came to Pittsburgh, and I remember seeing a press release about it from Catharsis PR, while Sadgiqacea‘s had been out for several months at that point and I don’t think I ever knew the actual release date — when I was compiling my list of 2013’s best releases, I only included Cavern Apothecary. (Instead of whining about it, I think I’ll just go and edit my list to sneak False Prism in there. Because once again, it’s MY list, damnit!) 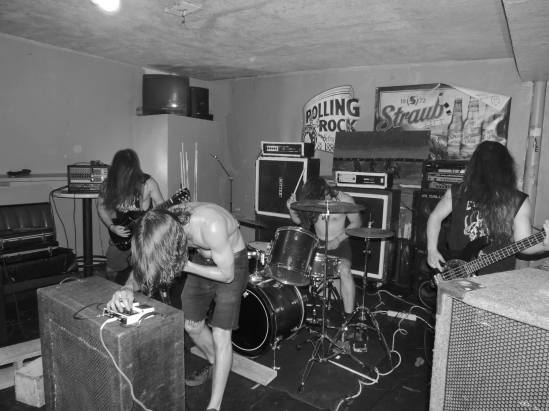 From the very first moments of black-metal-rooted opening track “Atavus Lich,” Hivelords make it clear their intention is to scare you to death with a wall of terrifying sounds. From that song’s straight-from-the-bowels-of-hell agonized shrieks through the creepy swirly reverb-laden vocals in “Antennae Manifest” to some unnerving combination of these throughout the rest of the album; whether it’s the tremolo-picked opener with its primal pounding drums, or the long sections of extremely slow sludgey doom in the title track with occasional explosions of blastbeats (that ultimately get swallowed up by an intensifying psychedelic phaser/flange noise), or the monolithic riffs that are interspersed throughout closer “The Auraglyph”; and especially taking into consideration the eleven-minute voyage from nothingness to maximum entropy that they call “The Growing Overwhelm,” these guys are definitely not here to play nice.

Let Cavern Apothecary curdle your brains via the Bandcamp widget below, then buy yourself a copy right here. 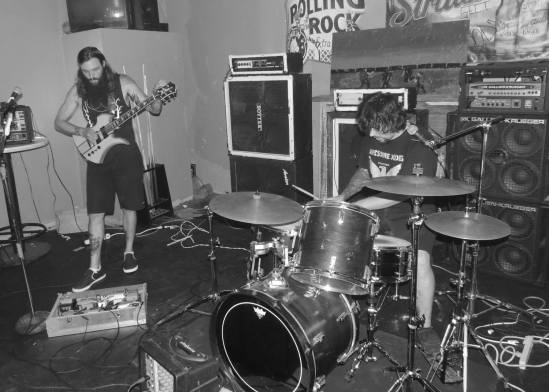 Like that of their fellow Philadelphians and tourmates, Sadgiqacea‘s opus also consists of a handful of lengthy compositions (four averaging ten minutes apiece), which are also loosely rooted in a black metal aesthetic and overall vibe. Despite having only two members, a huge guitar sound with numerous layers (in addition to the drums, and occasional extra bits like the violin and viola [if my ears are accurate] that join the party near the end of opening track “False Segments”) fills the sonic spectrum almost as though there were an entire orchestra creating this cacaphony. Vocally, we find various sludge/hardcore-style angry shouts as well as deep blackened-death-type growls occasionally occupying the foreground, while underneath there’s frequently some sort of semi-monotonous chant-singing going on. That, coupled with the repetitive guitar chords that often take on a pipe-organ-like tonality really give these songs a bit of a drone-metal quality. Except for the part where they keep changing direction unexpectedly: unlike much of the music that gets tagged with that label, I don’t anticipate anybody would ever fall asleep listening to Sadgiqaces! But the arena-sized sound given off by this band certainly will fully envelop you and has the capability to mesmerize.

Lose yourself in the vastness of False Prism using the following Bandcamp widget, and then buy it here.