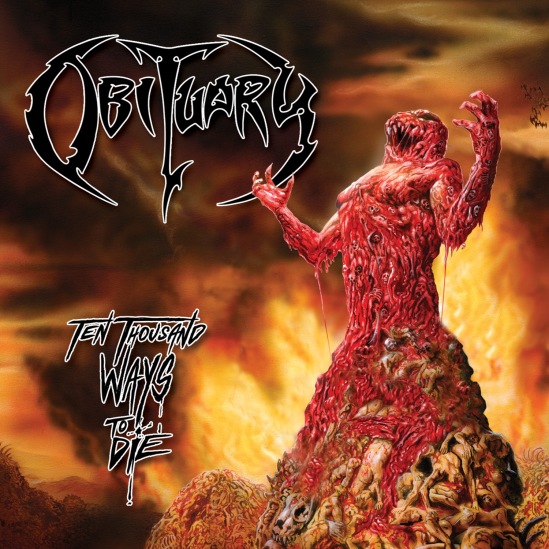 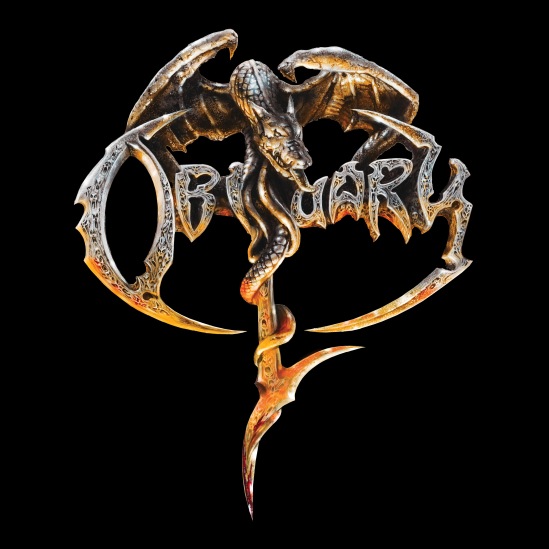 One of the originators of the foundational Tampa, Florida death metal scene, formed well over 30 years ago (and using their current name since back in 1988) with three of the original members — brothers John Tardy (vocals) and Don Tardy (drums) and guitarist Trevor Peres — continuously part of the line-up ever since, surely you — visitor to a website devoted to metal music — know Obituary, right? And if I told you they had a new single available with two songs (one of which can’t be found anywhere else) that also includes basically a whole live album worth of bonus tracks, AND that they followed that with a brand-new full-length album that easily stands up among the band’s decades-long discography, what more do you need from me aside from links where you can go and buy these new releases? (See the bottom of this page, below the videos and above the Bandcamp players. Also check below that, for information on the band’s tour dates over the next few days, including a stop in Pittsburgh TONIGHT!)

But I know not everyone out there is a lifelong death metal enthusiast. I’ll readily admit that I myself listen to the genre far less than many other styles of metal, and a main reason for that is that so many of the bands all sound alike and the sound of the music often seems stagnant and stale. But every so often something comes along where the band clearly is doing everything the right way — and with the rare stability and consistency Obituary has enjoyed over all these years, they certainly exemplify that. So I’ll assume that if you’re still with me, you aren’t already a huge fan of the band BUT perhaps curious enough to keep reading this far. Great, so here we go … 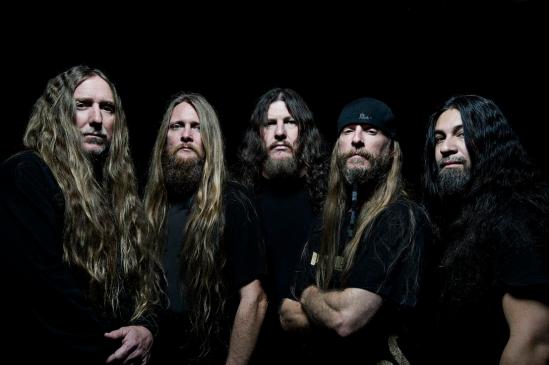 The Ten Thousand Ways to Die single kicks off with brand-new studio track “Loathe” — filled with jarringly slow, dark, and heavy riffs; and with matching slow and ultra-deep vocals, perhaps that might make one think more of Crowbar than your typical death metal band. The title track, a preview of the band’s self-titled album that would be released a few months later, also incorporates some mid-tempo, somewhat sludgey (but never muddy) riffs as well as tastefully intricate solos, in addition to finally answering the question posed long ago by Anthrax: “How many ways can you die?” (For those who were expecting me to make a Megadeth joke here instead, shame on you.)

Following the pair of new studio recordings, the band presents a full dozen classics, recorded live at venues all across North America, as bonus tracks.  Opening with the instrumental that introduces their 2005 record Frozen in Time, the collection here could easily function as a “best of” type of career retrospective to introduce new listeners: half the tracks have been lifted from their two earliest albums, Slowly We Rot (1989) and Cause of Death (1990), with a sprinkling of others from 1994’s World Demise through 2014’s Inked in Blood.  As live recordings go, the sound quality here is surprisingly good — naturally there is some variance from track to track as they were each recorded in different cities on different nights, but in some cases the mix is clearer than on the original album.

Anyway, about five months later (and two months ago today, for those keeping track at home), the band’s tenth LP hit the ground running, simply titled Obituary.  With the previously-released “Ten Thousand Ways…” as a closing track, and considering the contrast presented on the single between the new material and old (while there was a range of tempos among the live tracks, the hardcore-thrash roots of death metal certainly became much more noticeable throughout than in the newer compositions), it would be fair to wonder what this new album would bring.

But right away, “Brave” and “Sentence Day” — the first two of the ten tracks — go off like a bat out of hell, hurrying along with a grim purpose, and featuring John‘s signature echoey screech-snarl-gurgle-growl; vocals that are always powerful and vicious, yet with clearly discernible lyrics unlike the stereotypical sound more associated with the genre.

Alternating between crawling dirges (at least, relatively speaking) and neck-snapping gallops, it’s refreshing to hear songs that aren’t all carbon copies, with drumming that actually changes patterns and rhythms rather than relying on one-dimensional non-stop blast-fests; likewise, guitar solos that complement the songs, appearing where it makes sense and fitting the overall mood, rather than just vomiting forth a confused jumble of noodly nonsense.

As mentioned before, these guys have been going strong for longer than most other bands’ members have even been alive, and there’s a good reason why they’re still at it.  Plenty of folks out there could learn a lesson from Obituary, and the live classics found on the single and the new songs on Obituary would both be a great starting point for that.

Grab yourself a copy of the Ten Thousand Ways to Die single here and new album Obituary here.