Today we’re digging really deep into our pile of stuff to write about and share with you. It recently came to our attention (via Patricia Thomas Band Management) that Ukranian death metal troupe Rattenfänger have started work on a new album, a follow-up to their debut which came out a little more than five years ago. The forthcoming second album, expected to be recorded during summer and fall 2018, has quixotically been described as “more ambient, but heavier and more aggressive” than the first had been.

This news was very exciting to us here at Valley of Steel, and if you haven’t reacted the same way, it’s probably because you never heard Epistolae Obscurorum Virorum. Let’s fix that straight away! 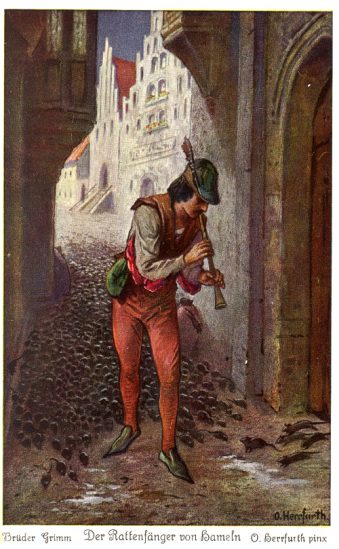 If you’re familiar with Drudkh and their innovative perspective on black metal, it shouldn’t be too surprising that when all four members of that band (who have worked together in various other projects as well) decided to form a death metal band, of course it would be unique and out of the ordinary. For starters, although the band itself is named for an old German folk legend, the album and song titles (and, reportedly, all the lyrics as well) are in Latin. Per Google Translate, supposedly the album title is a phrase meaning “Letters of Unknown Men.” Google’s app does tend to struggle a bit with the long-dead language, although for one of these eight songs’ names it did come up with something, right or wrong, that at least seems coherent: track 5, “An Allegory About Greed and Lust.”

Fortunately, understanding the titles or the lyrics is not a prerequisite for enjoying the material presented here. And it’s a good thing, too, since all the vocals on the album are such an otherworldly, hellish roar, the words would be indecipherable whether they were in Ukranian or Old English or even Pig Latin. Following an explosive first song (“Grimorium Verum,” the second track after a somewhat medieval chanted/sung introduction) the tempo declines a bit, and then declines a LOT for the ultra-heavy “Nunc Scio Tenebris Lux” (the album’s lengthiest offering, surpassing the seven-minute mark).

All of these are swathed in incredible depths of murky, pitch-dark atmosphere; the vocals especially, but the entirety of the arrangements sound like they’ve been entombed in the catacombs beneath some massive cathedral, and shut behind great stone walls for centuries. For one notable example, check out the howling vocal about two-thirds (3:28) through “Deest Remedii Locus, Ubi, Quae Vitia Fuerunt, Mores Fiunt” just dripping with fathoms and fathoms of endless reverb. The next album will have to come with some sort of a warning label: surely it would be hazardous to one’s health for anything to be either more ambient or heavier than this!