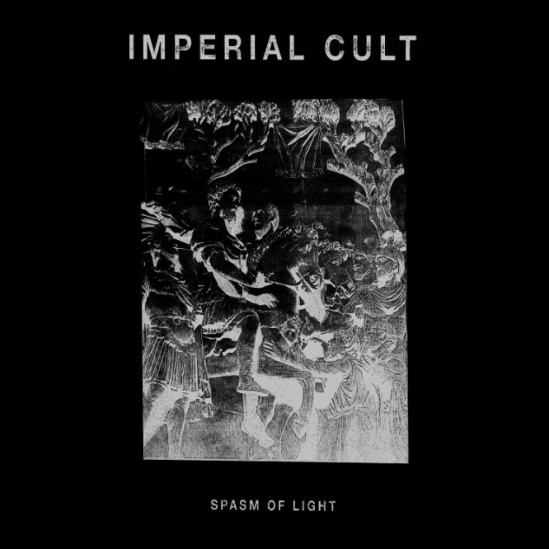 So we’ve brought a couple two-track albums to your attention recently, which we hope you’ve enjoyed. For a change of pace, today we present a one-track album for your listening pleasure.

That one track, “Spasm of Light,” is an incredibly dense wall of black metal noise, nearly thirty-four minutes long. And reportedly the whole thing was recorded live in a single partially-improvised session. I will try to take at least some time talking about the band’s sound as a whole, rather than just spending 500 words gushing about the incredible amount of stamina it must take for a drummer to plow through such an intense marathon. But seriously. 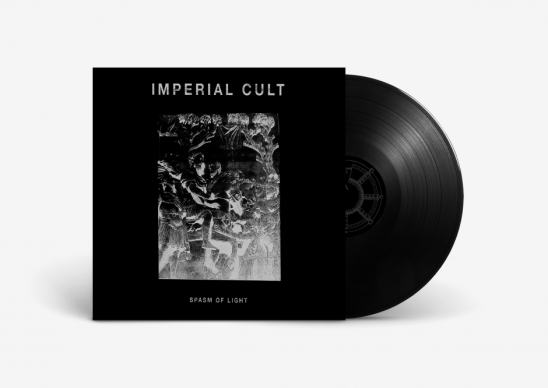 After a very brief introduction, all Hell breaks loose, damn-near literally. Drums and cymbals — constantly at a prestissimo mad dash — are highly prominent in the mix, relegating the guitars to slightly further upstage. From that vantage point, the electric stringed instrument(s) coalesce and blend together to create layers of tones and overtones reminiscent of a full orchestral string section. This is along the same lines as another Dutch black metal ensemble (and a longtime personal favorite of this writer as well), Laster. Joining the relentless percussion and the oversaturated riffs-slash-melody, the vocals are a fierce banshee-shriek that simultaneously underscores, floats above, and cuts through the rest of the din.

This initial onslaught of blackened fury lasts for (almost exactly) eight minutes, at which point the guitar part engages in a bit of a directional shift. Still very dense and viscous, a new riffing pattern is introduced (and in turn, a new set of orchestral-sounding harmonics and overtones) — and this sets the stage for another chaotic tsunami. Whether there is some significance to this timespan, or whether it’s as simple as “this is the limit beyond which the instrumentalists’ arms and/or legs will fall off,” this second wave also endures for right around eight minutes.

The next break (in terms of sheer speed, although not necessarily accompanied by a similar reduction in intensity) again sees the guitar veer a different way, this time with more of a sostenuto feeling — and heavily accented by the drums this time around. Albeit with a drum patter in quarter-time, or perhaps even more fractionally reduced, as compared with the bulk of the recording thus far. This particular segue serves a remarkably similar function to the one around the middle of “Woodpecker from Mars” (especially between 3:20-4:00 of that song), a few moments’ reprieve from the overwhelming speed and madness of the main sections of the composition, but also a warning that the band is threatening to recommence its aural assault at any time without any warning.

And naturally, they do. No less vicious than before, and for no less punishing of a duration, either, until eventually the track settles into its coda over the final few minutes. Here at last, its terrible reserve of raging energy expended, Imperial Cult enter a cooldown period that is surely as much needed (and deserved) by themselves as it is for their listeners. Now the drum part is stripped down to a incessantly thudding march beat, which could theoretically be ascribed to the result of muscle spasms (like the reflexive thrashing of a dying snake’s tail) after having endured everything that led up to this point!

U.S. listeners can download this immense opus here; for international and/or physical purchases please visit the assortment of labels listed below.