Hey, folks. Better make sure you’ve got yourselves strapped in, because we’re taking a trip in the “Way Back Machine.” Although Of Gods and Men, the debut full-length album of Long Beach (Nassau County NY)’s Maelstrom, was released mere days ago, this is a story that starts off much, much earlier than that.

Here at Valley of Steel I first became aware of this trio back in October 2012, when I checked out ThrashHead Magazine‘s second A Gallery of Rogues compilation. (As an aside, the magazine doesn’t appear to exist anymore but that 45-song collection is still free to download.)

At that time, one of the tracks that I pointed out as a highlight was “Arise” — which also appeared on the band’s EP It was Predestined, which was being re-released that same month by IME.

I hadn’t been aware of it at the time, but the mini-album had initially been released independently several years earlier (in 2008), by a newly-reformed Maelstrom. The group had called it quits fifteen years prior to that, after having produced a pair of demo tapes (in 1989 and 1991) that collectively featured the original recordings of the three songs that would later become It was Predestined.

The EP, out of print by now, had grabbed my attention back in 2012 just as much as that first song had done — and so when I recently learned that there would finally be a full-length record (32 years after the band was founded), well, that was certainly some exciting news I just had to share with you lucky readers. 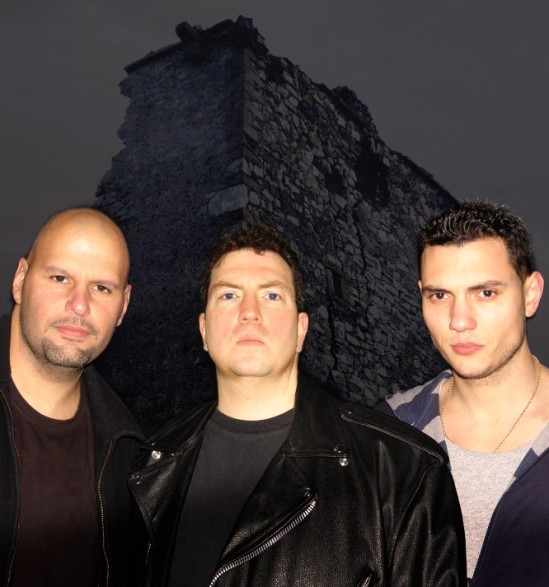 The new album starts off — just as did the EP and my fandom of this band — with “Arise”: ushered in by a gentle waltz combining intricate classical guitar with a background of strings and other orchestral instruments, before giving way to loud and aggressive thrash, hard-hitting rhythms and angry yelling; later the classical guitar comes back briefly as an interlude leading into an even quicker-tempoed section of flailing squeedly guitar solos. Who amongst you can say you aren’t already hooked?

Altogether Of Gods and Men spans about 70 minutes, with 10 songs — six of which had been culled from the band’s early demos, including the three from the Predestined EP, while the rest are seeing the light of day for the first time on this release. Penultimate track “Predestined” is one of the former, consisting of thunderous wild thrash riffs and proto-death storytelling vocals (reminding me a bit of Deceased), while representing the latter group is closing track “SonRose” which combines lengthy orchestral sections with epic traditional heavy metal styles over its nearly-thirteen-minute running length.

In between, aggressive thrash, lengthy progressive song structures, speed metal guitar histrionics, and cinematic atmosphere abound throughout. On that last point, in a recent interview with Decibel Magazine, the band cited rock musicals (like Jesus Christ Superstar) and film soundtracks (such as those from Star Wars and Star Trek movies) as influences on their writing style — fitting, as the album is laid out like a three-act epic drama, designed to be experienced as a single, continuous piece of art…

You can download Of Gods and Men right here: this week (Memorial Day week in the U.S.) it’s available as pay-what-you-can, free for all who have served in the military or as first responders, as a tribute by vocalist Gary Vosganian to his late brother, who had been an active duty Marine. All others are encouraged to pay what they can, or instead may feel free to download the album and then donate to TAPS (Tragedy Assistance Program for Survivors).