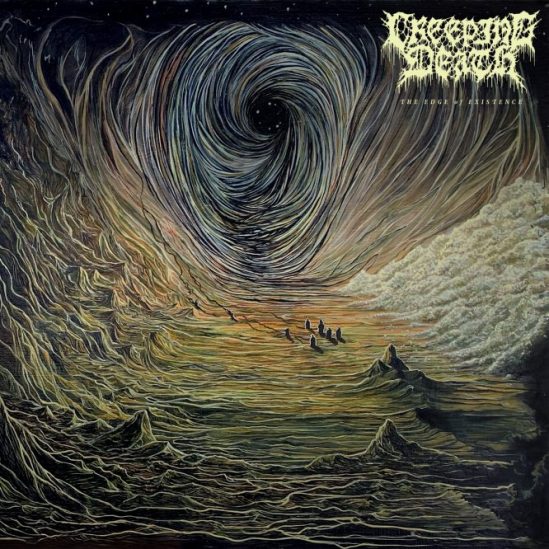 To be honest, I always feel a bit apprehensive when it comes to listening to something that a lot of people seem to be hyping up. Not that I’m intentionally trying to be contrary, or one of those assholes who will only listen to under-underground stuff nobody’s ever heard of. I mean, here I am running a website where the goal is to share stuff I like with as many people as possible! So it’s not that. But whenever some new release has everyone talking about it, tons of anticipatory buzz, when I check it out I usually just end up puzzled as to what all the excitement was about.

Which brings us to Creeping Death, who — besides sharing a name with one of the best Metallica songs and being spoken of as death metal up-and-comers in certain circles — I knew next to nothing about when I hit PLAY on their latest EP.

But as it turns out, I didn’t have anything to worry about here. Immediately the opening track (title track; check out the video below!) hit me with a sped-up Crowbar-esque southern-style sludge riff and I was already sold. Then vocalist Reese Alavi jumped in with their savage growls cloaked in near-infinite reverb, and the rest of the band was off to the races blasting and pummeling and I was more than willing to go along for the ride.

“We aren’t trying to be the most innovative death metal band. We just want to be heavy and fun,” according to guitarist Trey Pemberton. On these six tracks (half of which are re-recorded songs from the band’s 2016 debut EP Sacrament of Death), I’d say that “heavy and fun” objective has definitely been met. “We make music that’s fun for us to play and that we like to listen to ourselves,” the axe-slinger continued; “After all, we’re the ones who are going to hear these songs the most, night after night.” A valid point, but it also becomes apparent that when a band truly enjoys what they are writing and playing, it becomes a much more inviting and satisfying experience for the listener as well. Or at least in this particular case it was. 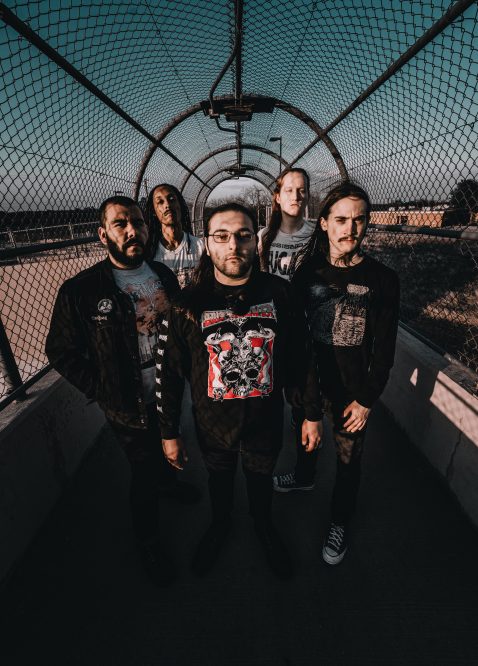 The Edge of Existence EP is available digitally here, or in all physical formats (including various merch bundles) here.

Creeping Death is currently in the middle of a tour with Exhumed — check out the details here.