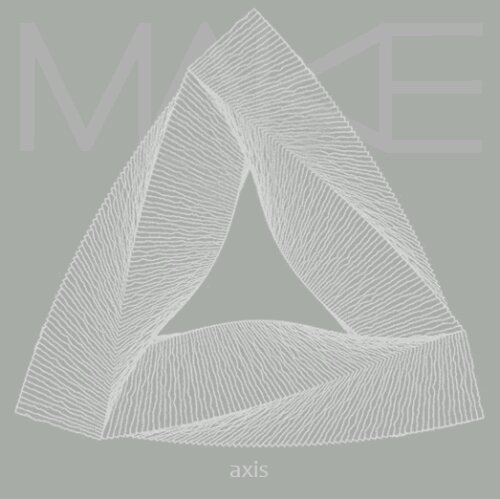 Hellooooooooo out there, readers! I vaguely remember that I used to do this thing where I’d listen to music, and then write about it, and then you’d read it and listen to the music too, and then everyone was happy. I don’t know why I haven’t been doing much of that recently — I guess a variety of reasons which could pretty much be summed up as “life getting in the way” — but I do want to get back into the habit.

Today let’s talk about this EP that was released by the North Carolinian post-atmospheric-ambient-blackish-doomy band MAKE back at the beginning of this month. I told you it would be coming (here and here) and if you’ve been reading my stuff for a while you already know how much I fawned over their debut LP Trephine (reviewed here).

Somehow during the course of all of that, I neglected to share the preview video for the EP — for which I apologize, but I shall make up for it by adding it here:
END_OF_DOCUMENT_TOKEN_TO_BE_REPLACED

Hey there, party people! You might have noticed that I just wrote about these guys a little over a week ago, when I learned that they had a new three-track EP ready to be released at the beginning of next month. At that time, I told you that Axis was being released through Black Iron Records as a digital download on Bandcamp, on the first of November — which is just two more days away, so hopefully you’re as excited as I am about that!

But since that post, I learned even better news, with the promise of even more new MAKE material coming our way in the not-too-distant future!

END_OF_DOCUMENT_TOKEN_TO_BE_REPLACED

So the North Carolinian blackish post-something-or-other band MAKE just saw their album Trephine (read my review here, in which I invent the term “post-atmospheric-blackened-doom-metal”) released on vinyl by Devouter Records not quite three months ago, and the original self-release (online and on CD) was just over four months earlier.

However, they apparently didn’t want to sit around and waste any time before getting back to work, because this morning the band announced that not only had they completed work on a new three-song EP, but that it’s all ready to be released in just thirteen days!

On November 1st, 2012 we’ll be releasing our latest EP, Axis, on Black Iron Records (that’s us) as a digital download via Bandcamp. We’ll include a PDF of liner notes then, but for now here’s the cover art [above] and tracklisting:

You can be sure I’ll be bringing you more information about this as soon as I know anything new, but in the meantime you can keep an eye on the band using the assortment of links below…