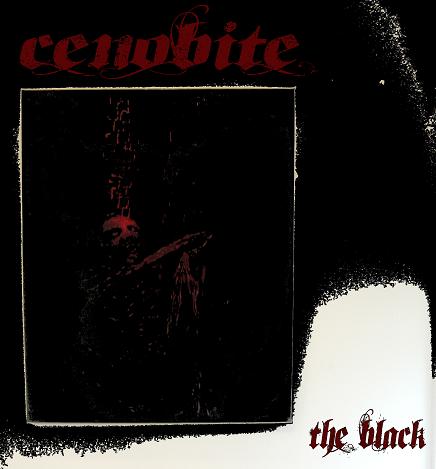 Okay, first of all I feel like I need to clear this up right away: regardless of how it might sound, a “Cenobite” is not a unit for measuring computer memory. Don’t go into your local electronics store and try to buy a 50 Cenobite hard drive or something.

No, as my research has taught me, the word stems from the Greek roots κοινός (“common”) and βίος (“life”), and refers to individuals involved in the practice of communal living, as typified by Buddhist or Christian monks.

Researching a little bit further, I found that the name was also used for the race of formerly-human beings who live in an extra-dimensional void (but can be summoned to earth through a portal created by solving a complex puzzle-box) in the Hellraiser series of movies and comic books.

As I understand it, these creatures were named Cenobites because their apparently-religious-like devotion to hedonism and sadomasochism had ultimately transformed them into a state where they had completely lost all semblance of humanity, just like monks’ religious-like devotion to — well, to religion — inspires them to give up all earthly possessions and pleasures and enter a communal living environment. I guess.

I’d heard of the Hellraiser series before, but never actually knew anything about it until I read all this stuff earlier today. The funny thing is, the brief overview of the characters, and the synopsis of the first film’s plot that I read, both sounded awfully familiar to me — when I remembered that there was a Mortician song that incorporated a lengthy sample (as many of their songs do) where they talked about these demon-like beings who’d been summoned by using a box, and then they wanted to take somebody back to another dimension of hellish torture, someone who had escaped from their clutches previously. So I poked around a bit more, and found that the song “Hell on Earth” (from Zombie Apocalypse) did, in fact, make use of a sample from the original Hellraiser movie.

Isn’t it funny how sometimes a quick search on Wikipedia can turn into a whole chain of discovery?