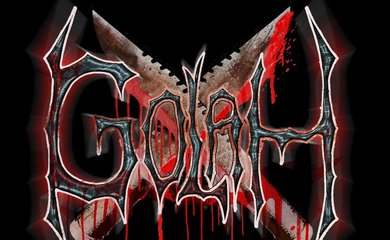 Hello, and welcome to a brand new feature here on Valley of Steel! As you may have gathered from the title, this is intended to turn into a weekly profile of a little-known unsigned band for you to check out. As you might expect, the material here will be of varying quality, but in every case you’ll have the opportunity to listen to whatever music the band has available at this point in their career; my hope is, maybe you’ll find something you really dig, which you might not have heard otherwise. Then, when they explode in popularity and sell a million records, you can scoff at all the bandwagon-jumpers, saying you’ve been a fan since their first demo recording or whatever.

Now, about the rest of the title, in case you weren’t aware, “Signmeto” is a division of the Roadrunner Records website, where unsigned bands get the chance to upload their recordings for other users to hear and rate, as well as (hopefully) to catch the ear of a label representative (hence, “Sign Me to Roadrunner Records”). I don’t know if anyone who uses that website has ever gotten a record deal out of it, so I don’t have any idea how useful it is from that perspective. However, as a music fan, it can be a good resource for seeking out new things to listen to, and perhaps in that way it can be good for the bands as well. That is, maybe they won’t be picked up by Roadrunner, but maybe putting their songs out there will help attract some sort of attention anyway, and get a little bit of publicity for themselves. That’s how I intend to use it, at least; I’ll be digging through the Signmeto archives for some hidden gems, and then sharing them with you, dear reader.

So kicking things off this week is my favorite find (so far) from Signmeto, Golah. This Palermitan death metal quartet (Salvo Castro, guitar; Michele Ignatti, bass; Gabriele Mazzola, vocals; Antonio Leta, drums) really grabbed my attention back in spring 2011 with their incredibly skillful playing and top-notch songwriting. A few months later, they sent me a message asking me to check out the newly mixed/mastered updated versions of their songs, and I was even more blown away.

On their artist page at Signmeto (here), you can hear three songs, and each one is a definite highlight. The common thread here is old-school traditional death, but with enough of a groove to really get your head bobbing. Besides that, though, the overall sound is simply HUGE, with several guitar parts circling around the bassline (which is, in every case, just fucking amazing); listening through headphones, I found that every single part is clearly discernible because they all occupy their own sonic spaces, but when added together, the whole arrangement serves to fill your entire head with awesomeness. Every inch of it.

All four members of Golah are obviously very adept at their individual parts, and I can’t find a single complaint about anything in the songs they have presented. From the killer bass riff (again, fucking incredible) that jumps in toward the end of “Symmetry of Gravity/Shining” to the drum intro that leads into the slightly groovier “Narcissism,” every sound here — as well as the overall package — is nothing short of impressive.

It’s my understanding that the band released a four-song demo called Cerebral Collision near the end of 2010, but I have not seen any additional information about this release. However, I would assume that the four songs are the same ones that are found on the band’s Youtube channel (three of which are also featured on Signmeto). If any of this sounds good to you, you can check out their Facebook page or their Myspace, because hopefully someday soon we’ll be hearing a lot more from these guys.

I hope you enjoyed this post – please check out the band, and let me know how you feel about them in the comments below. Until next week… if you happen to stumble across something you think is worth sharing (or if you are in a band that is trying to get your music heard), just drop me a line here. Thanks for reading.