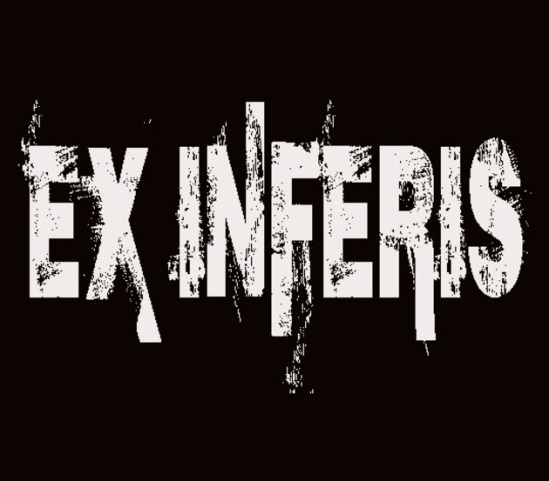 Hello, Readers!  Once again it’s Monday, which means it’s time for the “Signmeto” Unsigned Band of the Week feature.  As you know by now, this is where I write about a band I’ve discovered on the “Sign Me to Roadrunner Records” website (usually because they’ve written to me asking for a review of their music).  The process goes something like this: I listen to their songs, and I tell you all about them, then you can go listen to them, and bingo! you’ve found a brand new band to fall in love with, and that band has a new devoted fan.  Everyone wins.

Today I would like to share a band from Bandung, Indonesia called Ex Inferis.  That latin phrase (which literally means “from below” or more colloquially, “from Hell”) is also the name of an album by Sweden’s Naglfar, and the two bands happen to share a similar style of melodic blackened metal.

There are two songs available on the band’s Signmeto page.  First, “Darah Pembalasan” (“Blood Vengeance” in English) is a pretty good piece of blackened death.  The drums and guitar riffs are often a little more into death metal territory, but with a lot of reliance on cymbal crashes and an overall trebly quality that draws inspiration from the black metal end of the spectrum.  The vocals, too, are kind of a harsh blackened rasp, which I will assume are in Indonesian, although I unfortunately know next to nothing about that language so I cannot identify any of the lyrics.  The twin guitars sound pretty great, whether they are in unison or playing counterpoint to each other, especially in the duelling solo (I guess you’d actually call that a duet, huh?) between about 2:15-2:40.

The second song is “Kekal Dalam Gelap” (literally, “Eternal in Dark”), and it brings a little more of the melodic, as well as the blackness.  This song finds the guitars employing a little bit more tremolo riffing, but it also has plenty of melodic guitar lines as well.  In particular, between about 2:45-3:10 sets fairly major-key melodic guitars part against a rather blackened-sounding background.

Both of these songs sound great (go check them out at Signmeto Roadrunner Records), and will definitely leave you wanting more.  Sadly, there is practically no other information available on the band on that profile — aside from the fact that they formed just last year in Indonesia, and consist of the following members: Azrael ov Haze, guitar and vocals (also of the band Haze); Ov Maggot, guitar (Samestreet); Battle Axe, bass (Disastrous); Sendris Endria, drums (Deceit); and Or Vallium, live “additional” bass (God Evil).  Normally, I try to provide you with better data than just that, but despite some exhaustive Googling, I only was able to find a Youtube Channel and Soundcloud page, both of which appear to belong to the band’s guitarist/vocalist.  I guess some bands prefer to remain relatively anonymous and stay in the underground, although without a page on Facebook or MySpace or anything (that I’ve been able to uncover, anyway) it might be a little tricky for you to keep tabs on this band; at the very least, though, Signmeto and Soundcloud do offer the ability to send a message…

2 responses to “The “Signmeto” Unsigned Band of the Week: Ex Inferis”