This post goes out to anyone who will be in or around the Pittsburgh area this weekend and can’t find anything to do: GET YOUR ASS OUT TO SOME SHOWS, because there are some awesome ones happening all three nights!! Check out the details below, and get excited! 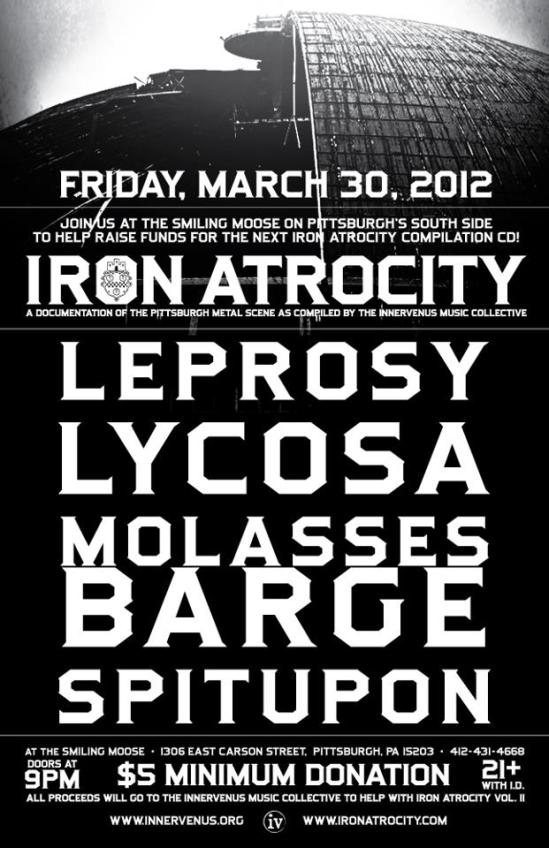 You’ve seen me talking about Iron Atrocity, the free compilation of the Pittsburgh metal scene many times before, and for good reason. There’s lots of great stuff on the first volume (don’t belive me? Download it here!), and there promises to be just as much awesomeness when the second one rolls around.

Innervenus, the local record label and music collective responsible for assembling this compilation, held a Kickstarter fundraising campaign recently to help finance the production of the CD. That was mostly successful — at least, enough pledges were made to cover about two-thirds of their target, while the Innervenus staff ended up supplementing the remainder out of their own pockets.

Well, some nice folks decided to throw together another benefit show to help offset some of those costs, and that show is happening this Friday night.

If that isn’t already too much excitement for you to handle, there’s plenty more on the way… 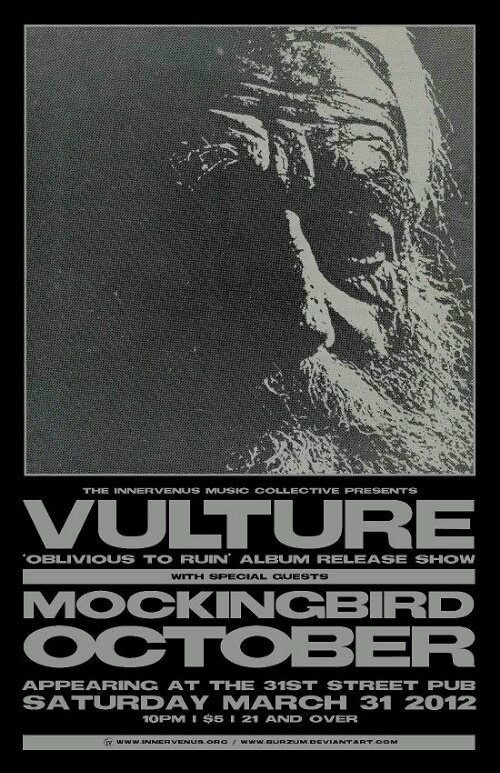 I know you’re already frothing at the mouth about this one, if you’ve heard any of this “Steel City Sludge” that was released yesterday by Innervenus. If you haven’t, well go read my review of the album, then get yourself a CD or download a copy today!

And finally, an ALL AGES show on Sunday evening! And it starts early enough to get to bed for work or school Monday!

The Beautiful View featuring Ernie and the Berts and More!

I’ve written about Ernie and the Berts before, and they are really nice guys as well as good friends of this blog.

To be honest, I don’t know anything about the other bands on this bill, but you can read a bio of the headliners at the event page (above).

To get your tickets ahead of time and save a few bucks, get in touch with Ernie here!