Hello again, readers.  To paraphrase a certain local musician’s recent post on Facebook, there are like 8,000 killer shows taking place right here in Pittsburgh this month!   It seemed like about half of those were taking place last weekend (see here for a summary of those), but there are tons more going on this week too!  Some big names, and some not-so-big but who have been talked about frequently on this very blog… details below. 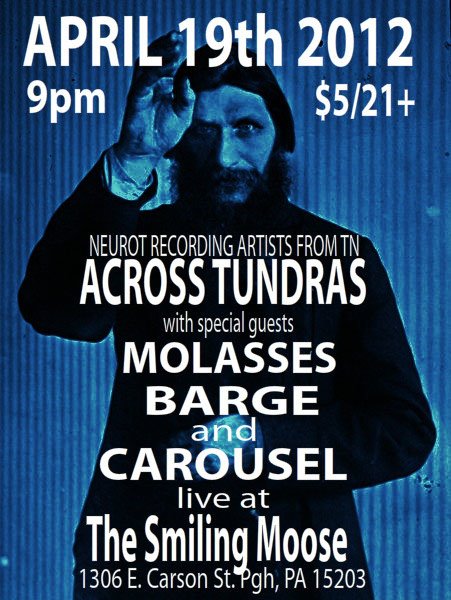 Across Tundras with guests Carousel and Molasses Barge

I just posted about the Across Tundras tour about two weeks ago; here’s your chance to catch these Tennesseans in Pittsburgh, alongside local support acts Carousel and perenniel Valley of Steel favorites Molasses Barge. 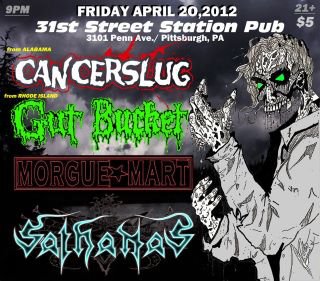 This sounds like it’ll be a pretty sick event, full of filthy punky metally nastiness. Cancerslug are coming to visit from Huntsville, Alabama, and bringing along Gutbucket from Rhode Island. Rounding out the lineup are Pittsburgh’s own Sathanas, and another VoS favorite, Morguemart. 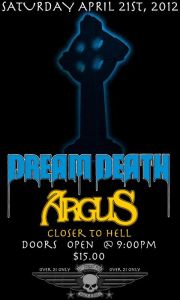 Dream Death Reunion Show, with Argus and Closer to Hell

I don’t want to beat this to death, since I’ve already talked about this show quite a lot, but yeah, this is kind of a big deal. The legendary Dream Death, getting back together for just one show. As I understand, pretty much every source of tickets is already sold out, with the exception of buying them directly from drummer Mike Smail (see the details in the original post about this show), who had a few still available the last I heard. Also appearing are two other great local bands, Argus (see a recent interview with them, by That Devil Music, here), and Closer to Hell (profiled here). 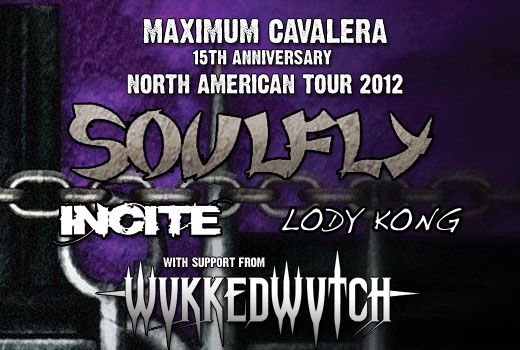 I wrote about this tour here, and reviewed Wykked Wytch’s new album here. They are currently supporting Soulfly, along with a couple of bands that contain Max Cavalera’s kids (it appears). Plus, local hardcore band Stinkpalm Death (presumably fans of classic British grindcore as well as Kevin Smith movies), and Storm King (who are fronted by Scott Massie, head of Innervenus Music).

RSVP here and here, and order your tickets here!

Now, don’t let me hear anybody say they don’t have anything to do!