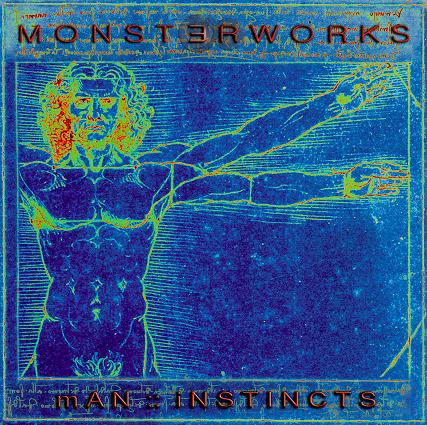 Despite all my attempts to stay alert and focused on doing my job, I think I might have accidentally dozed off a little bit just now.

And let me tell you — I had one fucked up dream.

Picture this: King Diamond and his band, Chris Cornell and the rest of Soundgarden, Rob Zombie, Glen Benton and the rest of Deicide, and all four dudes from Mastodon somehow all met up at a party, where they ended up playing cards and drinking and having a good time, and suddenly they decided they wanted to collaborate on a musical project. All of them.

Naturally, with so much talent in the room, nobody could decide who should be the vocalist, so they figured the only fair way would be to let everyone sing — sometimes they’d take turns, or sometimes they’d all join together in like this massive heavy metal choir. Something like the chorus in the Blue Öyster Cult song “Extra Terrestrial Intelligence,” just on a much grander scale.

Another issue arose when it came time to start writing songs, since they all came from such diverse musical backgrounds. But this supergroup soon discovered that they at least had some influences in common — all the great old-school metal, proto-metal, and hard rock bands. So they let this sound be the foundation for their new music, and as they began working together on the songs, they found that the little bits of death metal, stoner metal, thrash, NWOBHM, and whatever else kept creeping into the writing process seemed to mesh together surprisingly well. (I know it doesn’t make a whole lot of sense — I told you it was a pretty crazy dream!) 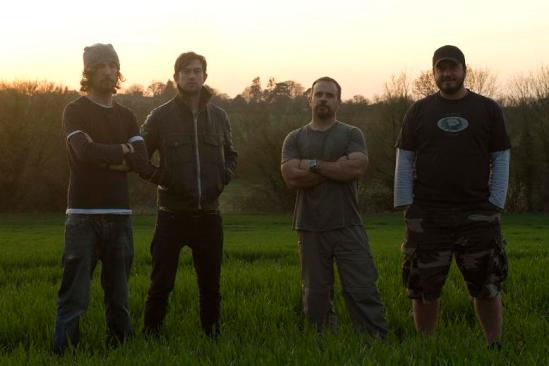 After I woke up again, I felt like I needed a short walk to try to get myself re-oriented. Passing by the bathroom mirror, I noticed that there were lines across the side of my face, probably from pressing against my headphones when I passed out on the desk…

Anyway, I figured another cup of coffee would be a good idea, so I grabbed one and then sat back down. Feeling a little bit more lucid now, I remembered that there was some new music I had downloaded and planned on listening to. It’s a free download (for a limited time), so I also remember wanting to write a little something about it to share with you.

Following their initial DR (digital release) several months ago of Ion Vein‘s IV v1.0 (read about that one here) — which, as you may remember, was a three-song sampler that’s free to download, and eventually is intended to be part of a full-length album — Mortal Music is back with another DR. This time it’s a trio of tracks from the London, England, band Monsterworks, which they call Man::Instincts.

The band’s singer/guitarist talks about the new release in this vlog:

As the photo up above makes clear, this band only has a total of four members, and the lineup in their bio only credits one of them as a vocalist (Jon, the one in that video), so… that seems pretty normal, I guess. It’s too bad, because I just can’t seem to shake the amazing and interesting music I remember from that dream I had. Anyway, I’m going to go listen to this now, and you can do the same — just grab the FREE download through Bandcamp:

One response to “Out Last Week: Monsterworks – Man::Instincts (FREE Download!)”