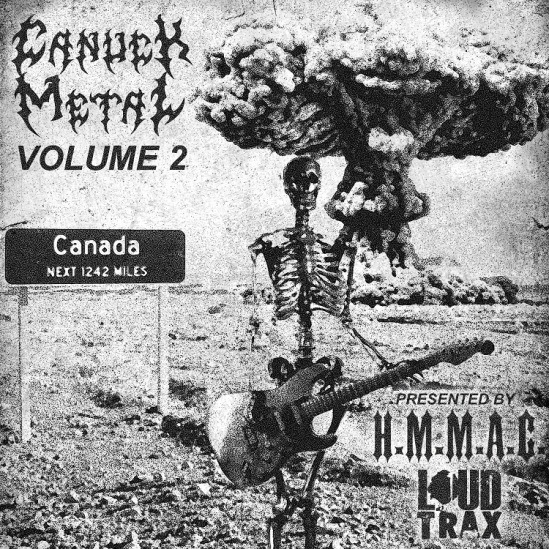 The H.M.M.A.C. recently announced the release of their second collection of Canadian metal music (actually, it was about two weeks ago — the official release was on Canada Day)!

If you missed out on the first volume from back in October, it’s no longer free, but you can still grab a copy for really cheap right here from LoudTrax.

Spanning a variety of hard rock and heavy metal as wide as the Canadian countryside itself, Canuck Metal Vol.2 includes an hour’s worth of songs from a bunch of bands that might be familiar to you, and some that might not be but should be!

7. Nephelium – “Merciless Annihilation”
(If this song sounds familiar to you, it might be because these Dubai ex-pats previously released it as a free download, which we discussed back in January.)

8. Project Mars – “Don’t Hold Back”
(This song also might sound familiar to you, since it also was previously released for download, as I mentioned a few weeks ago.)

13. Tribune – “The Succubus”
(Another song that you may have heard before — the album it comes from, Elder Lore/The Dark Arts, was reviewed here, and that post also told how to download this single for free.
Furthermore, in this more recent post, I shared the “Succubus” video as well as telling you about another free track you could download from this album!)

Grab your free copy of this compilation from LoudTrax here — note that it does require a promo code to activate the download, but that code is conveniently provided immediately above the download link!

2 responses to “Get Yourself Some FREE Canadian Metal: Canuck Metal Vol. 2”