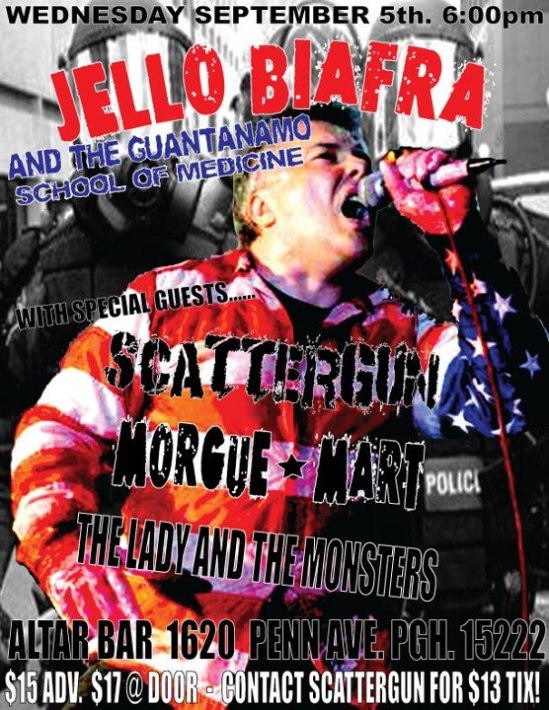 Jello Biafra and the Guantanamo School of Medicine

with Scattergun, MorgueMart, and The Lady and the Monsters

Alright folks, you know who Jello Biafra is — former Dead Kennedys frontman, who went on to invent pudding pops, and then embarked on a long solo career that has involved a combination of spoken word and music projects.

Fast forward a couple more years, Jon’s brother Andrew Weiss has replaced Gould, who went back to doing the Faith No More thing, and now the band is on tour, with a stop in Pittsburgh tonight!

Joining them at the Altar Bar will be Pittsburgh’s own Scattergun and Charleroi’s MorgueMart (both of whom put on shows that come highly recommended by this blogger!) as well as The Lady and the Monsters (a punk band, who I don’t really know anything about — yet — besides the fact that they come from California, PA).

Buy tickets from Ticketfly here, get more information from Drusky Entertainment here, then RSVP to the Facebook events here and here.