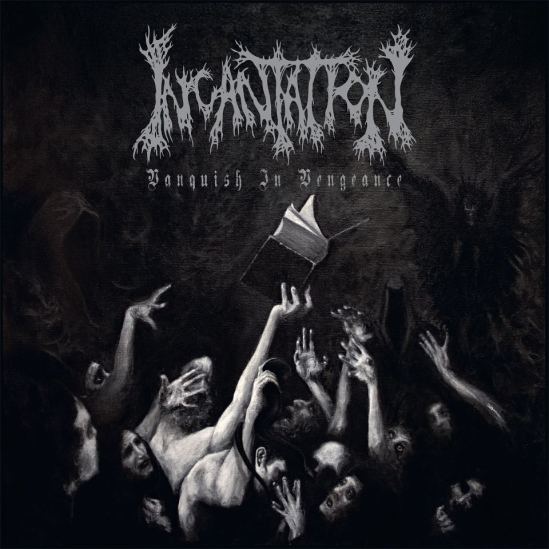 After more than two decades, American death metal pioneers Incantation just keep going and going, showing neither any signs of slowing down nor any inclination to follow the latest fad or change their style… despite the fact that sole original member John McEntee is now working with (if my counting abilities are accurate) the three-hundred-eighty-seventh different line-up of the band since its inception in 1989.

In the years since then, Incantation has made its mark as one of the very first bands signed to Relapse Records (growing alongside that label during their decade-long relationship), and as one of the originators of the New York Death Militia sound (remaining very close to former labelmates Mortician, and even sharing bandmembers with their NYDM brethren from time to time). In addition to having an ever-shifting cast of characters, the band has also called various locations its home — New York, Ohio, and Johnstown, PA.

Throughout this history, Incantation has put out numerous demos and EPs, participated in countless splits and compilations, and released a total of eight LPs. After a trek through Brazil earlier this year and several stops at European festivals during the summer, the guys have returned home to the States and announced that album number nine would be arriving sometime next month via the label that has handled their past few releases, Listenable Records. 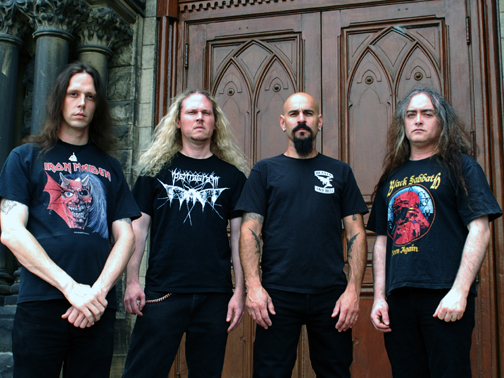 I would like to thank everyone on behalf of Incantation for making this festival run our most successful to date. To get the opportunity to play for so many diehard death metal fans was absolutely amazing. We are especially thankful to all our supporters for giving us a warm welcome at all the festivals, you guys were amazing and totally raging every day.

To the [hordes] of thousands that littered the fests of this past run. Old friends and new, brothers [with] whom we shared a stage, and the unmatched support of the staff of each fest respectively. It’s my hope that our performance reflected the metal rage that you gave us, Hails!

For those of us who weren’t able to attend any of the European festivals, here’s an example of what we missed, taken from France’s Motocultor Festival:

Having arrived back home and immediately getting back to work, the band has revealed that their forthcoming release will be a concept album entitled Vanquish in Vengeance.

The title track is about the massacre of Saxons in the town of Verdun in 782, called on by order of King Charlemagne.

As an album title it has a different meaning to me. Vanquish in Vengeance symbolizes the long history of the band. We have fought many battles over the years to keep things going. We have always stayed true to our original vision and have never caved into trends. After a long wait between albums we are back with a vengeance with some of our darkest and heaviest material to date.