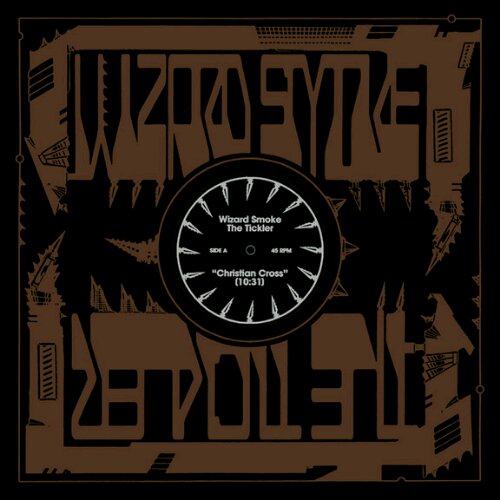 In a world that often feels overrun by generic stoner/psychedelic metal bands, where you can hardly turn around without running into another group of hirsute Big-Muff-pedal-stompers, who use more drug references per song than an entire Cheech and Chong movie that co-stars Bill Hicks, and who often get complimented on the cool fog machine effects during their shows when in fact they don’t even use one…

I think you get the idea. Anyway, in spite of all of that, Atlanta, Georgia’s Wizard Smoke have always stood out among the crowd, to me; their output easily meeting the standards set by some of their more famous fellow southern U.S. contemporaries, as well as that of any of the similarly-named bands you might think of, either across the country or across the pond.

My deep appreciation for this group began the very first time I heard one of their songs — that being the opening track from 2009’s Live Rock in Hell, the confusingly titled “II”. The rest of that album and the 2011 follow-up The Speed of Smoke both maintain a pretty consistently high quality of material, but “II” remains among my absolute favorites across the entire genre.

I guess the point I’m trying to drive home is, if you are a fan of all things fuzzy and sludgy, and you also enjoy harsh vocals that often veer into blackened territory, you really ought to be familiar with the Wizard Smoke catalog. Lucky for you, I’ll have some helpful links later on. 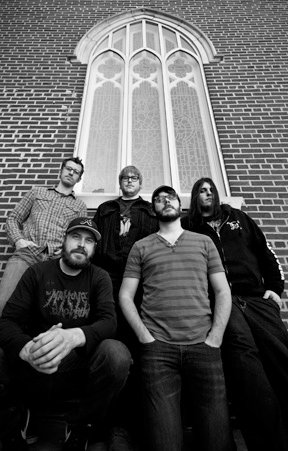 “Christian Cross” and “Old Snake” are the two songs that make up this EP, each being right around ten minutes in length, so for those of you who aren’t so mathematically inclined, the whole thing runs approximately twenty minutes.

The first track (or, side A, if you order a vinyl copy) sees the guys starting out at a fairly brisk trot, as though they had been anxiously (or even impatiently) waiting to share its fuzz-laden riffs with you. Before too long though, just like a Walkman with its batteries nearly discharged, the band settles into a more familiar low-tempo sludgefest throughout the rest of the song.

The vocals here are raspy and just a bit venomous, along the lines of those predominantly found on Speed of Smoke, although here they may be mixed just a bit more prominently (or perhaps, a little less distant-sounding). Enhancing the atmosphere, we find some keyboard parts — mostly sustained chords using some sort of a synth pad sound — hanging in the vacancies between the guitar riffs and the vocals, adding touches of darkness and gloominess to the overall mood.

On the flip side, or track two if you’ve downloaded it, the pendulum swings a bit in the opposite direction on the stoner/sludge continuum. Great heavy riffs abound here as well, but the vocals definitely take a step in a cleaner direction. Still not anything approaching a melody, naturally, but more in a stoner/grunge/noise yell-singing kind of style.

I’m not sure I fully understood the song from a lyrical standpoint — there is a lot of discussion about someone putting the titular snake in their mouth, although that person seems worried about doing so. That’s perfectly understandable — I’ve seen Temple of Doom, and the scene where they are eating that snake really grosses me out, too. But the song’s narrator seems pretty reassuring, saying that it doesn’t taste that bad (although he avoids the cliche of comparing it to chicken).

The part that confuses me is the mention of being on one’s knees — but I suppose it wouldn’t be too strange for a different culture to have different mealtime traditions. Just like in Japan where people typically sit on the floor around a low table, perhaps there is some group of people who kneel at the table when they are eating snakes.

But anyway, I’ve mentioned several times before that I don’t usually pay as much attention to the lyrics as I do to the musical components and the overall sound. As I mentioned before, both of those are, once again, pretty much spot-on.

Check out The Tickler at Bandcamp:

The EP is currently available to order on vinyl at the Wizard Smoke webstore, but hurry! Physical copies of their previous two releases were also made available but have long since sold out.

However, all three are still available for downloading — The Tickler, The Speed of Smoke, and Live Rock in Hell.