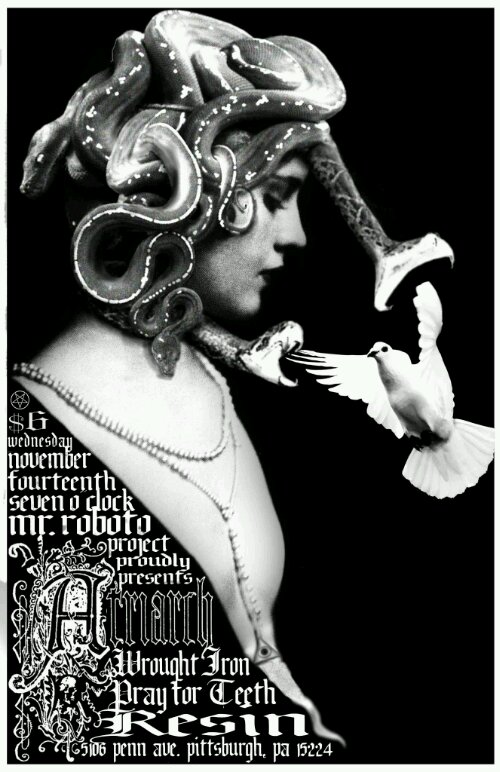 with Pray for Teeth, Wrought Iron, and Slaves BC

at the Mr. Roboto Project

was named “album of the week” by MSN Entertainment when it came out at the end of October.

For more info about the band and what they do, you can also check out this interview with Cvlt Nation, from just prior to the album’s release.

Joining them at Mr. Roboto will be an assortment of local hardcore/black/grind/death, including Pray for Teeth, Wrought Iron, and (as a last-minute replacement for Resin, who had to drop out of the line-up) Slaves BC (who just played there on Monday, so it seems like they’re getting plenty of mileage out of their new material!).