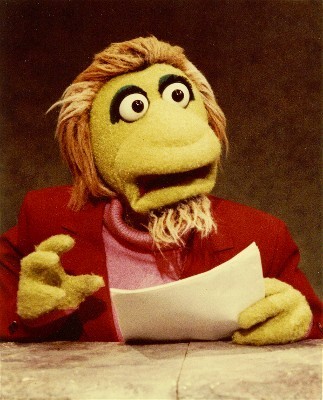 Hey, good afternoon! We’ll be returning to our regular schedule of album reviews and snarky remarks shortly. But first I wanted to pass along a couple of tidbits that have hit my in-box courtesy of Earsplit PR. Apparently there will be some new material emerging in the near future from two bands who both happened to be among the most impressive live acts I’ve seen in the past year: Inter Arma and Today is the Day. Also Inter Arma has a shit-ton of tour dates coming up over the next couple of months, including a stop in my nearest metropolis — and perhaps a city near you as well. You’ll find the full list below. 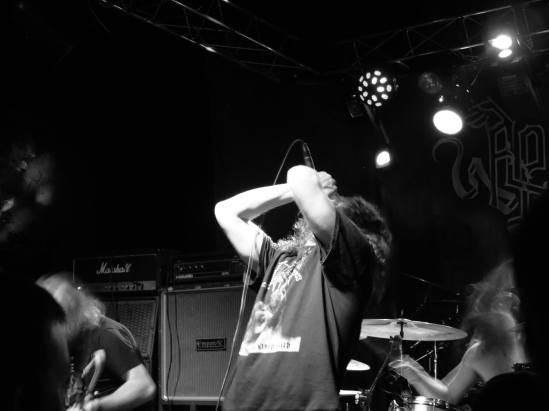 Inter Arma are a fairly recent discovery for me. I knew practically nothing about them prior to seeing them appear with Black Tusk, Forged in Flame, and Arkona in Cleveland, Ohio, last November. But at that show — I don’t know if maybe it was a result of having already seen each of those other bands and already knowing what to expect, or what, but Inter Arma really just blew me away. I’d have to describe them as having the core of a Floydian progressive-psychedelic rock band, which is buried inside a thick black metal outer shell. Pretty mezmerizing. And they’ll be out on the road around the U.S., as well as making their very first appearance in various parts of Europe, over the next few months.

But if that wasn’t enough, it’s just been announced that the band have been involved in recording a brand-new EP which should be seeing the light of day soon (following up their highly acclaimed 2013 album Sky Burial). While only including a single track, The Cavern reportedly clocks in at a staggering forty minutes of material. Recording and mixing of the new release, which is said to include appearances from members of Windhand and U.S. Christmas, among others, is nearly complete. Stay tuned for further details — as well as an official release date — to be announced in the near future. 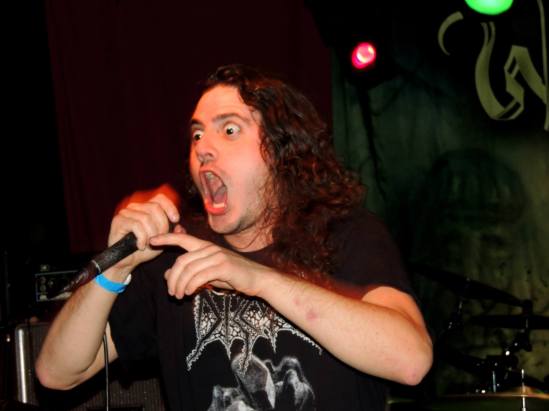 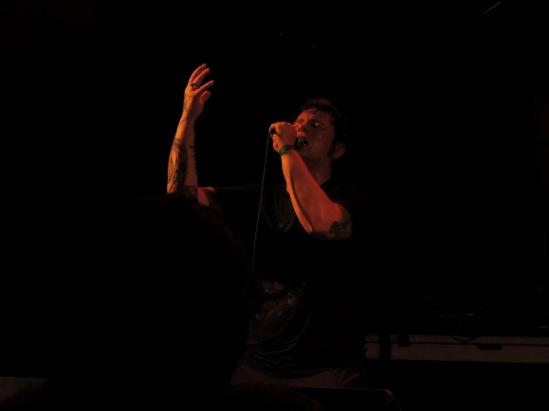 On the other hand, Today is the Day is a group I’ve been familar with for well over a decade. The brainchild of vocalist/guitarist Steve Austin, plus whomever he happens to be surrounding himself with at a particular moment, this project has continually evolved over the years, but whether the medium is harsh noise, violent grindcore outbursts, or lengthy ambient post-metal soundscapes, one constant has always been that Today is the Day communicates pure, raw emotion and pain. With yet another brand-new lineup, the band is currently in the process of assembling its tenth album.

Austin describes the upcoming fifteen-song release as “my finest work to this date. … the most complex and heavy metal/noise record we have ever made. … No bullshit Protools crap; just pure violent energy and real band songwriting in the middle of the woods in Maine. I was determined to push the limits in complexity, musicianship, and creativity as far as we could and I feel we have put together a record that narrates the horror and pain that we have been living through.”

Joining the band’s sole permanent member for this chapter of its history are drummer Jeff Lohrber (lead vocalist, guitarist, songwriter, and recording drummer of Enabler), and bassist Sean Conkling (engineer at Tempe, Arizona’s Burning Blade Studio, as well as a multi-instrumental contributor to numerous other bands). Additional information on this release — as well as the inevitable tour dates for 2014 and beyond — will be disseminated as these details become available.

In the meantime, please enjoy this video from Today is the Day‘s headlining appearance in Pittsburgh last March — a show that, coincidentally, also featured Black Tusk (whom I would see again later in the year with Inter Arma) as well as Ken Mode (who will be joined by Inter Arma on most of their upcoming American dates).

3 responses to “Good Gnus (New Stuff From Inter Arma And Today Is The Day!)”