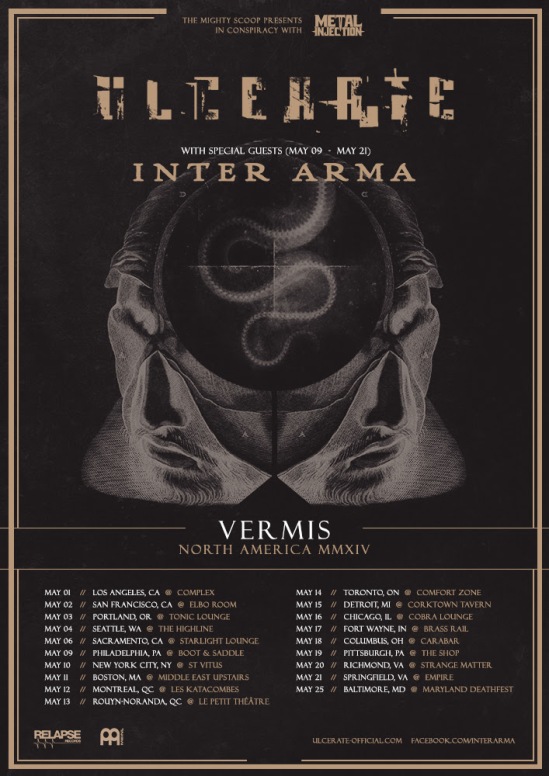 Sometime in the latter half of last year, the bands for this month’s Maryland Deathfest were announced, and as I recall, Ulcerate was one of the names that many people were really excited about. At the time, the name was somewhat familiar to me but the band itself was not.

Well, a bit more recently, my family acquired a new tv which has Pandora Radio built-in — which is nice for putting something on in the background while working around the house, because previously we’ve had Sirius-XM satellite radio through a satellite tv provider, and now these Music Choice channels through our local cable tv company, and believe me, each of those options are equally worthless. So anyway, within the past few months I’ve seen Ulcerate appear a few times (mostly stuff from their 2011 Willowtip release The Destroyers of All) on one of our Pandora stations (I’m not sure which, but possibly Agalloch, which is a household favorite), so finally I can see what all the hype was about.

Anyway, getting back to my original point, the New Zealandian band is heading for the eastern U.S. for an appearance at MDF; furthermore, and seeing as how they just put out a new record a few months ago (Vermis, their first release via Relapse), apparently they decided to make the most of the trans-oceanic trip by hitting a whole bunch of stops across North America along the way.

This tour, presented by Metal Injection, will be the band’s first appearance in this part of the world since they had a mini tour in conjunction with an appearance at MDF back in 2012. Fellow Relapse artists Inter Arma will also be appearing on a handful of tour dates. See below for the full list, and then keep reading for a peek at Vermis… 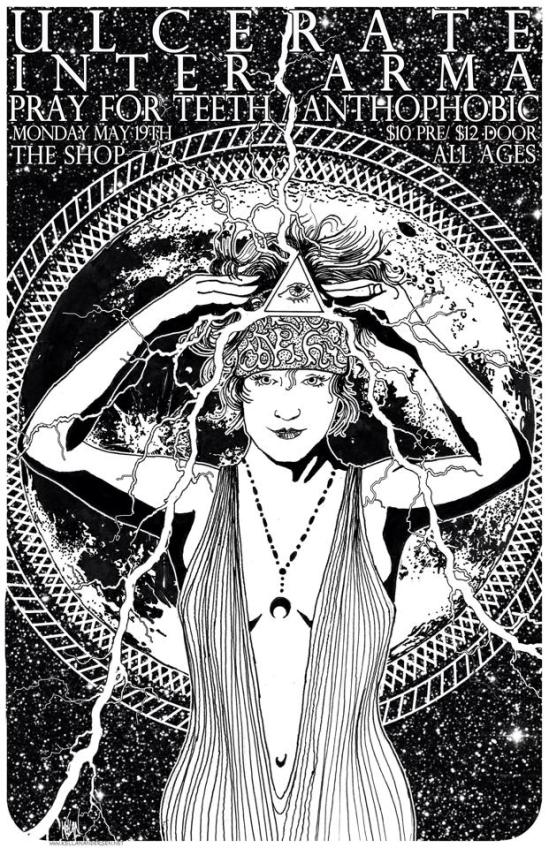 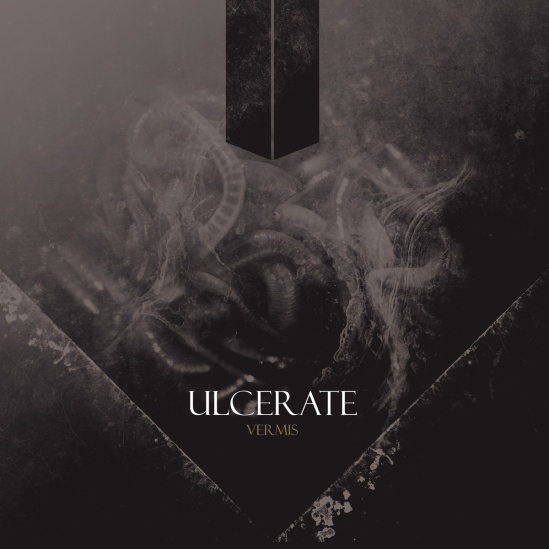 So it’s kind of funny that I mentioned Agalloch a little bit ago — not because the two bands necessarily sound alike (anyone who’s used Pandora knows to take their recommendations with a grain of salt), but because they both introduce a similar dark and moody atmosphere into their respective genres.

I’ve seen Ulcerate described as a harmonization of Neurosis and Morbid Angel, which is kind of accurate, I suppose. Except that they definitely would be more clearly identified as falling within the technical death metal arena. They’ve got all the standard hallmarks of that genre: blastbeats galore with break-neck tempos, time signatures that are constantly shifting around suddenly and unexpectedly, sweepy guitar arpeggios, that sort of thing.

But the unique thing about this music is the overall tone; as I said before there is a particular darkness and gloominess that pervades the atmosphere of all of these songs. Which would be where the Neurosis reference (or Agalloch, if you prefer) would come in — lengthy song structures with layers of guitars that add multi-faceted levels of emotion and depth. Far beyond the normal crunch and bash nonstop aggression that typifies death metal (and a lot of metal in general).

Death metal and black metal share so many characteristics, and so often you see them blended together as blackened death metal, it’s actually kind of surprising how often black metal incorporates atmospheric elements (frequently even going as far as combining post-metal or shoegaze) compared with how rare these combinations are with death metal. Surprising, but it also means that when you do come across an example of it, it sounds fresh and different — not like the same old thing you’ve already heard a thousand times before.

And so, whether you want to call it “atmospheric post technical death metal” or whatever, Vermis is definitely something you should check out — and don’t miss Ulcerate if they’re coming anywhere near you over the next few weeks!