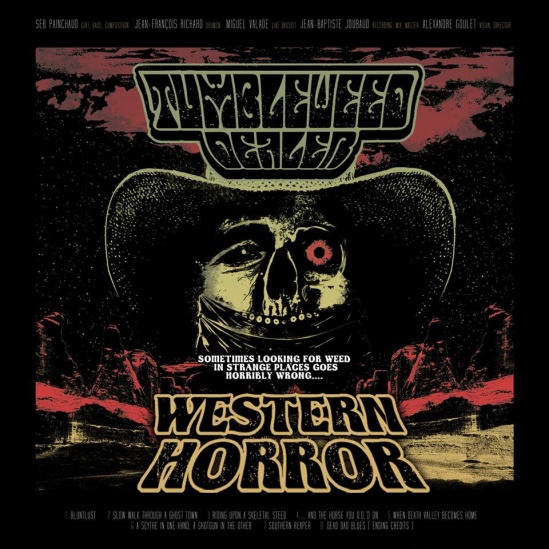 Good afternoon, everyone. Today I’ve got two different albums to introduce to you, which coincidentally have a common thread between them. Released just a week apart, one of these was conceived as the soundtrack to an imaginary western movie, while the other features incidental music that was recorded for the score of an actual western film.

Both of these are purely instrumental affairs, and they’re both more on the mellow side. If that sounds appealing to you, then there’s a pretty good chance one or the other may be right up your alley. So just pour yourself a tequila sunrise, grab a pack of rolling papers, kick off your boots and relax. 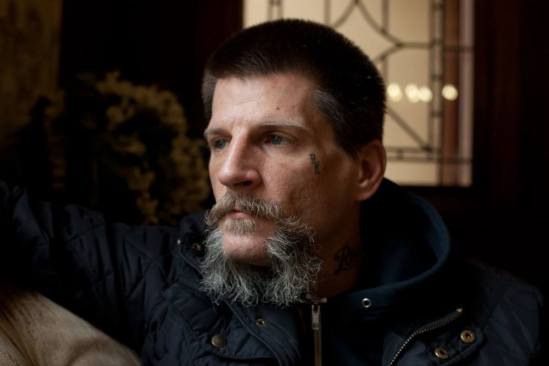 DRCARLSONALBION is the solo project pseudonym of Dylan Carlson, mastermind and sole constant member of Earth (who themselves have a new album due out this September). Gold is the soundtrack album from the German film of the same name, and consists of a series of solo guitar pieces by Carlson.

As I understand it, the movie is set in northwestern Canada at the turn of the twentieth century, following the hardships of a family of German immigrants who have come to join the Klondike gold rush, as they struggle to adjust to the harsh climate and wild frontier environment.

Now, all of the dialogue in this movie is in German with English subtitles, so naturally you wouldn’t want a musical accompaniment that would be too complex or distracting to the audience, who would already be balancing focusing on the visuals as well as reading the translations while simultaneously following the storyline. To this end, the content of this album is almost exclusively simple guitar themes — there may be a few occasional shakes of a tambourine or a smattering of cymbals or chimes showing up here and there, but the vast majority of these untitled (except for designating each with a roman numeral) tracks are uncluttered by anything but guitar sounds.

Given the traditional western theme of the film, the Earth guitarist seems like an ideal fit to contribute to its score: over the past decade or so he’s been imbuing his understated playing style with a markedly country/folk influence anyway. This new album seems like a natural extension of that; scattered among these two dozen sketches, we find plenty of experimentation in slides and bends (especially in “I” and “VII”). The overall tone here has a very old-school vibe, like what one would expect from one of Morricone‘s spaghetti western scores. With a variety of classic guitars played through old tube amps drenched in reverb, plus the occasional tape saturation or crackling noise, this recording definitely has an authentically vintage feel to it.

As you might assume, all of these elements come together to produce some wonderful guitar tones — from the sweet analog overdrive in “II” and “XXIV” (each of which repeat a certain sequence of notes that I can’t help but associate with the intro riff of Pink Floyd‘s “Young Lust”) to the subtle ringing, jangly sound in “XXIII” that brings to mind some of Jimmy Page‘s 12-string electric material (like the strumming in the background of “Tangerine,” or a myriad of other examples). However, one would be hard-pressed to refer to any of these compositions as finished songs; instead, the whole album is filled with various bits and pieces — sometimes brief riffs that are repeated a few times, sometimes jumbles of notes that seem improvised, and in a few of the shorter tracks (“III”, “IV”, “VI”, “XX”) only ambient sustained sounds with few (if any) actual notes at all.

Therein lies my main caveat in sharing this album with you: it’s full of gorgeous tones and interesting sounds, and would make fine background listening, but stripped of the context of the film this music was designed to accompany, I’m afraid the average listener might find it every bit as compelling as hearing someone testing out a variety of amps at their local Guitar Center. (Some of the longer pieces here — a handful of them exceed three minutes in length, with “XXIV” topping out close to five — would work nicely for meditative purposes, but given the fact that nearly half of these tracks are under a minute long — as short as seventeen seconds in the case of “VIII” — the album as a whole may be slightly too disjointed to serve that function properly.) But, as it feels very similar to what I imagine a rehearsal room demo might sound like, where Carlson is working through ideas that might blossom into full-blown songs, I’m sure this collection of bare-bones arrangements will be a “must-own” for die-hard fans of Earth — especially fans of the guitar work in their more recent releases.

You can listen to the first track of the album using the Soundcloud player below, and you can buy it here. 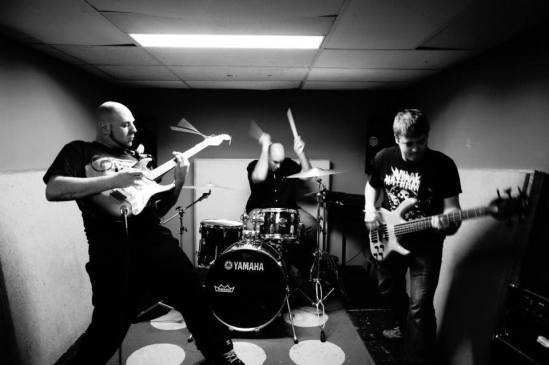 And moving on from Germans seeking Canadian gold to French-Canadians seeking Acapulco Gold (so to speak), we come to Tumbleweed Dealer. I believe this Québécois band first came onto my radar screen some time ago courtesy of Church of the Riff‘s several feature stories about them. Long associated with stoner rock, on their new album this instrumental trio takes the idea of “desert rock” to new heights, by envisioning the release as the companion piece to a fictitious work of western-style cinema.

Between the title Western Horror and that seventies horror movie artwork (with the tagline about looking for weed in strange places), you can sort of imagine the general idea behind the theoretical screenplay this album is supposedly based on — and the song titles help to fill in some of the details for you. Opening track “Bluntlust” — jam-packed with stoner riff goodness, plus just enough of a twang to fit the theme — sets up the story, which will evidently involve our protagonists heading out on an exploratory mission of sorts. The tracks that follow are very appropriately named: “Slow Walk Through a Ghost Town” and “Riding Upon a Skeletal Horse” both have a dark and sinister vibe, and both convey a sense of forward motion, although the former plods along one hesitant step at a time, while the latter canters by much more quickly with bouncy runs up and down the fretboards being traded between the guitars and bass.

“…And the Horse You O.D.’d On” is a repetitive, cyclical piece that increases in complexity and intensity ever-so-slightly over its eight-minute runtime (and check out the cool jazzy bass part right around the halfway mark!) , and “When Death Valley Becomes Home” sort of builds on that same theme with some more down-tempo swirly guitar parts while another guitar comes in on a high-pitched single-note line that adds to the dramatic tension. Speaking of tension, “A Scythe in One Hand, a Shotgun in the Other” opens with some heavy staccato syncopation between the guitars and bass; as this dies away it’s replaced by layers and layers of guitars that continually build until the listener ultimately approaches a trance-like state.

Fitting with its name, “Southern Reaper” again brings a bit of bluesy twang into the riffs, as the bass and drums continually groove along, and then once again a sort of high-pitched tremoloey guitar line instills a feeling of something frightening and unpleasant being close at hand (although the vibe given off is less black metal and more “I, Robot”). The finale “Dead Dad Blues” — which again revisits the dark, moody themes with repetitive riffs that tend to swirl together — carries with it the subtitle “Ending Credits,” implying that our story has concluded pretty much how it was going all along: on a dark, depressing note.

And here’s a fun party game! Find a movie that’s as close as possible to Western Horror‘s 46:56 length, then watch the movie while you listen to the album to see if they synch up!