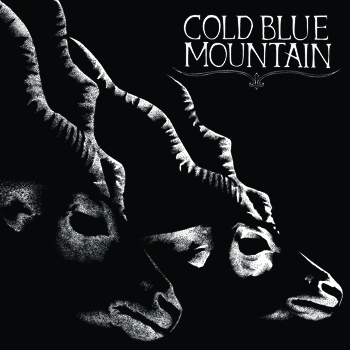 Well, it finally happened. I mean, sure, it was inevitable, but still. In my email right at this moment, I’ve got my first promo copy of an album scheduled for a January 2015 release. So that’s a clear sign — in case the incessant marching past of the days on the calendar (into November now!) wasn’t enough of a clue — that this year is drawing swiftly to a close.

Almost three weeks ago, incidentally, this website hit another anniversary: we’re now entering year #4. I guess that’s kind of cool, but at the same time, that means I’ve been accumulating various music that has caught my attention and that I feel is worth sharing with you folks, from 2011 to the present. Starting to receive material for next year just means that now I’ll have stuff from five different years to write about. Yikes.

The highest priority for me, right now, is knocking out the rest of the reviews from my best of 2013 list, while also trying to stay on top of some of the current year’s best releases — so that I’m not quite so far behind when it comes time to put together the 2014 list. Today I’m going to address both of those concerns, as I write about northern California’s Cold Blue Mountain: their self-titled debut effort ranked in the top half of last year’s best albums (in my opinion), while the follow-up from last month, Old Blood, is definitely among the better records I’ve heard so far this year. Both are available now, and either one comes highly, highly recommended.

2013’s Cold Blue Mountain (originally self-released by the band but then re-released on vinyl by Gogmagogical) hits the ground running, with a super-heavy stoner-fuzz-death-sludge riff. Featuring vocals that are split between deep death growls and hoarse screams (which will become a common theme throughout the remainder of the album), “Branch Davidian Compound” is like a four-minute sonic portrayal of the firefight that took place at the titular location. Starting with the second track, “Time Flies Like an Arrow,” the band brings some clean, echoey guitars into the mix, that produce a post-hardcore/post-sludge kind of vibe. This also will become a recurring concept, as “Dark Secret” introduces a touch of organ hovering in the atmosphere, while “MK Ultra” sets the harsh vocals against a backdrop that occasionally includes piano and pretty, melodic sounds.

While several of the tracks here — “White North” included — seem to exemplify the band’s name (and album title) by using a crushing arrangement that brings to mind an environment that is relentlessly harsh and unforgiving, two of the later songs, “Lone Pine” and “Comatose,” take the listener by surprise: each one is partially based upon guitar parts full of happy-sounding major and augmented chords, and both sort of hint at a melodic sense that could have come straight from any alternative rock radio hit in the mid-90’s; but still they both include the hallmark angry, shouted vocals — providing a nice contrast — and each song also ends up devolving into heavier distorted chords, the sentimental pleasantries losing out to a metal (or post-metal) brutalism. Capping this all off is “MK Outro,” a haunting little piano piece that briefly summarizes all of the feels. This debut album touches upon quite a variety of influences and inspirations, taking the listener on an impressive, if short, journey (these nine tracks average just over three minutes apiece) that shows a great deal of promise and instills a sense of excitement as to how much farther they could potentially go.

Picking up where its predecessor left off (literally; with some lovely and mournful piano leading in opening track “Seed of Dissent”), sophomore album Old Blood contains about half as many songs, but its total running time is almost fifty percent longer. This allows for much more breathing room; more opportunity to explore themes and ideas within each track, and I think the material greatly benefits from this. In that opening track, for example, the vocals come in after an introductory build-up that itself exceeds the length of several of the first album’s songs. As another example, “New Alliances” features a lengthy mellow instrumental mid-section, which more fully develops the post-metal atmosphere that had been strongly hinted at before. This makes the juxtaposition even more effective, when the sludgey, doomy, heavy-as-fuck final few minutes kicks in.

All the songs on both of these albums have a great drum sound, but where it really shines, in my opinion, is throughout “Strongest Will” and parts of “Retreat”: in both of these songs, the listener’s ears are mercilessly pummelled by a collection of crash and ride cymbals which sound like they’re all at least two feet wide and made of half-inch-thich solid titanium. I have no idea what kind of cymbals these are, but I do know that I am in love with them and I badly want to own all of them. Clocking in around twelve minutes, the final song “Demise” has a trudging tempo and certainly takes its time to get to where it’s going, but this epic adventure is worth every slowly measured step of the way. I loved the first album (it was a no-brainer to include in my list of last year’s favorites) but even still, this newer effort has impressed me greatly. Seeing this amount of growth after only two albums, I guarantee Cold Blue Mountain is a name you will want to become very familiar with and a band you will want to keep an eye on!

You can grab your copy of Cold Blue Mountain here, Old Blood here, or listen to both of them at Bandcamp (below).