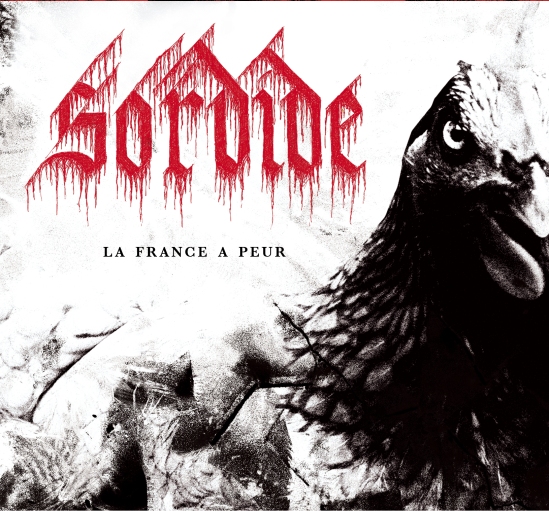 My calendar is lying to me, I am sure of this. How could it possibly be only Tuesday, when it already feels like this week has lasted about sixteen years?? I have no reasonable or logical explanation. Anyway, as I sit here watching the seconds creep by, I might as well get something written to share with you folks. How does some atmospheric black metal sound? What about albums by three different bands, who approach “atmosphere” in three different ways? And — rather peculiarly — what about a unifying theme between all three albums that just might make you want to get up out of your chair and dance? What if all these questions were rhetorical, because no matter what your answer, that’s what you’re getting anyway?

Laster, mysterious and elusive two-piece band from Utrecht, NL, have been firmly on the radar screen of this website ever since they released their incredible EP Wijsgeer & Narreman back in the summer of 2012 (reviewed here). Since that time, they’ve continued to create their oversaturated soundscapes — a sound they’ve started referring to as “obscure dance music” — including the release of their debut full-length De Verste Verte is Hier (“The Farthest Distance is Here”) nearly two and a half years ago. Ever since then, I’ve been meaning to write about that album and bring it to the attention of you, the readers, and today that’s exactly what I’m doing.

The four songs on this album — averaging almost twelve minutes each — are every bit as jam-packed with atmosphere, blending static/noise with multiple layers of music, as the preceding EP was. All of these combined parts within this wall of sound generate so many overtones and artificial harmonics that the overall impression is of slow back-and-forth chords and notes, like baroque dance music — unfocusing your ears and your mind, just letting the music wash over you, you may find sound often resembles a chamber string ensemble more than a black metal band. Alternating bright and bleak moods, the trance is occasionally broken with just atmospheric elements remaining — for example around the middle of “Tot de Tocht Ons Verlicht” where everything else dies away for a short time, leaving something like a church organ and choir-singing (with a bit of agonized screaming somewhere in the background); also, midway through “Ik – Mijn Masker” a slowly descending synth/organ phrase takes over, and then gives way to an impressionistic solo piano sketch throughout the last remaining minutes.

But for the most part, poking through the pleasant façade we find the multitude of levels underneath are in fact black metal through and through; drums and guitars racing each other while accompanied by faraway harsh shrieking or sometimes ghastly shrieking/howling. The music, at its root, is made up of such furiously fast elements twisting and whipping past each other, that it seems like the pure aural embodiment of the meditative spinning practices of Sufi dervishes.

Only in the title track (the shortest here by far, at just six minutes) do things really shift gears: this song employs an ACTUAL dance-music drumbeat, new-wavey synths and krautrock-esque vocoders, for a general darkwave sound. Even still, here the band somehow manages to generate the exact same overall blend of bleak/forlorn/longing/hopeful feeling as is found in the other material on the album.

Sordide (“Sordid” in English, surprise!), who come from the Norman town of Rouen, FR, released their album La France a Peur (“France is fearful“) in late 2014 as well; once again I hope you’ll agree that the axiom “better late than never” is applicable when I have music to share with you.

This album of seven tracks, mostly around six or seven minutes long, is full of the type of lo-fi aesthetic often traditionally favored by black metal and punk rock. In fact, considering the grindy distorted bass in “Ni Nom, Ni Drapeau,” for example, or the quick blast (this one is a mere two minutes long) of “Pauvre Histoire” (primarily a fast black metal piece but with hardcore punk-style vocals), a lot of the material — and certainly the attitude behind it — can be seen as a sort of marriage between these genres.

Other influences do enter into the mix: “Blâme” could be considered a bit more black-n-roll, with its slow walking bassline and guitar arpeggios combined with blackened-death growling; the title track slows down even more into more of a blackened doom feel (although with plenty of blast-beats interspersed here and there). And even further afield, “Gloire” opens in a dark Bauhaus-sounding way, then develops into a sort of ultra-slow eastern European folk-dance, whereas closing track “Violence” is more of a deathly slow waltz with deep roared vocals (sometimes sounding almost playful, in a macabre kind of way). But regardless of what different parts may come and go, however expertly they may be blended together, the overall effect is one of rawness and ugliness.

Our final topic to discuss today is much newer than the other two: Québec’s Cantique Lépreux (“Leper Song”) released their debut album Cendres Célestes (“Celestial Ashes”) just one month ago. The album contains seven tracks, all in the five-to-six-minute range (except the three-minute introduction, an instrumental comprised mainly of slightly overdriven ambient chords).

Most of the album could be considered straight-up atmospheric black metal. Here, by “atmosphere” I’m referring literally to wide-open spaces, and tons of breathing room. This is found especially in the huge drum sound (and in particular the shimmering and clattering of the cymbals), but also reflected in the soaring guitar leads that appear in many of the songs (often as a transition between one vocal section and the next). Speaking of vocals — generally done in typical black metal rasp/screech style, they also have something of an atmospheric quality to them, but a bit more contained: they often feature the kind of reverb that might come from being enclosed inside a box, or at the end of a long, narrow hallway.

The song “Tourments des Limbes Glacials” is an excellent example of this album’s atmospheric sound: starting with a clear, ringing acoustic guitar, then feeling the full force of black metal coming crashing down around it, you can really get a sense of the frozen glacier-filled land of northern Québec, a main source of inspiration for this band’s music. At other times, the layers of sounds (like an echo reverberating back and forth between mountaintops, the sound waves crashing into each other and amplifying some elements while other aspects nearly cancel each other out) tend to take on the oversaturated and harmonic-filled nature that characterizes Laster‘s material. This comparison is particularly apt in the final track here, “Le Mangeur D’os” (“The Bone-Eater,” a phrase which is sometimes used to describe either the osedax or the ossifrage), which evokes a similar dance-music vibe to some of that band’s songs.