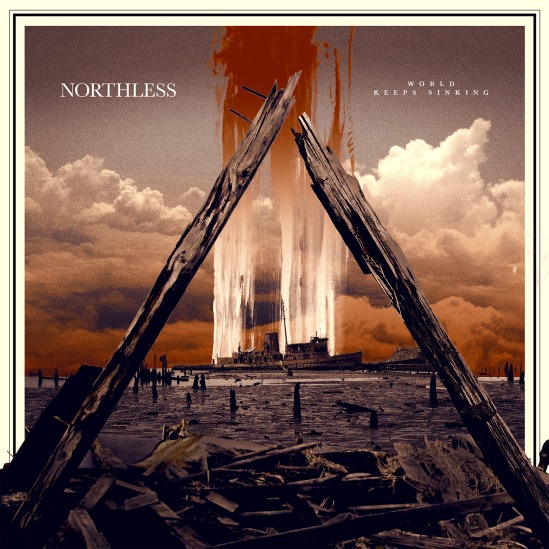 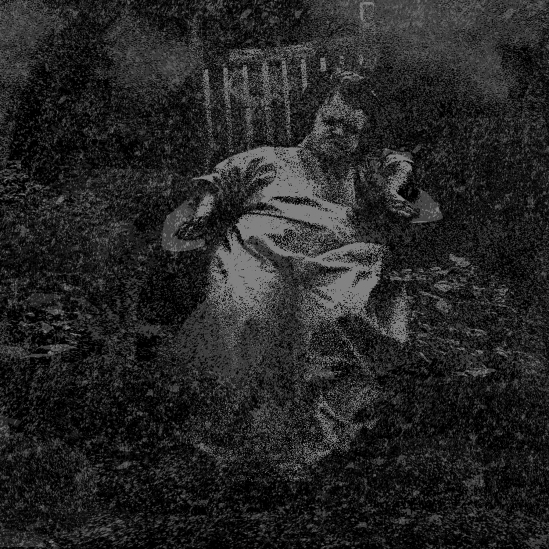 As the end of the week draws near — if you didn’t have enough of Primitive Man after Tuesday’s post, maybe this will do it. Like Fister, whom we discussed on Monday, these Denverites tend to keep themselves pretty busy. Actually, it’s not that surprising to learn, those two bands did a split record together once upon a time! But that’s not what we’re here for right now — rather, I wanted to let you know about a much more recent release: a split that Primitive Man did earlier this year with Milwaukeean band Northless. And that reminded me that a full-length of theirs has been on my to-do list for quite a while (as it happens, 2013’s World Keeps Sinking was that band’s last release until this newer split record). Buckle up, this might be a bumpy ride …

As “Last of Your Kind,” the first of the seven tracks on the Northless record kicks off, it’s a bit noisy, but the somewhat lackadaisical unison guitar+guitar+bass riff actually sounds a bit post-metally. Soon, when a heavier, distorted version of the riff kicks in, the vibe turns rather dissonant and dark, but not really that ugly … yet. Over a slow dissonant groove, harshly grunted hxc-style vocals add a sort of counterpoint against the riffing, settling stylistically into kind of like a progressive semi-blackened sludgecore. But that’s just an appetizer for what’s to come.

The album does have a few gentler, mellower moments, to create a sense of contrast: for example, the eleven-minute “Communion,” which tends more toward the progressive end of things, ends with some softer, clean guitars over the last minute or two, which extends into the even longer “Passage.” The mellow, reverby guitar part that starts off this track increases somewhat in complexity over time, maintaining a fairly dark vibe overall; eventually drums are introduced and even later the vocals come in, again with that sort of prog-hardcore-sludge feeling. (At various points Helmet comes to mind — not that this sounds exactly the same or anything, but there is just a familiar element there.) At one point, the song actually brightens a bit, sounding almost hopeful and optimistic for a short while, before returning to the familiar heavy sludge that dominates much of the record.

At the other end of the spectrum, one of the uglier-sounding tracks is “Kuru” — fittingly, since it’s named for a nasty disease with a particularly gruesome origin story. The title track is a little faster in spots, a kind of grindy sort of sludge, while the shorter “Wither and Escape” is an exercise in punishing noisy heaviness — full of rhythmic pounding and sludgecore hollering. More slow and heavy is the final song “Returnless,” built upon layers and layers of dissonance, reaching alarming heights near the end, before eventually winding its way down, as the album finally fades away in a mass of cymbal crashes and repeated slow-moving chaos.

The new (well, it was new back in March) split record introduces another three songs by Northless, totaling about seventeen minutes. “Deleted Heartstrings” is grimy, aggressive, and chaotic sludgecore; “The 10,000 Year Wound” builds in intensity, trampling everything in its path like a stampeding herd of buffalo; and “Wasted Breath,” the longest of the three at about seven minutes, is an angry mass of feedback and distortion, ultra-slow and bassy.

On the flip side, Primitive Man contribute just a single song: the fifteen-minute-plus “Empty Husk,” which is also feedback-laden, dreadfully slow, deep, and heavy. It trudges decisively forward, despite the dirge-like tempo, and consists mainly of hellaciously, nightmare-inducingly deep vocals. For what seems like an inordinately long time, there’s just feedback and drums and not much else, but later the vocals vocals come back, by now having turned into utterly inhuman roars and growls. Frankly, for this degree of misery to go on for this long is like an exercise in sadism.

Both records can be previewed through the Bandcamp players below. Grab your copy of World Keeps Sinking here, and the Primitive Man/Northless split here.