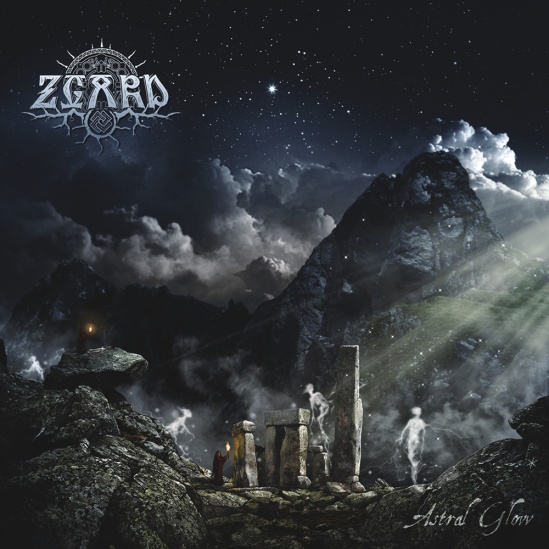 Hey everyone. As promised yesterday, here’s a new review for you. Prior to that, almost a month ago, I wrote a quick little synopsis of last year, including some updates on artists we’d previously discussed, and what new and exciting things have been going on during our little hiatus throughout the last few months. One thing I had forgotten to mention, though, was the fact that during that downtime — about mid-October, in fact — this website reached its five-year anniversary! A lot of things have changed in five years, but a lot of things have also stayed the same.

One thing that hasn’t changed is our main mission, which has always been to discover music that’s worth listening to, and then publicizing it here in hopes of helping it to reach more people’s ears. Another thing that has remained relatively constant is the fact that the second part of that statement (writing about the music) has often lagged behind the first part (finding stuff worth sharing). Sometimes, alarmingly far behind.

Case in point: today I’d like to tell you about one of the earliest submissions we received when this site was still in its infancy, an album that came from the esteemed Russian doom label Solitude Productions, and one that has just reached the fifth anniversary of its release date. While this 2012 record and its follow-up from the next year have long graced my MP3 player as well as my to-do list, I’ve inexplicably neglected to get anything written about either of these. Until now. 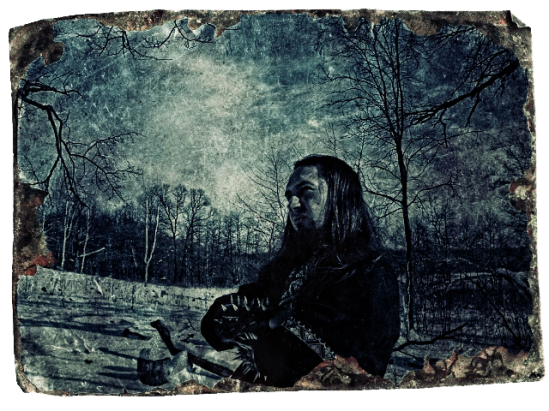 2012’s Reclusion and 2013’s Astral Glow are the second and third albums, respectively, by Zgard — the solo project of Яромысл (Yaromysl), guitarist for folk/pagan metal band Говерла (Hoverla), from Трускавець (Truskavets), western Ukraine, near the Carpathian range (and in particular, the highest peak in the country Говерла, from which the band took its name). In Zgard, Яромысл has combined the folk and pagan influences with a strong flavor of atmospheric black metal; the cold and dark metallic components being supplemented by various flutes and other folk sounds as well as the cavernous ambiance provided by keyboards and synths.

Reclusion starts off with plenty of that cavernousness; the instrumental “Ice Indifference” features some far-off wind noises, giving the impression of hearing the sounds outside the mouth of a great cavern from somewhere deep within. The track also introduces a few different synth sounds, from the breathy lead to the dark and slightly harsh-edged background chords; this bursts into a barrage of blackened-death-doom as the title track begins, although with some odd tinkly synth sounds providing extra ambiance (and adding to the overall sense of disarray between the guitars and drums and everything). Similarly, the rest of the album is characterized by plenty of fast-paced drumming, synth-orchestral elements, dark and brooding atmospheres, with flutes and dulcet synth tones providing counterbalance to the rest. A definite highlight is the closing track “In The Roots Of World Tree,” which incorporates lots of tinkly-chimey synth sounds, pianos, flutes and synth strings; all of these disparate elements (and the disturbingly variably-shifting pitch of the crystalline-sounding synth that appears between verses) thrown together with a waltz tempo produces the overall effect of a sick and twisted carnival of blackened noise.

Like its predecessor, Astral Glow consists of plenty of blackened-death-doom, supplemented by plenty of synths and flutes and sounds of nature (like the hooting owl that makes an appearance in opener “Balance in Universe” and the distant wolf howl in “When Time Comes to Go Away”). Thick and dark and oppressive, the atmosphere here is often simultaneously more black metal, but also more folk metal, than Reclusion. In “Stars in the Night Sky” and “Old Woods,” the harsh, deep snarl vocals are so prevalent throughout both albums are joined in some spots by an epic chorus of clean voices; after the triumphal and atmospheric title track, “Return To The Void” features some soprani vocals and a piano, lightening the otherwise funereal atmosphere a little bit. Closing things out, “When Time Comes To Go Away” brings back the overwhelming chaos, blending the synth and orchestral elements with doomy guitars, harsh vocals, and mile-a-minute drums, to wrap everything up nicely and neatly.

Both albums can be previewed using the Bandcamp players below; for those wishing to purchase a copy, Reclusion is available here and Astral Glow here.