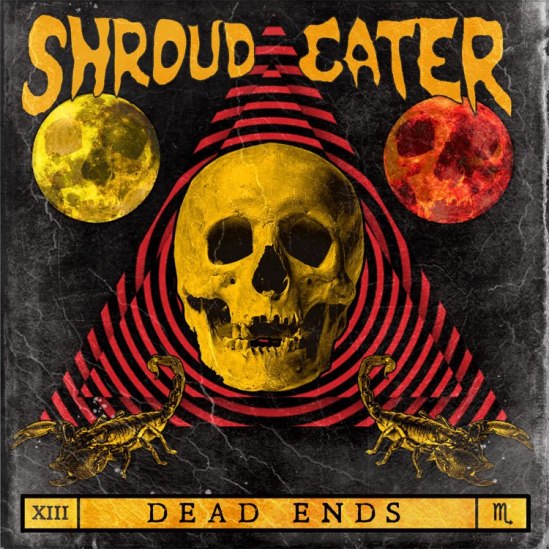 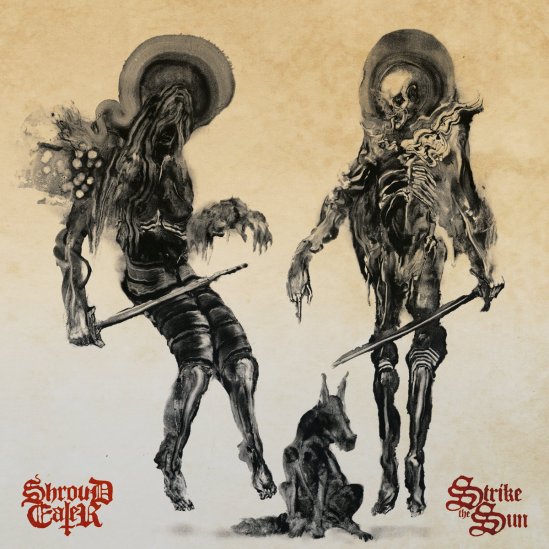 Here’s some exciting news for you this afternoon: Miamian sludge-doom trio Shroud Eater are releasing their first full-length album in more than six years, tomorrow! I just heard it for the first time over the holiday break (so… Tuesday), and wanted to make sure you folks all got the chance to check it out as well. And that reminded me that there were two other items from this band gathering dust on my to-do list, so it seemed like an ideal time to share those with you too! 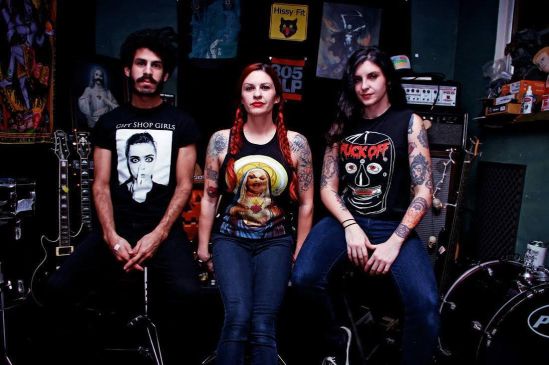 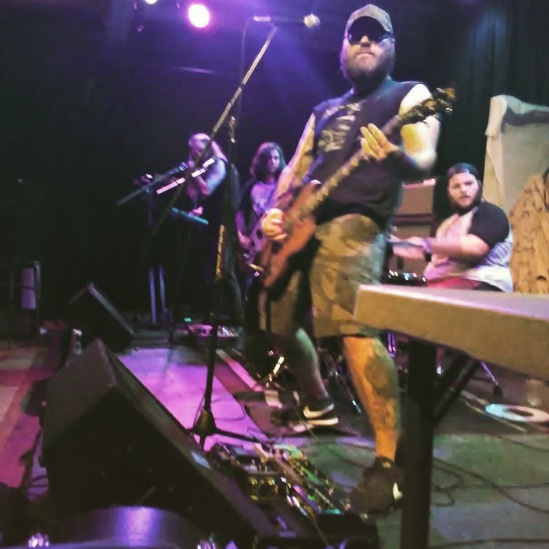 For starters, there’s Dead Ends, the five-track EP issued through The Path Less Traveled exactly four years ago this week. As someone’s first exposure to the band, it works nicely: introductory track “Cannibals” is harsh and noisy, with echoey tribal drumming, a deep and crunchy bass tone, lots of doomy and sludgey elements that will continue to be hallmarks of their sound throughout. Also setting the stage for what’s to come, when the vocals finally enter (it takes a good two minutes of slow, sparse intro before second track “Sudden Plague” really gets cooking) they’re often a sludge-toned roar, but also at times harmonized with clean singing in more of an old-school occult-doom style. The harsh, crunchy bass, lots of yelling, as well as the occasional two- or three-part harmonies (in a Conan sort of way), take us through the rest of the EP ending with thunderously heavy “The Star and the Serpent.”

Skipping ahead to late last year, Shroud Eater is still based around the core of guitarist Jeannie Saiz and bassist Janette Valentine sharing vocal duties, but somewhere in the interim drummer Felipe Torres has been replaced by Davin Sosa. At this time, the band unleashed a new song on a split single with their neighbors from the next state up, Dead Hand. This foursome from Warner Robins, Georgia, contributed a track called “Guaiacol” – filled with ascerbic growls from multiple vocalists and energetic death-sludge riffing, though the song slows way down and meanders through various different sections, reminding me of Gholas (which is always a good thing to be reminded of!) The Shroud Eater side, “Destroy the Monolith,” comes across as sounding a bit more faraway and echoey, with very slow and deliberate riffs throughout, and always accompanied by the ceaseless ring of cymbals.

Finally we come to the brand-new Strike the Sun. Like the earlier EP, opening track “Smokeless Fire” starts off rather noisily, but also incorporates some droney/ethereal elements. This augmentation of the band’s earlier sound adds another dimension to the album: while songs like “Iron Mountain” and “Awaken Assassin” are still super bass-heavy and full of crunchy distorted riffs and ringing cymbals, the vocals are reverby and echoey, old-school-doom-style clean singing, nicely harmonized in the latter song. Going even a step further, “Dream Flesh” offsets thunderous drone notes in the bass with a tinkly guitar part and some really ethereal-sounding vocals. Later tracks do see the reappearance of more yelling (often done in unison or in harmony), although final song “Futile Exile” starts out with angry sludge-style yelling over slow and deliberate doom riffs, it drops off into somewhat post-metal territory partway through, returning to the sort of vocals found earlier on the album, until after a while it all just ends abruptly.

The Dead Ends EP is available here, and you can pick up a copy of the Shroud Eater / Dead Hand split here; both are also available for listening using the Bandcamp players below. Only two songs are currently streaming from Strike the Sun, but nevertheless, do yourself a favor and pre-order a copy here.