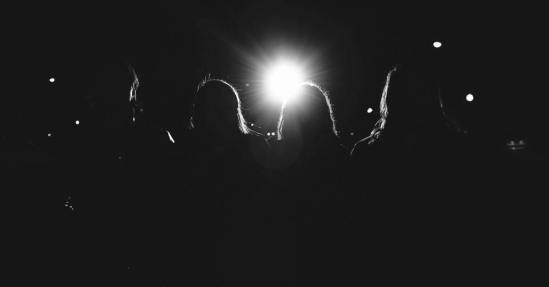 We start out with the Jar of Flies-toned acoustic strumming of “Bury Me Deep” which consists of some folksy clean singing and a bit of bluesy overdriven lead guitar (and just a hint of feedback) before fading away after just a minute and a half. From there the album takes trips in all sorts of directions — often melancholy, often dark, often heavy-hearted, all of which are common components of American folk music, although with the introduction of thrums of distorted guitars and snarled (almost blackened) post-hardcore vocals interwoven through the tapestry, coloration that both underscores and enhances the overall mood.

Sometimes this can seem like a sort of multiple personality disorder — as an example, the song “Canary King” includes some sweet harmonized clean vocals (very similar to those often employed by Brimstone Coven), but then delving into some deep death-growls, and later combining the two with the addition to some tortured shrieks as well. Altogether — you may not remember this, but a few years back I happened to write a review that encompassed two very different bands, one specializing in Americana and one representing the Chicago metallic noise-hardcore end of the spectrum. This Huntsmen album is very much like tossing both of those together, over some ice with a squeeze of lime juice, and shaking vigorously.

Finally, I’d be remiss if I didn’t also address the ‘story’ element here. That IS where we started out, isn’t it? The band has stated that, lyrically, the album tries to wrap its head around “the paradox of American nationalism and pride” considering that wide variety of national origins among its citizenry — as well as the similarly contradictory feeling of being simultaneously “proud of the inclusive and optimistic ideal [America] represents” while also being “ashamed of so much of its past and present.” In fact, the title American Scrap itself reflects the “melting pot” of various immigrants’ cultures that make up this country, just as much as the overall sound of the record mirrors that jumbled amalgam.