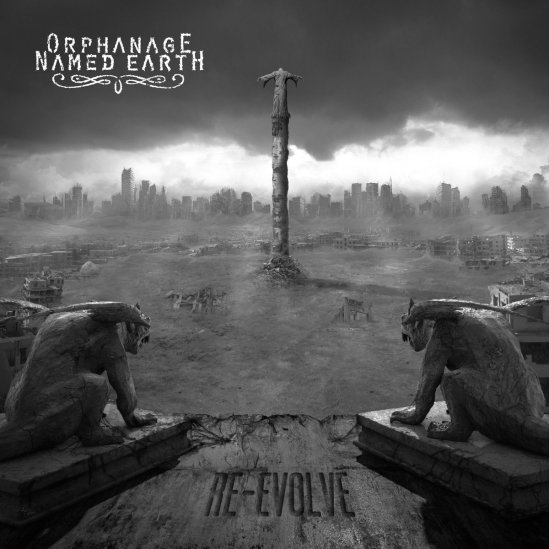 Today we’ve got two brand-new albums to share with you. These were both released last Friday: the debut full-length of Orphanage Named Earth from Poland (a more precise location for the band is not given, but as the album was recorded in Białystok, let’s assume they come from somewhere nearby), and the sophomore LP by Kharkiv, Ukraine’s Soom.

Any fan of things that are loud and heavy, but also thought-provoking, should find plenty to like with either one of these records — or hopefully both! 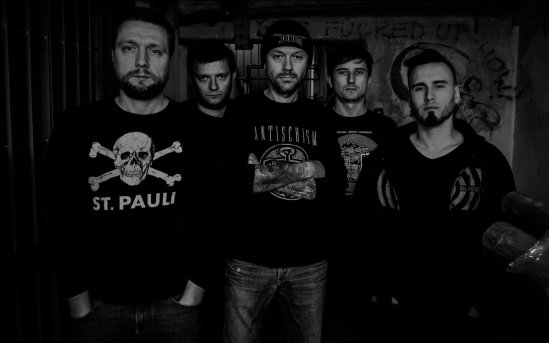 Orphanage Named Earth has been around since 2015, with one self-recorded and self-released demo since that time. Their new album Re-Evolve is described as “romantic thinking about the world of peace, respect for human and animal life, and earth liberation”; or more specifically, the idea that “human thinking needs to re-evolve unless we want to live in the world of wars and exploitation.”

This is presented in the context of forlorn post-hardcore/post-metal intermingled with aggressively crusty d-beat. Huge resounding atmosphere is created by the guitar parts, sometimes delicate and intricate, sometimes a bit bolder, but always emotive and expressive. On top of that, we have some rather rough-sounding hollering throughout; at some point in just about every song (whether it’s somehwere in the middle, right from the beginning, or at various points here and there) the rhythm section leads us into d-beat territory for a while; and elsewhere we find several long, introspective instrumental passages. This intriguing combination of styles has been described by the band members — jokingly yet surprisingly accurately — as “romantic crust.”

In terms of the subject matter, it seems as though they are trying to express an emphatic message, yet an optimistic one — that there may still be hope for the human race and the planet on which we all live, that with some massive changes it might not be too late for everyone and everything. All of this has a rather sorrowful undertone, though; even at the lightest moments (for example, parts of the penultimate song “Orphanage Named Earth” have a kind of jangly wistful feeling, almost like The Cure or The Bends-era Radiohead from a musical standpoint) there is an overall sensation of defeatism — as though they have concluded that despite however passionate they may feel and however much effort any of us may put forth, in the end the outcome will be inevitably hopeless.

Soom (or сум in Ukrainian, which roughly translates to “grief” in English) have had one prior full-length album as well as a handful of EPs and split releases since their formation in 2013. Their Djebars (Джєбарс) starts off sounding like droney, ambient doom — and then quickly devolves into grimey, sludgy noise. Always dark and often bass-centered, the album is filled with echoey and psychedelic sounds.

This way-out-there sort of material brings to mind the likes of Stangala, which is never a bad thing. Tying the whole thing together is the relentless drumbeat — usually thoroughly hypnotic and sometimes sounding almost danceable, while elsewhere as the music crescendos into the highest heights of madness, more like just random crazed bashing and smashing.

Much of the record is instrumental and expeditionary, although there are short interludes between many of the tracks that incorporate spoken word bits. These, if such a thing is possible, come across as even more echoey and psychedelic, shouted within crystalline caverns inside the recesses of the fever dream that a fever dream would have.

Re-Evolve is available to purchase here (digital) or here (CD), while you can pick up Djebars (digital/CD plus various merch bundles) right here.