As we recently announced right here on Valley of Steel, Ghost did come back to Pittsburgh. And as they did 5 years ago, the band again put on a show to remember. For those who didn’t see the show, and for those who saw the show but were left wanting more, the Swedish heavy metal band will be offering something very special soon: a new studio album.

Lead singer Tobias Forge confirmed the album to Metal Hammer in an exclusive interview where he unveiled details of Ghost‘s upcoming LP, including its title — Prequelle — and its June 1 release date.

“There were a few things that I wanted to get in Prequelle that I don’t think had been fleshed out yet, and had very little to do with what came before,” he told the iconic magazine. He then revealed that the album was inspired by the deaths of the band members’ idols, including Ronnie James Dio, David Bowie, and Prince. The band, according to Forge, was particularly affected by the death of former Motörhead frontman Lemmy, who died in 2015 after battling prostate cancer. 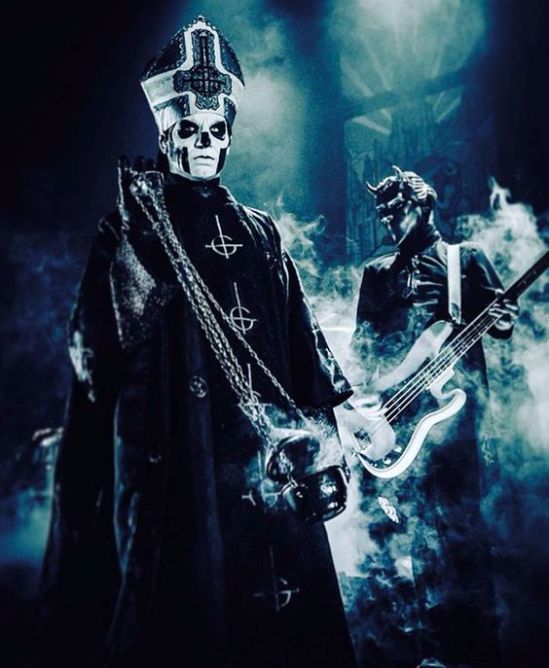 “I think we took people like Lemmy for granted – he was going to sit at our table forever, but now, there is a chair that is loudly empty. It’s definitely affected me way more than I thought it would,” Forge said as he explained the impact of the singer/bassist’s passing.

Lemmy and Motörhead helped re-energize heavy metal in the late 1970s and early 1980s. The English rock act had continued making music and touring the world until 2015 when former drummer Phil “Philthy Animal” Taylor and Lemmy died one month apart. Immediately after Lemmy‘s death, Mikkey Dee (who had replaced Taylor as the band’s drummer in 1992) announced the end of Motörhead. “We won’t be doing any more tours or anything,” Dee said. “And there won’t be any more records. But the brand survives, and Lemmy lives on in the hearts of everyone.”

Dee‘s words have proven to be prophetic as the Motörhead brand is, indeed, alive and well thanks largely to bands like Ghost who are using music to pay tribute to Lemmy and his band. Motörhead‘s legacy has even gotten a boost from unlikely sources, like the WWE, where Paul Michael Levesque, AKA Triple H, has been using “The Game” for his TV ring entrances for sixteen years now. Tributes to Motörhead can be found all across the entertainment industry. The Motörhead video slot game by Foxy Games pays homage to the English rock act, and it has given online fans a novel means to connect again with the band. Ultimately, though, the best way to acknowledge the contributions of Lemmy and Motörhead is through the one thing that made the band famous in the first place: their music. Given what Ghost has accomplished in their twelve years in the industry, all signs point to an album that would make Lemmy really, really proud.

Prequelle will also mark the introduction of “new” Ghost leader Cardinal Copia, who previously made his live debut with the band on April 6 at a private, three-song acoustic, performance in Chicago. The album’s first single “Rats” has already been released, and you can check out the video below.