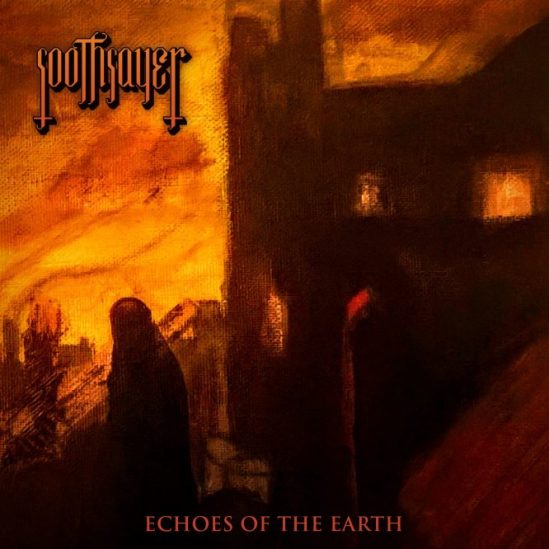 Good afternoon, friends! I’m going to start today with a brief bit of explanation/clarification: the band we’ll be discussing and listening to is one who’ve never been featured on this website before. Long-time readers with unnaturally exceptional memories may note that approximately five years ago I wrote about a split record, half of which was attributed to a band called Soothsayer, who were primarily of the neocrust persuasion (with some blackened and ambient-doom influences thrown in). That band was from Pittsburgh — roughly 30 miles from where I lived.

Well later that same year, I happened to hear about an upcoming release from a band called Soothsayer, essentially an ambient-doom group (with some blackened and crusty influences thrown in). This “other” Soothsayer resides approximately 3300 miles further away in Cork, but their material was equally successful at catching my attention and interest. Unfortunately, I never managed to find a chance to write about it — until now, on the eve of “Irish Soothsayer” releasing their debut full-length.

Released at the tail end of 2016, At This Great Depth is officially classed as an EP, even though one of its two tracks weighs in at more than eight minutes, while the other tips the scales at twice that length. Over the course of all those minutes, the band portrays a rather grim setting: creeping riffs consisting of droney guitar chords from all over the stereo spectrum, underscored by a wandering bass, and held together commandingly by a frenzied flurry of drums. Like the guitars, the vocals start off as a coarse, dark droning, only to later pick up in intensity and turn into a series of piercing howls and roars (also like the guitars).

Four and a bit years later, with one split release and one new drummer in the interim, Soothsayer are now putting out a proper LP: Echoes of the Earth — 217% as long, 300% as many tracks, and about 666% more orange.

The new album starts off droney again, kind of a sleepy haze throughout the entire opening track — and in fact, many of these tracks sneak in mellower or more lethargic introductory bits, seemingly as a way of tricking the listener into complacency, only to rip into some particularly harsh and heavy sludgy doom riffs with agonizing vocals.

For a band whose name literally means “truth-teller” but is often understood to have prophetic or oracular connotations, when they are presenting such a nightmarish auditory onslaught coupled with that hellish inferno artwork, the outlook seems dire indeed. And this listener is totally on board with that.

The Great Depth EP can be found as a NYP download or on CD here, while you can pre-order a download or CD of the new Echoes album (including various t-shirt bundles) right here.