Hello again, readers. As promised yesterday, here’s your to-do list for the remainder of this week (covering Wednesday the 26th and Thursday the 27th). Read on, and then party on. Or something like that. 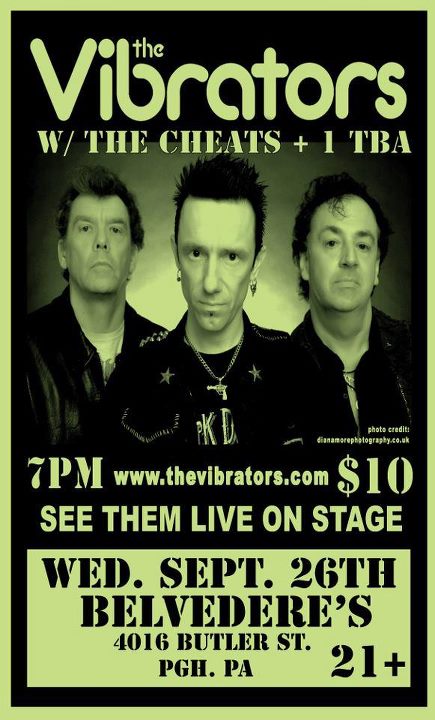 The Vibrators, The Cheats, The Nasties, and The Lobotomites

This Wednesday, get your ears filled up with so much punk rock that your head might literally explode. British legends The Vibrators are coming to town! Joining them at Belvederes will be our own local legends The Cheats, as well as The Nasties from Greensburg, and the very mysterious The Lobotomites! (Mysterious, because it looks like they have a brand-new Facebook page, but there’s no information on it yet.) 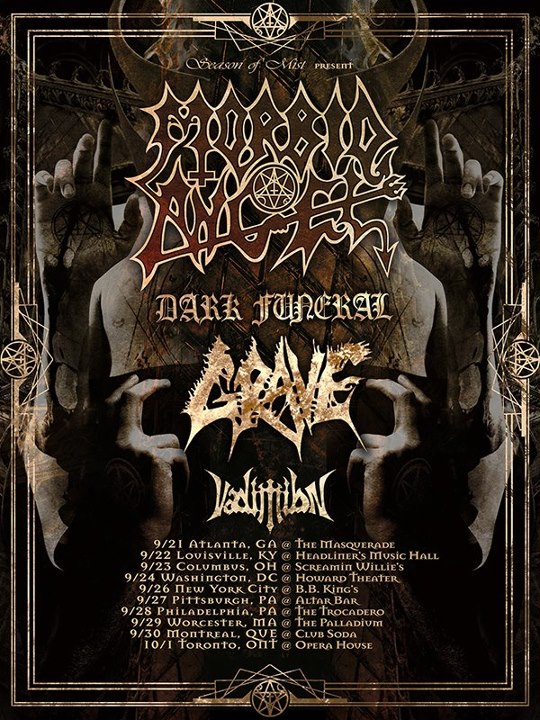 Following the overwhelmingly negative reaction to their latest album, Florida’s Morbid Angel — whose earlier works were widely respected for their huge influence on American death metal — declared themselves to be an “extreme music” band, rather than a metal band. If you remember, we spoke briefly about the current state of their career back in January.

Find more info about this show at the Drusky Entertainment calendar here, buy your tickets here, and then RSVP here and here!