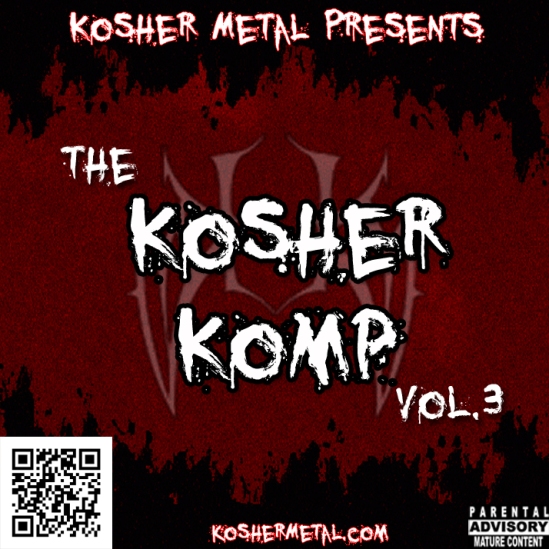 Good morning, folks! If you ever feel sluggish and unmotivated during the day, it’s probably because you didn’t start things out right — every morning routine should always start out with plenty of loud music to help the blood start flowing and the brain to start thinking.

Internet radio station Kosher Metal knows this is true, and so they’ve helpfully assembled another collection of some of the great underground music they play.

You might remember I told you about their second compilation earlier this year. That had some great stuff on it, and a few bands (Mouth of the Serpent, Sangre) that I ended up writing more about later.

Well, as of midnight last night, Kosher Komp Vol. 3 has been released and is now free for you to download!

Promo video for the compilation:

Kosher Komp Vol. 3 (that’s “Kosher” as in “genuine, authentic” — I’m not totally sure, but I don’t think any of these tracks have actually been blessed by a Rabbi during production) includes songs by:

But anyway, enough with the jibber jabber — here’s where you can download it: